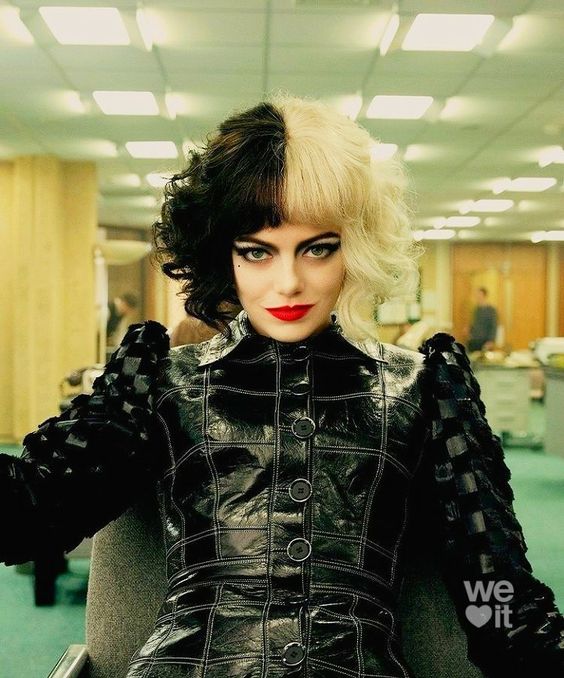 Cruella Deville or Cruella Cringe? That is the question.

I recently watched the 2021 Disney Cruella movie, starring Emma Stone. This is yet another live action Disney remake that revolves around the villain who infamously kills dalmatian puppies to create morbid yet glamorous fur coats.

The movie focuses on Cruella’s backstory, where it is revealed that her real name is Estella. The movie portrays her difficult childhood and shows one crucial moment in her life that sparks her hatred for dalmatian dogs.

The plot follows Cruella up until her adult life, and at a certain point, she turns to her darker side and embraces her cunning personality, who she calls “Cruella.”

There are plot twists in this movie (which I will not spoil), as good movies should have. The plot is good, and it successfully achieved my attention and interest.

I found myself wanting to know what was going to happen next, yet I was firmly sitting in my seat, not on the edge of it. The movie was filmed and directed very well, with wonderful and fascinating shots.

The costumes that Cruella wore were always eye-catching and entertaining. The ‘70s is my favourite decade for fashion, so naturally, I enjoyed the time period that the film was set in.

However, the biggest issue for this film was the lead actress. Emma Stone is a reputable actress, starring in many successful films, but in my opinion, Stone was the wrong person for this role and many other viewers shared the same opinion that I have.

Emma Stone also takes on a British accent for her role in The Favourite. After seeing these two films, I think it is fair to say that Stone should not be chosen to play a British character.

Naturally, most viewers would associate her with these types of films. While actors can indeed change the type of character they play in movies, it is not always a success.

So, when Stone took on this role of a sly villain, it simply did not make sense. She is not harsh enough or intimidating enough to play this role. Throughout the whole movie, I was never convinced that the character I was watching was a villain. It just felt like watching a film in which someone is dressed up as the wicked character for Halloween.

Instead of viewing Cruella’s character as evil, intimidating and devilish as her surname, De Vil, suggests, Cruella just ended up being cringey. Every threatening and wicked sentence that Cruella said just fell flat and I found myself almost wincing at how cringey it sounded as a dark threat came from the friendly looking face of Emma Stone.

Unfortunately, this overshadowed the film for me. I watched the Disney movie, Maleficent, starring Angelina Jolie as the villain from Sleeping Beauty. Jolie successfully portrayed a cold and evil Disney character and I think she would have played the part of Cruella just as well.

I have enjoyed Emma Stone’s other roles, but after this one, I do not think she’s the right fit for evil and cold characters. But I am certain that she must stay away from British accents!