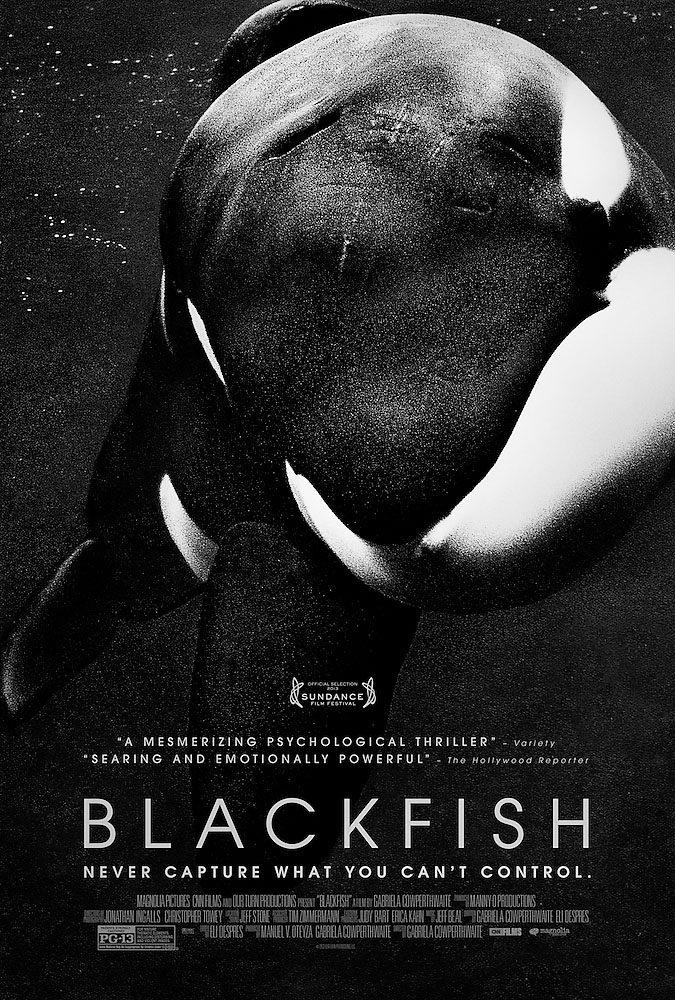 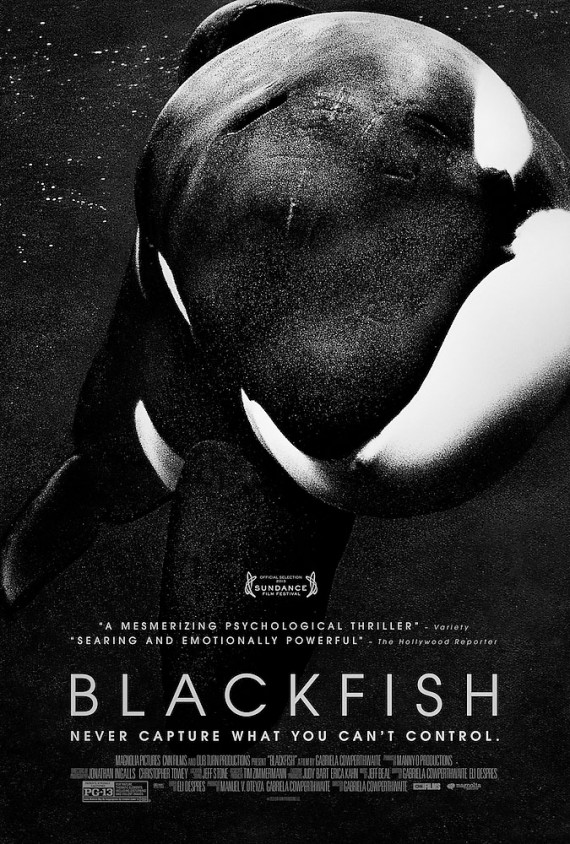 A standout quote from this film is “If you were in a bathtub for 25 years don’t you think you’d get a little psychotic”. This is in reference to the type of living conditions that whales in SeaWorld live in on a daily basis. The film I’m talking about was actually released in 2013, to wide critical acclaim. However I feel that because of the uproar at present surrounding the poor health of the film’s principal focus: Tilikum. Orca was another word used in referring to the whales.

This documentary style film was directed by Gabriela Cowperthwaite and it documents the controversy around Tilikum, a huge killer whale directly responsible for the deaths of no less than three people, including head trainer Dawn Brancheau in 2010. The film serves to highlight the cruelty these animals face and the mental trauma caused to whales living in captivity. The film itself also aimed to end killer whale shows in all marine type parks like SeaWorld.

The film shows the viewer how killer whales were captured, how the orca hunters herded the pods into lagoons with dead ends separating calves from their mothers. Also the film documented how SeaWorld began breeding orcas within the marine park. Also shown is the trauma female orcas go through when separated from their calves.

I will think you have a heart of stone if you are not moved by this film, I remember watching this for the first time in the summer of 2014 and sitting there with a huge hollow feeling in my chest. What is most startling about SeaWorld is the amount lies told to so many of the workers and trainers there. A standout moment was when a SeaWorld worker told spectators that a killer whale would normally live only 30 years. This is untrue, as zoologists know for a fact that killer whales in the wild live almost the same life spans as human life spans, if not longer. This is roughly 80 years. This further highlights that impact that captivity has on these beautiful creatures.

It is amazing to me how much impact this film has made in the three years following its release. SeaWorld reported an 85% drop in income in the second half of 2015. People began protesting outside SeaWorld, petitioning for the orcas to be set free and to end shows containing killer whales.

As shown in the film, Tilikum no longer works with trainers. He usually performs for about ten minutes, on his own and is returned to a tiny pen where the lights are turned off. This is heart breaking. At the time of this review being written (March 2016), Tilikum is reportedly suffering from a bacterial infection, however some are disputing this saying that SeaWorld is lying about other ailments the 34 year old whale may be suffering from. SeaWorld have made an announcement that they have decided to move with the times and cease breeding whales and also will begin to “phase out live performances using orcas”.

I implore you to watch this film if you still support SeaWorld and the “entertainment” they provide. While the film shows SeaWorld in nothing but a negative light I hope that you will also do your own research after watching the film.