An Focal’s TJ Galvin says that the likes of Gary Neville and Roy Keane are digging holes too deep in order to defend their former teammate. 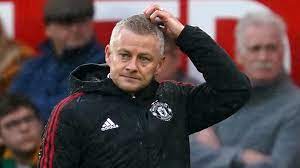 Gary Neville and Roy Keane are two of the best pundits on Sky Sports at present. But the manner in which they are dancing around the issue of Ole Gunnar Solskjaer’s future is threatening to diminish their credibility.

Both are ex-teammates and friends of Solskjaer but does that reduce their responsibilities to their audience? Everyone can see that he is struggling and all the pundits who are backing him are in danger of tying themselves up in knots.

There are a lot of ex-United players in prominent positions in media at both BT and Sky. Paul Scholes and Rio Ferdinand are the main punditry line-up on BT Sport for their big games.

Michael Owen is another former United man who did not play with Solskjaer but the Norwegian was at the club in a coaching capacity when Owen was there.

Ferdinand and Neville are particularly compromised when it comes to their punditry. Both were central to Solskjaer getting the job on a full-time basis.

After the PSG game in 2019, Ferdinand memorably slammed a piece of paper down on the BT Sport desk and said Man Utd should offer him “whatever contract he wants”.

Neville’s post-match interview was extremely sycophantic, “Ole Gunnar, I have three very quick questions for you: How long would you like on your contract? What would you like your salary to be? And where would you like the statue?”

Given those statements, it is hardly surprising that neither man is eager to call for Solskjaer’s head. Keane is also reaching ridiculous lengths when it comes to defending the Norwegian.

After the Man City defeat last weekend, he said the manager would be better off out of Man Utd: “He came into United at a difficult time. He’s managing one of the biggest clubs in the world, but if you’ve got bluffers on the bus with you and you’re dependent on Shaw and Wan-Bissaka, Ole, you might be better off out of it.”

Ferdinand inserted himself squarely into the story of Man United’s season as he was heavily involved in the machinations of Cristiano Ronaldo’s return to the club.

He has been very dismissive of any criticism of Ronaldo’s part in United’s poor form as a team since his arrival. While Ronaldo has scored several crucial goals, particularly in the Champions League, there is a legitimate question to be asked about his overall effect on the team as a whole as they are certainly playing worse than last season – One would have to question Ferdinand’s objectivity.

Neville is always keen to give Solskjaer the credit for United finishing second last season but when it comes to apportioning blame for poor performances it is on the players.

Neville changed the face of punditry in the Premier League when he replaced Andy Gray as the main pundit on Sky in 2011. He brought a new level of insight and he forced other pundits such as those on Match of the Day to up their games as well.

But ever since his stint in management with Valencia during the 2015/16 season he has been a diminished presence on tv. It seems the scars from that experience have left him extremely reticent to criticise any manager.

Incidentally, Neville has been very weak on the takeover of Newcastle United by the Saudi Arabia Public Investment Fund. He has said that the Premier League were correct to allow the takeover: “Everyone is talking about…the killing of journalists, human rights issues, the fact that women are not treated equally or properly, the fact that there are LBTQ issues and people are in prison. In my view, rather than saying, ‘Go over there, we don’t want you near us.’ I want them to talk to them around the table and take on the challenge.”

After he basically led the charge against the proposed European Super League last April, it is a disappointingly feeble attitude to abhorrent human rights abuses.

Solskjaer will probably remain in his job until the end of the season, partly due to a lack of credible alternatives, and partly because the Glazers appear to be happy as long as United are in the Champions League places.

The longer he stays in the job the more the likes of Keane, Ferdinand, and Neville are in danger of losing what little credibility they have left.