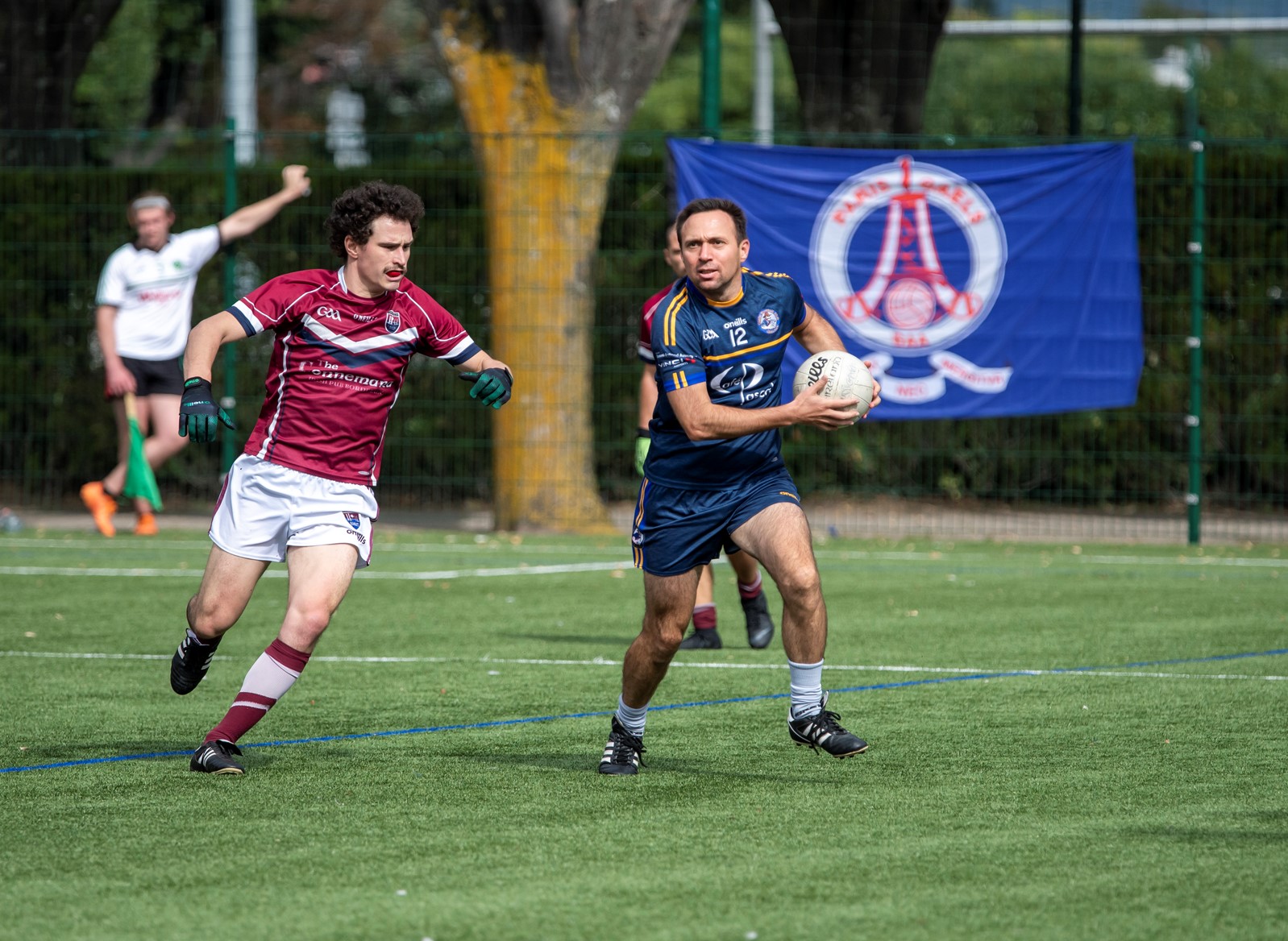 Finding a GAA club in France is like finding a nice baguette in Ireland. It’s difficult but it’s possible. Gautier Fernandez started playing Gaelic football in 2017. Since 2018, he has been the communications manager at the Clermont Gaels club, based in Clermont-Ferrand.

This club was established 12 years ago. “At the beginning, it was only an association dedicated to Irish dance. Then, it diversified itself to become a sports association”, Gautier explained.

“The oldest clubs in France have been active for almost 30 years. The oldest one is Paris Gaels GAA, which started its activity in the early 90s. They started with hurling training and now they offer all Gaelic games.”

In France, there is a national federation, Fédération des sports gaéliques, which tries to make these sports more popular. In the beginning, this federation was only about Gaelic football. It changed its name this year to include hurling/camogie, Rounders and Gaelic handball.

“Bordeaux, the current French champions, are a great association. The big clubs are located in Paris, where there is a lot of Irish people, and in Brittany. In this region, these sports are really developed. Their Celtic origins link Brittany and Ireland.”

In Brittany, they have junior squads. That isn’t the case in other French regions. The federation organises some tournaments and leagues. “It’s part of a national strategy. They also try to implement actions in schools. Some people go to these schools to introduce these sports to schoolchildren”, Gautier added.

“The aim is to publicize, creating partnership and organise meetings. On a local scale, these partnerships mean a lot. Each club tries to reach an agreement with a bar, so people can meet and watch games.”

The federation and clubs are modernizing their social medias and their website, which are important for their growth. “Not long ago, we made a new logo for our website. It is crucial because people can see who we are”, explained Gautier.

Thanks to that, more and more people are interested in these sports.

“I can see this growth on the scale of Clermont-Ferrand. This season, we have more than 60 members in the club. This number has been increasing for many years regionally and nationally.”

French clubs have a link with Ireland. Gautier stated: “Last year, an Irishman from Kilkenny, Zack, played in our club. This year, Pierce, a student from Galway, practises with us.

“Clermont is a university city. Each year, we usually have one Irish newcomer. They’re either born with a hurl or a ball in their hands. It’s always nice to talk and play with them.”