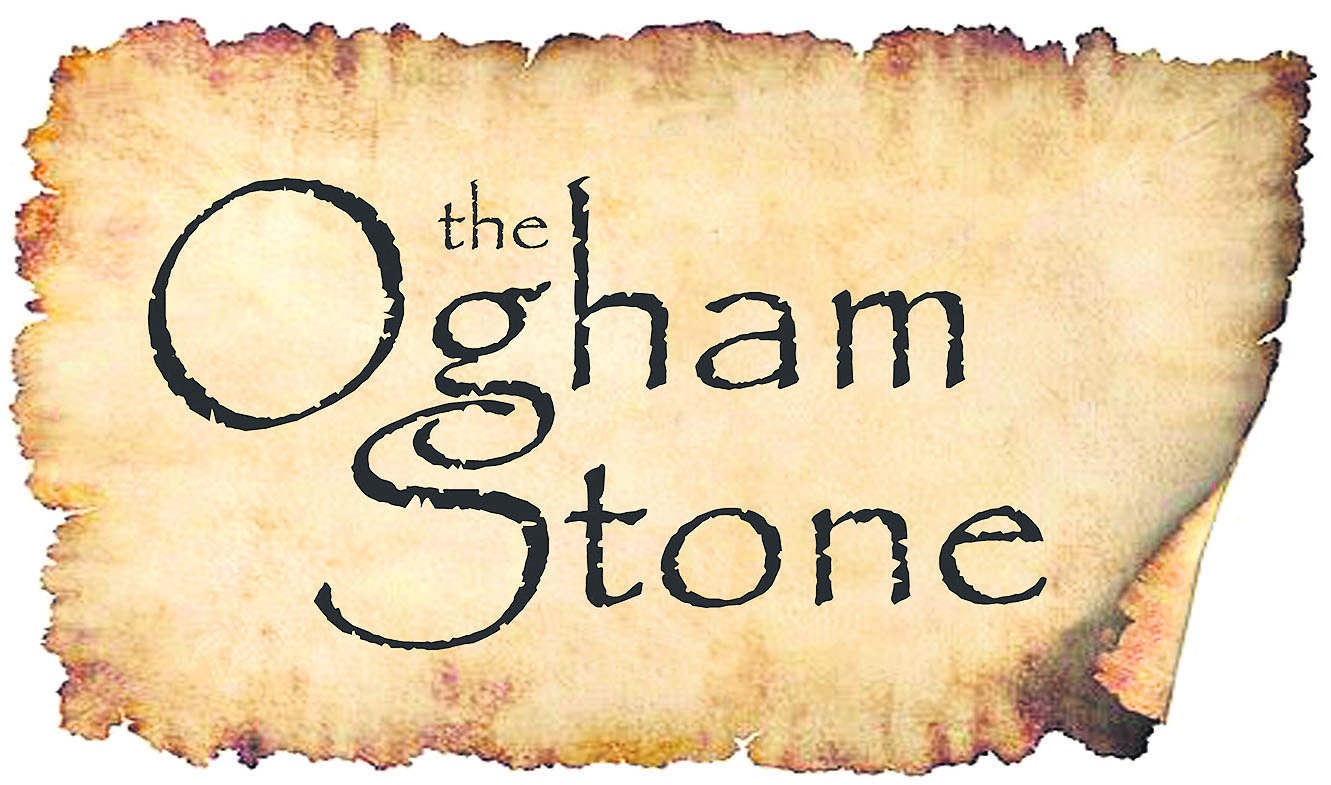 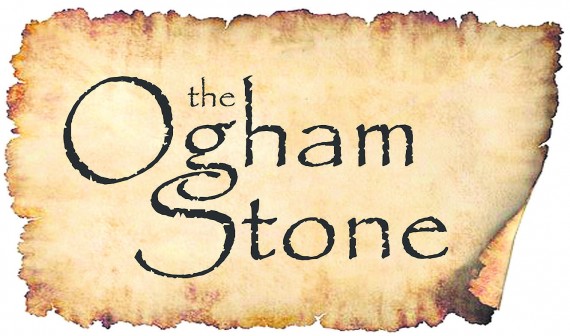 The Ogham Stone, the University of Limerick’s literary and visual arts journal, is taking submissions of creative writing from the public, for the spring 2016 edition.

This year’s edition is set to be the largest in the project’s history, with a deadline of midnight on November 2nd.

Almost seventy pieces were accepted for publication last year, including short stories, flash fiction, poetry and artwork. They featured alongside an introduction by Prof Joseph O Connor, as well as a short story by Donal Ryan, author of The Spinning Heart.

All Students of the MA in Creative Writing and MA in English in UL take part in creating, designing and partly contributing to the Ogham Stone, each year.

The students are guided by their lecturers in working on the literary journal, as well as Course Director of MA in English, Dr Patricia Moran.

“Second, it is important because it serves as a venue for students to understand the process by which literary pieces see print.”

“Third, it is important because it brings writers in the community and throughout Ireland into contact with the University of Limerick and with the MA in English and MA in Creative Writing students,” Dr Moran added.

The quality and reputation of the Ogham Stone grew inn 2014-15, with the arrival of Professor Joseph O’Connor, Irish PEN award winner.

Dr Moran praised Prof O’Connor for his influence on the Ogham Stone: “Joe was able to tap some influential donors, including J. P. McMahon, and with an increased budget the Ogham Stone grew to 130 pages. Rachel Hynes led the group to our most significant edition yet.”

Prof Joseph O’Connor spoke about how he became involved in the Ogham Stone: “I became involved very shortly after taking up my new job here as Frank McCourt Professor of Creative Writing. Indeed, one of the first people I met at UL was the wonderful Rachel Hynes, a doctoral student in English, who was overseeing the magazine at that time. I found her passion and commitment inspiring. She was very ambitious for the project, and I admire ambition.”

Prof O’Connor also described his role in the project: “My role is to support the project, but not to oversee it. The magazine is put together by MA students of Creative Writing and MA students of English, led by Dr Patricia Moran who founded The Ogham Stone some years ago.

“If the students ask me to do something for the magazine, I try to do it. For example, last year I wrote the introduction and did a bit of fundraising and helped in other ways, including saying the few words at the launch event. But it’s the students themselves who make the decisions.”

The Ogham Stone is quickly becoming a valuable platform for new writers and artists; local, national and international, to bring their work to a wide audience.

Those involved in the project are particularly proud of the connections to the local creative communities in Limerick. Last year’s edition featured work from writing and art projects active in the city, including The Heart of Limerick anthology and the ARTiculate competition.

Donal Ryan, UL’s Writer in Residence 2015, was thrust right into the Ogham Stone, contributing to last year’s edition: “When I was appointed to the role of 2015 Arts Council Writer in Residence at UL I was invited to submit a piece of writing to the Ogham Stone literary journal. I artfully masked my initial panic by smiling, mumbling, and looking at the ground. I’d never had much luck with literary journals.”

Mr Ryan, whose novel The Spinning Heart was voted the 2012 Irish Book of the Year and long-listed for the Man Booker Prize, sees the importance of the literary journal; “The Ogham Stone is infinitely important. The people who work on it each year are for the most part doing work they’ve never done before and their learning curve is steep, almost sheer. I don’t know how they do it.

“I’m extremely proud to have been involved with and published in the Ogham Stone, and very grateful to Rachel Hynes and the rest of the 2015 team for the opportunity,” he concluded.

Helena Close is a graduate in MA Creative Writing from UL, who was involved in the Ogham Stone last year.

Ms Close believes the project is hugely important for local literature; “A journal such as the Ogham Stone is extremely important for UL and for the city and county also. It offers a platform to emerging writers and artists, encourages creativity and puts a value on it, attracts new students to U.L, particularly in the Arts field, connects the university to the city and county in a concrete, visual way.

“Every writer/artist who takes the time and effort to submit to a journal deserves a close and thorough reading of their work.”

Pam Ryan is a UL student in the MA in creative writing and a member of this year’s Ogham Stone design team.

When asked about her involvement in this year’s Ogham stone, Ms Ryan said: “I see it as a great opportunity to have my work seen by a wider audience and the literary community. Who knows who we may be noticed by?”

Pam Ryan, who has an undergraduate degree in journalism from UL, spoke, about her experiences of the project so far: “I’ve done group projects before but in an MA program it feels different. Everyone does an undergrad now, whether they want to or not, because that’s what people do, but people take on masters programs because they want to be there and I’ve noticed the difference.

“It is pushing me to work harder at my craft, knowing that if it’s published people will read it. It won’t just sit in a notebook in my room!”

Ms Ryan is just one of the many lovers of literature, involved in this year’s Ogham Stone: “I’ve always been writing, ever since I could hold a pencil and I show people my stories often enough but I never show anyone my poetry so I was hoping to be a bit brave and submit one of them.”

Malcolm Griffin, MA Creative Writing student, said: “To find the mantra in the Ogham will reveal the secret of its silence.”

Prof Joseph O’Connor, whose novel The Thrill of it All was featured as the Regional Writing Centre’s One Campus One Book last year, spoke of the need for more literary projects like this: “Every university should have a high-quality literary magazine. Full stop. Creativity and the imagination should be absolutely central to what we do here, as teachers and learners. If that’s not the case, we’re all wasting our time.”

His favourite memory from the Ogham Stone project, so far, is from the launch event last April.

Prof O’Connor described the event: “There was such palpable pride and happiness among the students who had worked so hard on the magazine; editing, designing, fundraising and collating. Many brought their loved ones and families along, and so the atmosphere was lovely.”

The Star of the Sea author also revealed some of his favourite contributions to the Ogham Stone so far: “Our Writer in Residence, the great Donal Ryan generously gave the magazine a previously unpublished short story last year, and that was a wonderful read. But I found every contribution absorbing.

“I’m fond of a poem called ‘Chord’ by my own student Niamh Donnelly that appeared in the most recent edition. There was a lovely piece by James Lawlor, about the post Michael Harnett’s house.”

Sheila Quealey, who is part of the Ogham Stone’s social media team, said: “we are striving to make The Ogham Stone a literary journal of note nationally and internationally.”

When asked about how she became involved in the literary journal, Dr Moran said: “I came to the University of Limerick from the University of California in 2008. I was asked to create an MA in English.  My department in California had a vibrant creative writing programme, and I wanted very much to bring Creative Writing to UL.

“With that in mind, when I designed the MA in English – with the help of colleagues, of course – I deliberately created a three-unit module that would serve as a venue for the creation of a literary journal each year.”

Dr Patricia Moran remembers the difficulties the first edition of the project had to deal with: “We had absolutely no money the first year the project ran, so our first edition, under the stewardship of Lawrence Cleary and under the name The Full Stop, was simply an e-zine we created on Word Press.  Such was the case for the next two editions as well.

“In the academic year 2013-14, my colleague in English David Coughlan secured enough money from AHSS dean Tom Lodge for The Full Stop – now renamed The Ogham Stone and under the stewardship of Rachel Hynes – to move from online to hard copy.”

Prof Joseph O’Connor, an award winning author, is encouraging everybody who has a passion for writing to submit work this year: “I’d love to invite people to contribute. Students, faculty, staff, their families, anyone who gets this message. We really do want The Ogham Stone to be broad, readable, inclusive and entertaining. Give us a try. Send something in.”

This year, the new team are also seeking short graphic novels and creative non-fiction, from anyone with a passion for writing, including students and staff in UL.

All work submitted to the Ogham Stone should be sent to oghamstoneul@gmail.com, be unpublished, and submitters can expect to hear back from editors after the deadline and before December 21st.

The initiative’s website, theoghamstoneul.com, features advice for prospective writers, including; finding the best place to write, the writing process and thoughts one has while writing a novel.

Students will now pay €40 to CPMC to see a doctor