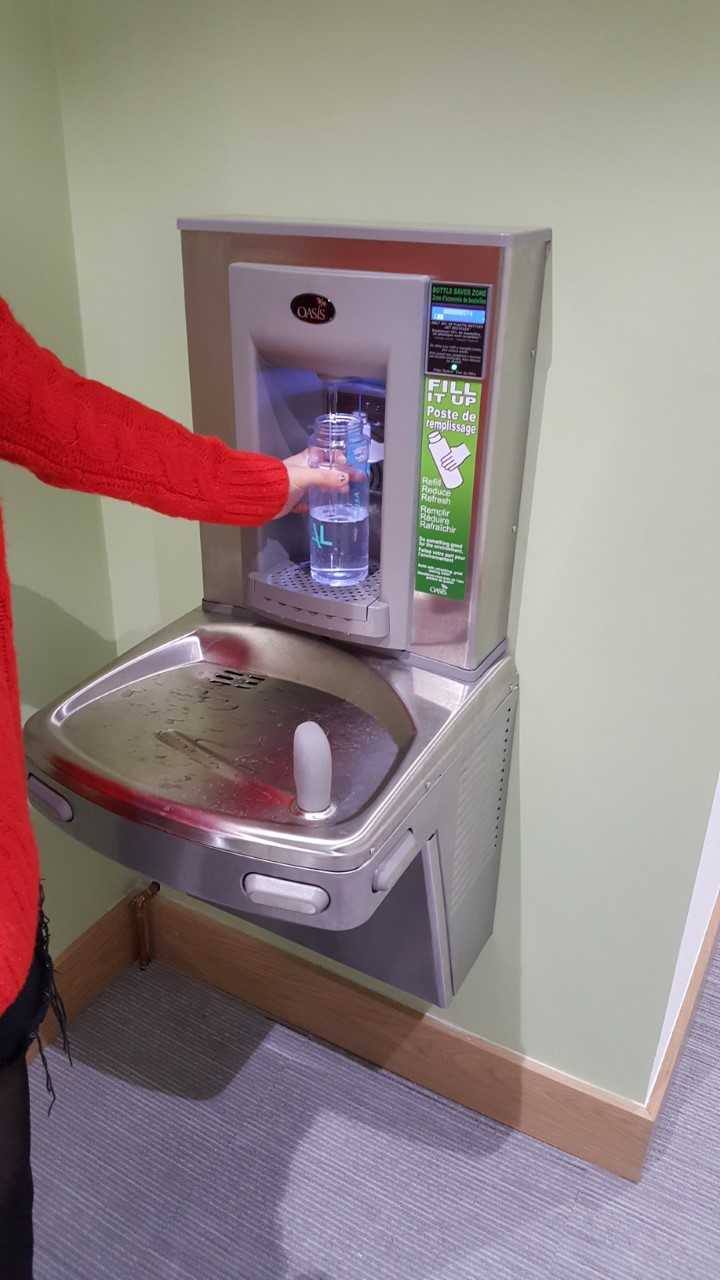 Elizabeth Gabbett of the UL Environmental Committee said it was “fantastic news.”

“The proposed fountains are not cheap but in the long run they will cut down on demand for single-use bottled water.”

This funding comes after much lobbying by students for better, more user-friendly water fountains.

Ms Gabbett said the UL Building and Estates team have “continuously” been trying to source the finance for this project.

She said the fountains will give students “a well-designed, clean water dispensing facility and count the number of fills which encourages people to be environmentally aware.”

Back in 2016, UL Environmental Society built a ‘water bottle collector’ to indicate how much students use plastic water bottles to only then throw them away.

This drew attention to how much plastic was being wasted on a weekly basis in UL.

President of UL Environmental Society, Christopher Asmus, said it was one of the hallmarks of the society that they were able to influence the installation of water fountains across campus.

Asmus added that ‘it’s often hard for individuals, not just students, to see the real impacts of this kind of waste.

“Most people don’t care as they can’t see it,” he said, explaining that much of the waste goes to so-called third world countries.

“Some of the oceans in Central America, like El Salvador…  there is a floating dump, but no one cares because it’s out of sight, out of mind.”

“We’re a long way from getting there, but it would be great to see people even care just a little bit more about the environment than they do now.”