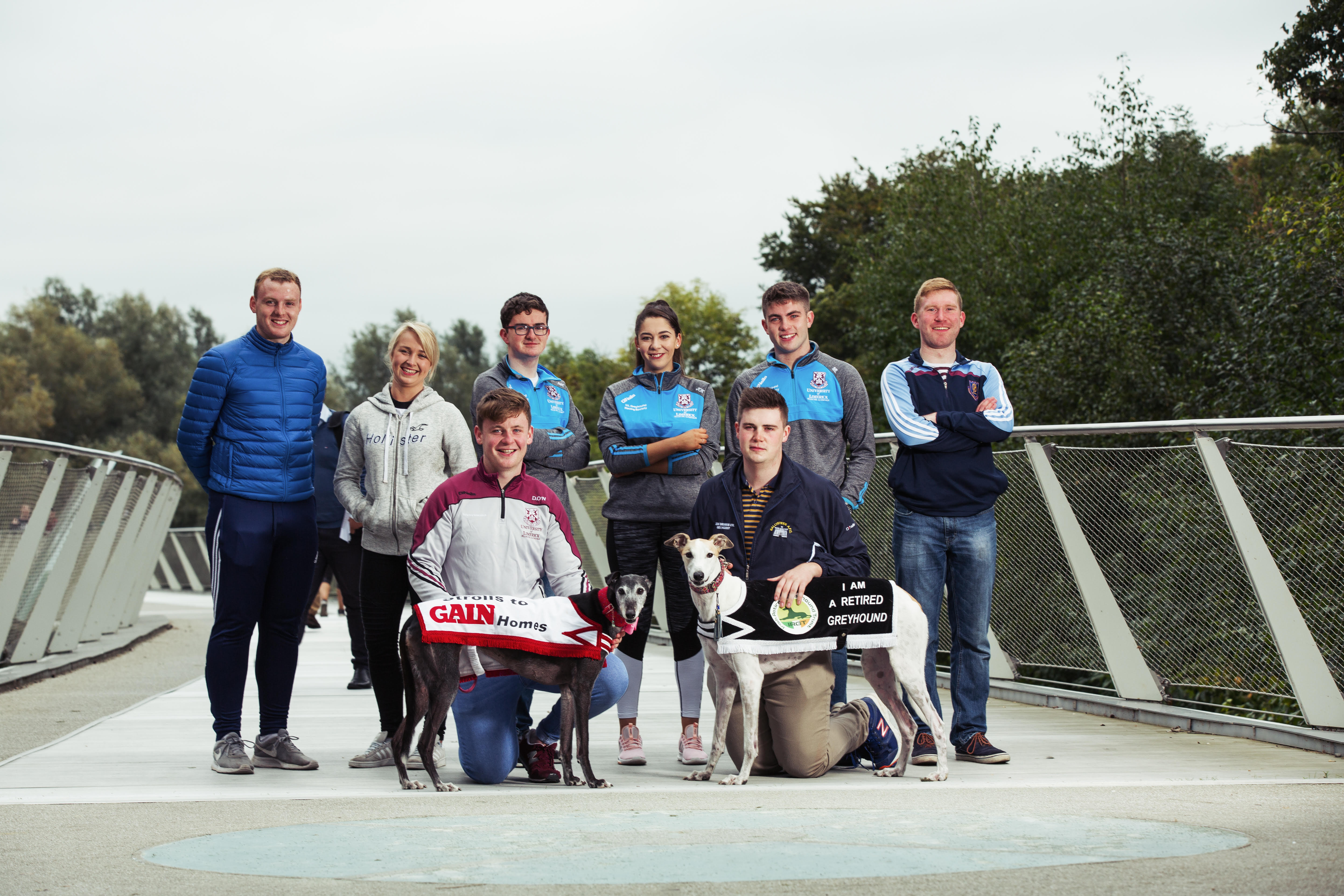 UL Greyhound Racing Society has been recognised in a new campaign highlighting the work of the Irish Retired Greyhound Trust.

The society has been recognised in ‘Our People, Their Stories’, a look behind the scenes at the charity’s work in the rehoming of retired greyhounds and promoting them as domestic pets.

UL’s Greyhound Racing Society was formed in March 2017 by students Joe Sheahan and Julianne O’Keefe and was the first of its kind in the country.

“I set the society up because I felt it was important to bring like-minded people together over their love and passion for greyhounds,” Mr. Sheahan said.

The society receives funding from the Irish Greyhound Board to train their dog, Trap Queen, who has had three wins at the Limerick Greyhound Track.

It also organises regular walks with retired greyhounds across the UL campus to highlight the importance of a ‘whole of life’ approach to the racing greyhound.

The Irish Retired Greyhound Trust (IRGT) was first established by the Irish Greyhound Board (IGB) in 1997.

It is jointly funded together with greyhound owners, through a two percent deduction of all winning prize money, which is then matched by the IGB.

Since 2008, the IRGT has helped to rehome over 5,300 greyhounds with over 850 rehomed since the beginning of the year.

A further 58 greyhounds will be rehomed as pets in Ireland, the UK, Sweden, Italy, the Czech Republic, and Belgium, by the end of the year.

The IRGT now assists up to seven Irish Private Rehoming Agencies, including EMOL Rescue in Limerick, by providing financial assistance towards either their veterinary costs or their transportation costs.

The charity also continues to source additional rehoming opportunities in Ireland, Europe and U.S. to continue to increase the number of retired greyhounds which are rehomed.