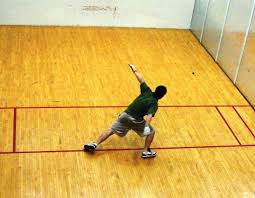 The World Handball Championships took place in the majestic surroundings of the Rocky Mountains in Calgary, Canada. Seven UL members travelled to the tournament determined to maintain UL’s recent dominance in the handball scene. Two gold medals and five silver medals were secured in an incredible tournament for the club, with four of those medals secured in the Open divisions.

Unfortunately for Casey, she could not produce the astonishing handball with which she is synonymous and finished the Worlds with two silver medals. Martina secured her first World gold medal as she and Aisling Reilly, the official Irish Doubles team, formed a powerful partnership and dominated all their opponents throughout the campaign.

Killian Carroll has threatened to make a breakthrough in the Open ranks in recent years and produced some of the best handball in his career so far to reach the World final. Unfortunately, he came up against the most dominant player in the modern era in the final and could not prevail. It was undoubtedly an impressive tournament for the young handballer as he overcame several illustrious opponents in the earlier rounds in a series of dazzling displays.

Ciana Ni Churraoin, the Irish U19 representative, is an exciting prospect in handball and underlined her future potential with a gold medal in the Womens A Singles. Ciana used her deft ambidextrous abilities to out-maneuver her opponents in a series of imperious performances. She will hope to build on this performance and challenge her UL clubmates in the Open grade in the coming years.

Colin Corbett, the second Irish U19 representative, was hoping to add more World titles to his collection and bolster his growing reputation. A gifted hurler, Corbett decided to concentrate on handball this year and the decision was nearly inspired as he reached the finals of the U19 Doubles. He faced the in-form Johnny Woods in the final and a titanic battle ensued with Corbett produced some breathtaking shots but was unable to outfox Woods and earned a silver medal.

Colin Crehan has been in a rich vein of form in recent times with a fairytale run in a pro stop in New York earlier this year. He looked to continue this form in the U23 division and he quickly progressed to the final. Another skillful hurler, Crehan played some exceptionally measured handball which almost confounded Martin Mulkerrins in the final. Only Mulkerrins incredible retrieval skills allowed him to overcome Crehan as another silver medal was won for the UL club.

Danny Riordan was the last UL player and he travelled with high hopes and a deep well of experience. His boundless energy and ability to return almost every ball to the wall made him a difficult opponent and he secured several prominent victories. However, he fell just short of securing a medal in a tough division.

It was an incredibly successful tournament for UL and signals the clubs intent to continue to dominate the handball circuit in the coming season.