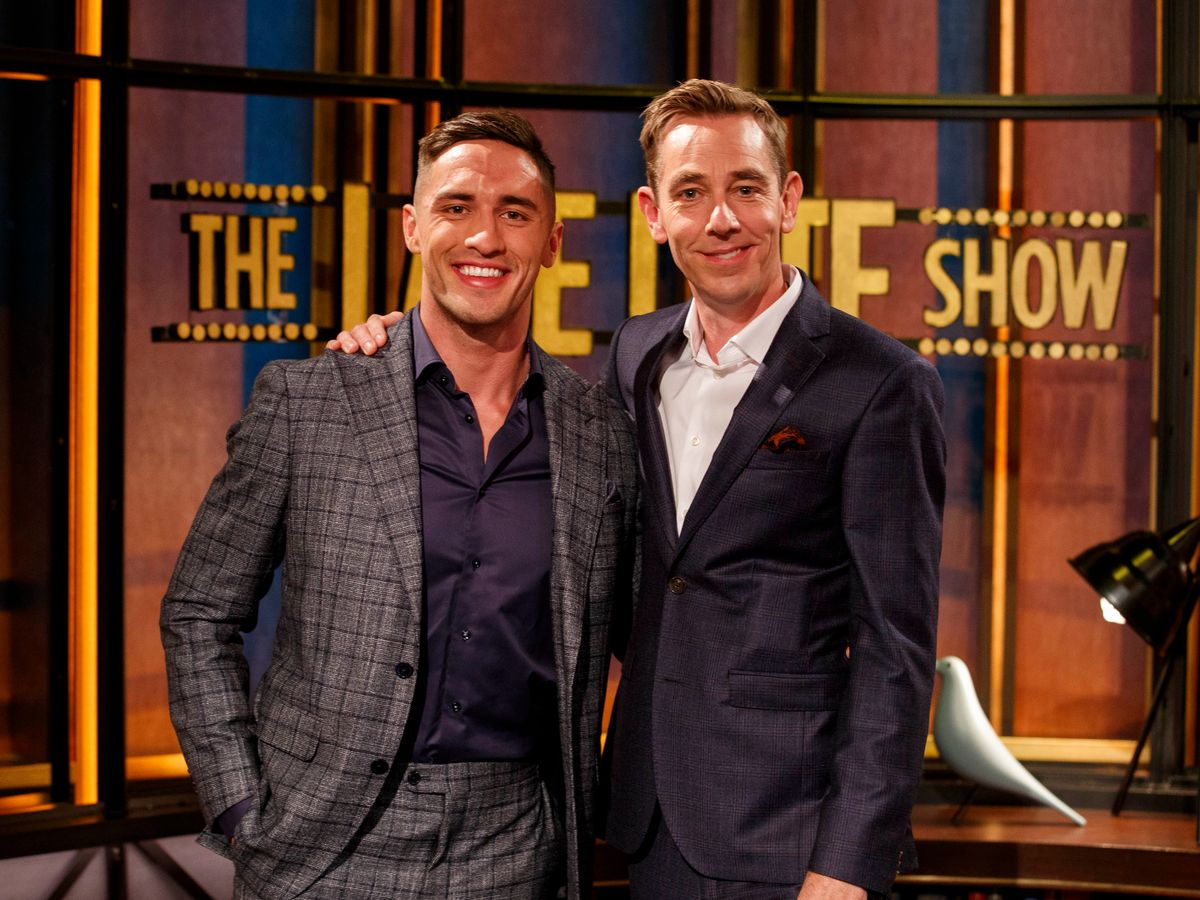 For those of you who may have been living under a rock for the past few months, or who have been totally captivated by the omnishambles of Brexit, let me bring you up to speed on the latest drama in the clashing worlds of reality TV and real-life journalism.

Greg O’Shea, one half of 2019’s winning Love Island “power couple,” (we’ll get back to that…) is set to take over our airwaves alongside 2FM breakfast show regular, Doireann Garrihy.

Her co-host, Eoin McDermott, ironically enough will be leaving the show for nine weeks to do voice-over work for Love Island Australia.

What is Love Island, you ask?

Well to put it simply, it is a programme in which we are somehow sucked into the lives of visually attractive work-shy Instagram influencers lounging around in a Majorcan villa, taking turns doing ridiculous and dramatic slow-motion struts, yelling “I got a text” on the television.

Mind-numbing entertainment is how you would put it.

When we’re all eating socks for nourishment around the campfire in 2050 while Mad Max gang roam the wilds of Castletroy, we can all laugh and reminisce at Love Island and lament how it’s occupied so many column inches and airwave time.

In a world where journalists are held under the umbrella of fake news and constant criticism, a fresh-faced reality TV star being awarded a national broadcasting position is nothing but another blow to the system.

Don’t get me wrong; I’m not begrudging Greg for accepting such an offer, my issue lies with RTÉ and their decision to choose what is evidently a ratings related “influencer” over young and enthusiastic, and dare I say, talented, journalists.

Sure, Greg plays rugby but would you give him a sports desk position over those who have studied sports journalism for years, perfecting their passion? More than likely not.

Let’s put it this way – would you employ a primary school teacher to do the job of an electrician? A nurse the job of a fireman? A chef the job of a doctor? No…?

Then why a reality star the job of a journalist?

What is it about today’s world where everybody thinks they can do our job for us? Are we really spending so many years of our lives developing skills, working countless unpaid hours to have some fame-hungry person come along and take what we work so incredibly hard for?

It is a competitive enough field without having to worry about our dreams and aspirations being torn to shreds like that.

As with every career on the planet, we strive to do our very best and achieve our goals.

For many, they will be perfectly content with a 9 to 5 local media position.

However for those of us dreaming of someday making it to the top of the journalism ladder, our national broadcaster opting for popularity over sheer talent is nothing but a kick in the teeth.

Do you really think our journalism graduates are going to want to live and work in a country where our national broadcaster are giving away prestigious positions to names and faces they believe to be the answer to all their problems?

What a waste, to quote the great Ian Dury.

To bring the article into context, RTE have recently announced they are running at a loss of 60 million Euro, with RTE Lyric FM facing the chop and talks of RTE selling their Donnybrook campus to help get the national broadcaster back in the black.

Hiring someone from the biggest TV show of the year to fill in temporarily would surely be a boon to advertisers, but last time I checked, journalism was meant to be an art form and not a money-making machine.

Integrity will win out over commercialism every day of the week.

Fame has a funny way however – our hero Greg recently lost a whopping 33,000 followers on Instagram after ending his relationship with Love Island other half, Amber Gill allegedly by text.

Truly, the Diana and Charles separation for Generation Z.

What was once the pride and joy of Ireland, is quickly becoming the hated heartbreaker.

Oh, how the tables have turned.

I bet RTÉ weren’t expecting that.

For those of you who are still of the view that Greg’s position is purely personality-based, I urge you to look at it from my perspective.

What is the place of our young trainee journalists in the world of Irish media?

Will we ever be taken seriously or will we continuously have to push to be recognized in the modern world of influencers?

You may not think it, but even that of a breakfast show host takes years of hard work and dedication to build the confidence and personality studying journalism can teach you.

It’s not as easy as it looks, or as in this case, sounds.

How many times have you listened to the radio and said “this DJ is awful, I could do a better job?”

If becoming a radio DJ was that easy, everyone would be doing it.

But on the other hand, who knows, maybe radio will be Greg’s calling, after all, you’ll have to decide for yourself.

His stint on 2FM begins next Monday, September 23rd.

Analysing the situation at large, somehow, I don’t think much is going to change; popularity will always come out on top over talent and experience when it comes to the likes of this.

Which, as stated above, is a damming indictment of the state of the industry.

For now, I’m going to continue on with my degree in the hopes that maybe someday it will be me or one of my classmates who RTÉ decide to take their chances on and not some lad who got lucky on telly.