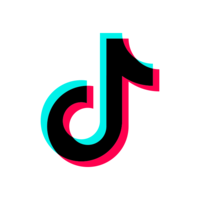 Ever since Vine shut down in 2016, the internet has cried, begged and tweeted for a replacement to their beloved app, but nothing has come close.

However, with the rise of TikTok, has the day finally arrived?

What exactly is TikTok?
TikTok is a video-sharing app with more than 500 million users worldwide that lets you create, share, and watch short videos on your smartphone.

According to TikTok.com, the platform is the “world’s leading destination for short-form mobile videos.”

By their own definition, it sounds like any content-creators paradise.

Like Vine, TikTok teeters on the edge of amateur professionalism – and it’s this juxtaposition that makes the app so impressive.

Skilled editing paired with childlike acting and lip-synching is called for.

It doesn’t matter if aspects of any ‘TikTok’ is cringe-inducing.

Everyone on TikTok is just having fun.

Users are riffing on the trend of the moment or creating a new one – the weirder, the better.

Indeed, TikTok is credited with helping Lil Nas X’s Old Town Road go viral – a song that would ultimately end up spending the longest time at number one in American music history.

This can also be seen with the Vine accounts and the now thousands of “RIP Vine” compilations with absurd titles such as “Vines that are cleaner than your grandma’s kitchen.”

Even before Vine shut down, there were hundreds of accounts dedicated to showcasing the most popular vines of the day, week, or month.

Because of the similarities, including the fact that, like Vine, TikTok has backed away from monetisation that could help it become a sustainable business, it’s easy to suggest that TikTok won’t last.

But there are also reasons to believe that might not be the case.

Firstly, TikTok already has over 500 million active users – more than double that of Vine at its peak.

Second, TikTok’s timing couldn’t be better. Video is booming, and this generation of tech-savvy tweens and teens are always on the look-out for new ways to go “viral.”

Finally, TikTok is owned by ByteDance. It may not be a recognisable name outside of China, but the privately-held company is now the most highly-valued tech startup in the world, valued at $75 billion.

TikTok has a lot of capital behind it, making it more difficult to quash.

Is TikTok the Vine second-coming we’ve been waiting for?

Some say yes and others no but only time will tell.

We may never get Vine back, but at least we have TikTok.