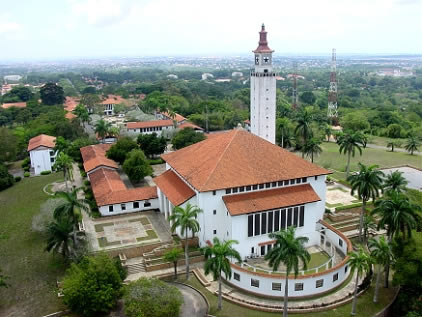 The University of Limerick has signed a formal agreement with the University of Ghana (UG) which aims to facilitate collaboration between the two institutions in areas such as education and academic research.

The agreement is the first such agreement between an Irish university and a university in Ghana and was signed at a ceremony during a visit to UG by Minister for Agriculture, Food and the Marine, Simon Coveney.

Minister Coveney said that although this was the first formal agreement between an Irish and Ghanaian university, Ireland had a long association with the University of Ghana.

He explained that former Irish academic and politician, Conor Cruise-O’Brien was appointed and held the position of Vice Chancellor of the University of Ghana 1963 until 1965 by Ghana’s first president, Dr Kwame Nkrumah.

The Memorandum of Understanding will aim to enable collaboration between the two universities and will provide the framework to explore co-operation in a number of areas including: academic programmes; development of joint research activities; facilitation of university staff exchanges; training and development of post-graduate students; student exchange including visiting programmes; exchange of information, research collaboration in areas of mutual interest and any other activities viewed to be mutually beneficial.

UL’s Professor McCutcheon hailed the agreement as groundbreaking and said it was in keeping with the new strategic thinking of UL as outlined in the recent ‘Broadening Horizons’ strategic plan.

He said that UL, like UG is a research led institution and that it looked forward to an exciting and fruitful collaboration at all levels between the two institutions.

He also announced the awarding of scholarships to UG students for post graduate studies at the masters and doctorate levels.

Vice-Chancellor of the University of Ghana, Professor Ernest Aryeetey said that the agreement with a research-led university, such as UL, was part of his vision for UG in aiming to become a world class research-intensive university over the next decade.

He also said that he looked forward to a genuine and active partnership between the two institutions.

The University of Ghana, as the highest ranked university in Ghana, was established in 1948 and is Ghana’s oldest and largest third level institution.