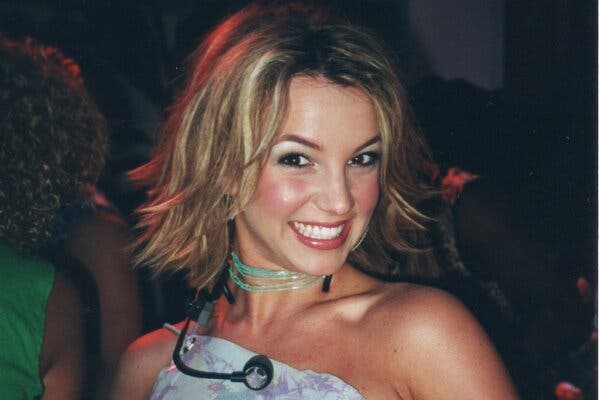 Britney Spears is THE childhood icon to anyone born in the 90s. And for those of us who were too young to fully understand her catastrophic downfall in 2007, Framing Britney Spears is an at times horrifying reminder of the media culture of the day that revelled in tearing her down.

Much of the documentary is also dedicated to explaining the circumstances of the star’s court-mandated conservatorship, her recent struggles to have her father, Jamie Spears, removed as the conservator of her person and her multi-million dollar estate, and the viral #FreeBritney movement led by her adoring fans.

Interviewees include her former assistant, stylist, backing dancer and talent agent, but this a documentary without input from anyone really close to Spears at present, or even Spears herself aside from archive footage.

Produced by the New York Times, Framing Britney makes for a difficult watch in a post #MeToo era. The treatment of Spears by the media, right from the outset of her career, was a perfect distillation of the creepiness that defined celeb culture of the 90s and 00s; interview questions over whether she had breast implants or whether she was a virgin, how Justin Timberlake was able to villainise her in their break-up to the extent that the video for Cry Me A River is basically a revenge fantasy with a Britney look-alike.

Hardest to watch of all are the scenes of Spears being hounded through LA by paparazzi, her haunted face lit by the incessant flashes of dozens of cameras.

Undisclosed medical issues aside, it’s not hard to see how anyone could have snapped as she did in early 2007, when she shaved her head and went on to have what Rolling Stone later called “the most public downfall of any star in history”.

The real story in this documentary however, is of Spears’ conservatorship.

Conservatorships are usually reserved for people who are extremely ill or elderly, and are no longer equipped to handle their own affairs, be that financial or their own well-being.

Jamie Spears has been his daughter’s personal and financial conservator since 2008, a role he shared with lawyer Andrew Wallet. Another lawyer, Samuel D. Ingham III, serves as Spears’ legal advocate and oversees the actions of her conservators.

However, Wallet resigned as co-conservator in March 2019. Then Jamie Spears temporarily stepped down as sole conservator in September that same year due to health problems, with the court appointing a licenced conservator, Jodi Montgomery to take his place.

In August 2020, Ingham petitioned the courts on Spears’ behalf to make Montgomery her permanent and sole conservator, saying the singer ‘strongly opposed’ her father resuming control of her and her estate.

It’s these actions that have given life to the #FreeBritney movement. Fans and fellow celebs alike have taken to social media to denounce the conservatorship and call for its end, which Jamie Spears described to Page Six as “a joke”.

Spears herself hasn’t spoken about the conservatorship since it began, and has indeed granted very few interviews since, but fans have taken to searching her Instagram posts and captions for coded messages from the star.

It’s at least clear from court documents released from a hearing on the matter in November that she’s aware of this campaign for her to regain her independence, as she specifically thanks fans for their support. At present, Jamie Spears is co-conservator of her estate along with Bessemer Trust, and his request to be sole conservator was denied on February 11th this year.

There’s no happy ending to Framing Britney Spears, because this is a story that hasn’t ended yet. You can’t help but come away after watching it feeling hopeful that Spears will soon be free to tell us her own story, or, as she’s earned the right to, tell us all to leave her alone.