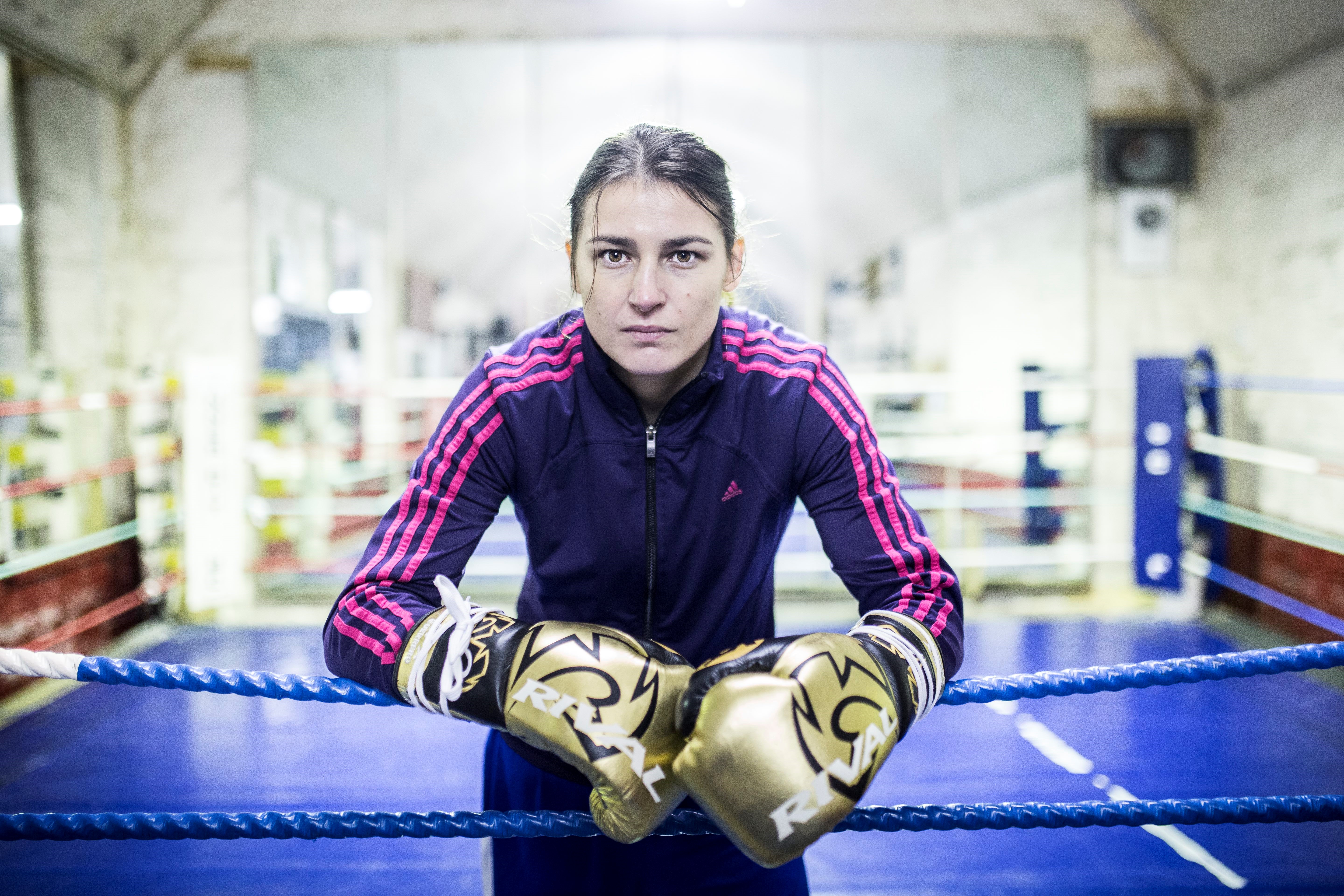 “KATIE” director Ross Whitaker spoke to An Focal ahead of its screening at UCH.

The award-winning documentary about one of Ireland’s favourite sportspeople Katie Taylor will be screened on Monday December 3rd at University Concert Hall.

Directed by Ross Whitaker (Anthony Foley: Munsterman, Unbreakable: The Mark Pollock Story,), KATIE follows champion boxer Katie Taylor as she attempts to rebuild her career after a year of turmoil threatened to derail it.

Katie Taylor won five world amateur championships and an Olympic Gold Medal at the London 2012 Olympic Games but four years later, a disastrous campaign at the Rio 2016 Olympic Games saw her crash out in the first round despite being favourite to win.  The film unravels the deeply personal reasons behind the career low and shows the champion’s grit and determination to start over as a professional.

An Focal’s Ronan Coughlan spoke to Ross ahead of the screening for a Q&A.

An Focal: Tell us where the idea for the documentary came about, did Katie come to you or vice versa?

Ross Whitaker: It all happened because Katie and I share a mutual friend, Brian Peters. As Katie was turning professional, she asked Brian to become her manager and a conversation started. I’d met and filmed with Katie in the past and I knew that she had actually seen some of my previous work, so we had a good place to start from.

An Focal:: For people who aren’t “in the know” with regard to documentary making, what was the planning process like ahead of shooting it and the timeframe in Katie’s career that you documented in the end?

Ross Whitaker: We had to hit the ground running and adapt our approach to what suited Katie. It felt like a fly on the wall approach would capture Katie as she is and bring out the most honesty in the film. Discussing access comprehensively at the beginning is really important because everyone knows where they stand and once we had established that it meant that Katie and I knew what to expect of each other. I followed Katie from after Rio until she won her pro world title and a little beyond that.

An Focal:: Had you any worries or concerns ahead of shooting?

Ross Whitaker:There were a couple of worries. One was that Katie is naturally a quiet person, so I knew I’d need to work out how best to have her communicate with the audience her without asking her to be someone that she isn’t. I quickly figured out that Katie is immensely charismatic even if she’s quiet, so I realised that witnessing her journey and putting the audience in the room with her would be fascinating. The other thing was that we wanted the film to be entertaining and look cinematic, so we worked really hard to make it a film that audiences would love and that’s the feedback we’re getting.

An Focal: Did you face any challenges during the making of the documentary?

Ross Whitaker: The biggest challenge was in the edit, trying to balance the back story and the comeback story that we were telling because the footage is so different. It took a long time to get that right. Andrew Hearne, did amazing work in that regard. It was a difficult but rewarding task to bring together all of the disparate sources of archive and make it into one cohesive story.

An Focal: Were there any aspects of Katie’s character/personality that you discovered first hand after working with her over such a long period of time, that people will only learn of by watching this documentary?

Ross Whitaker: I think this really is the only place that you’re going to meet the real Katie Taylor. Katie really embraced the process and everything about her in the film is real, honest and, at times, raw. Katie decided from the beginning that this was the only true way to approach it. She’s a very brave person and when she decides that she’s going to do something, she does it 100%.

An Focal: Has Katie watched the documentary yet? What was her reaction?

Ross Whitaker: She hasn’t, funnily enough. She doesn’t like watching herself and I think she likes the idea of reliving these moments at a much later date. She’s delighted with the reaction though.

An Focal: Is there a main point or two that you’d like to think viewers will take away from watching the documentary?

Ross Whitaker: I think people will understand better what went wrong for Katie in 2016, both in terms of family upheaval and the devastation of the Rio Olympics. And they’ll see how brave she has been in rebuilding her career and becoming the best in the world again.

An Focal: Even though Katie is now a unified World Champion in the Pro game, she’s only getting started in terms of a career in professional boxing – might we see a Part 2 in the future?

Ross Whitaker: There is plenty of story yet to come, so I think we’ll certainly have a chat about it when Katie is home for Christmas!

If you’ve any questions Ronan hasn’t asked, the UCH screening will be followed by a Q&A with award-winning director Ross Whitaker.