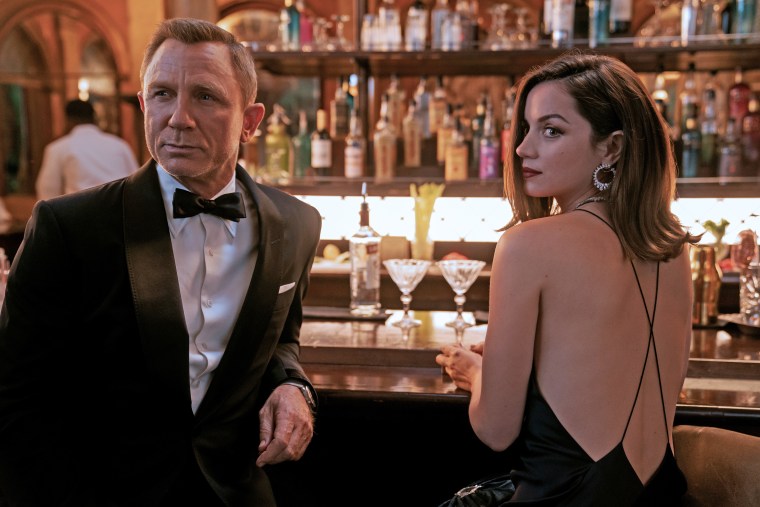 ‘No Time To Die’ is a fitting end to Daniel Craig’s run as the iconic James Bond which includes impressive action scenes, emotion-evoking moments and the Englishman’s best performance in the role.

The movie is directed by Cary Joji Fukunaga, who is best known for True Detective season one and is written by Pheobe Waller-Bridge, whose talents can also be seen on Fleabag – a show she created.

The movie clocks in at 163 minutes, which makes it the longest Bond instalment to date but the film never feels like it is going on for too long.

The story follows on from the films that came before in the Craig era – a trend that each film has embraced as opposed to the standalone nature of other Bond movies.

The spy is retired after the events of Spectre and is prepared to embrace his past and move forward before he is pulled back in by friend and CIA agent Felix Leiter (Jeffrey Wright) to help with an assignment.

The events unfold in a way that leaves Bond with the task of saving the world and the ones he loves most once again.

Daniel Craig is fantastic in the role and maintains the high bar he had set for himself with each previous outing.

The nature in which the story of this era of Bond films is told helps the audience to emotionally connect with the returning characters on-screen. 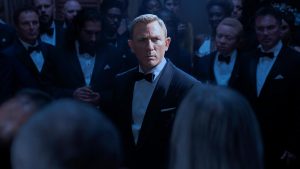 The relationship between Craig’s rugged character and Moneypenny (Naomie Harris) and Q (Ben Whishaw) is one that has been nurtured in previous films and reaches its peak in ‘No Time To Die’.

Lea Seydoux’s Madeleine Swann is half of the central relationship of the film after Swann and Bond fell in love in the previous film in the series, and the pair have solid on-screen chemistry once again.

Oscar-winner Rami Malek plays the Bond villain in the 25th film and puts in a good performance but is underused and his character ends up being overshadowed by his own plan after the mystery of the Mr Robot star’s character is lifted far too early.

Ana De Armas, who is seen on the promotional posters of the film and in the trailers, is also underused but puts in a stunning performance that makes her a memorable character, despite her screen time.

A big talking point of the film prior to its postponements and eventual release was the addition of Lashanna Lynch’s 007, which enraged a section of fans as it is Bond’s codename.

The anger was misguided and misogynistic in origin but the marketing for the film was also poor – however, the film does provide a reason for the introduction of the character.

Added to this, the dynamic and tension between the two characters throughout the film gives 007 some decent characterisation as a new supporting character in the series.

The introduction of the character does not disrespect Bond but adds to the arc that has spanned 15 years since the release of Casino Royale. 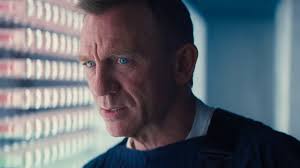 The plot relies heavily on the characters and their relationship with James Bond, which is why Malek’s antagonist suffers as a result.

However, his villainous plan does support the heavy reliance on relationships in the movie and helps the film where it falls short.

The settings for all the action and set-pieces are impressive and the fans of such scenes as well as car chases will be impressed by them, as well as the stunts.

Fukunaga, Waller-Bridge and company give Daniel Craig’s interpretation of Bond the best finale of the bunch and offers up a solid film along with it, despite its shortcomings.