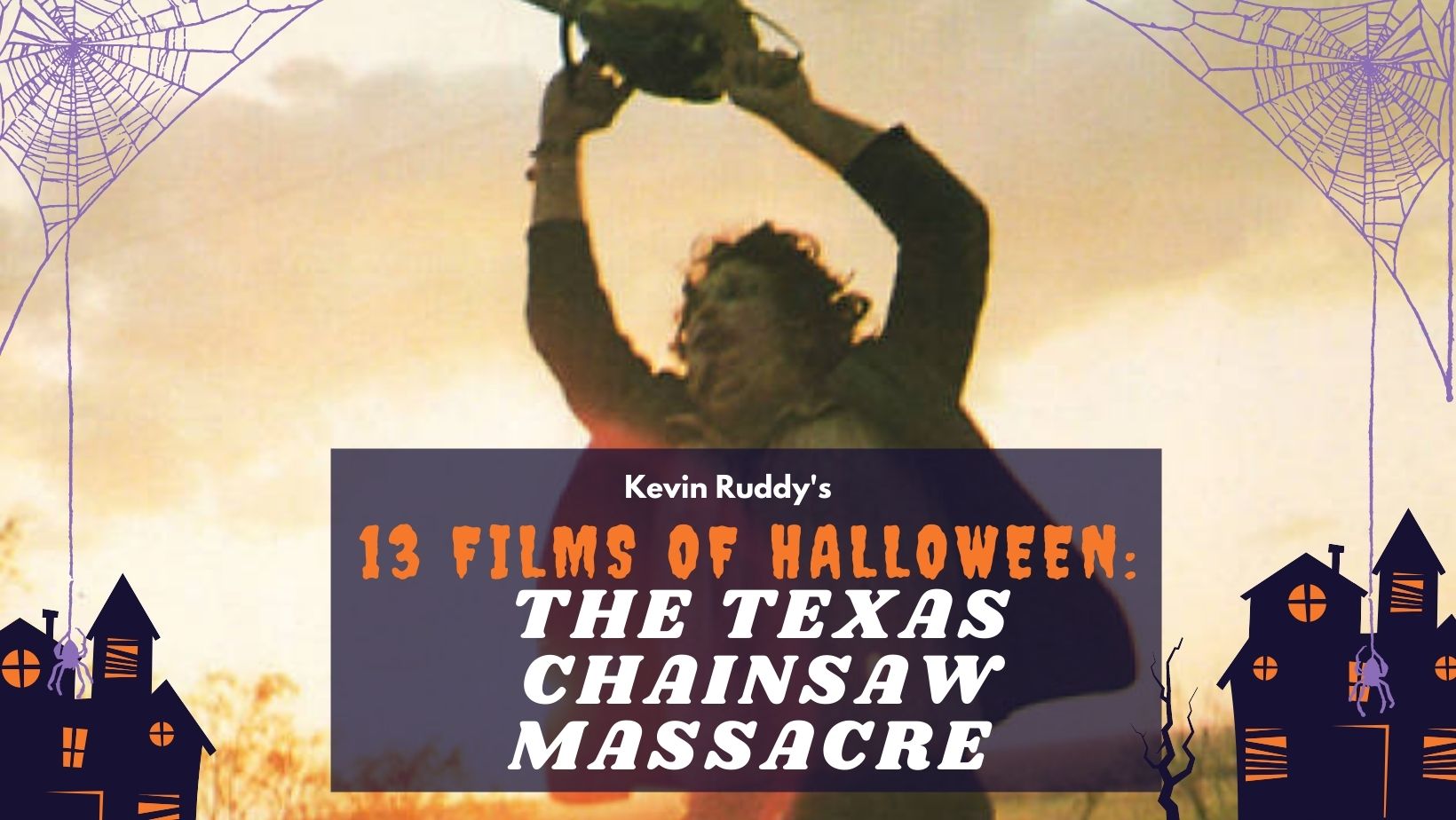 The Texas Chainsaw Massacre is all about sensationalism, what can make the viewer turn away in such disgust that they are oddly drawn into finishing the rest of the movie. Released in the fall of 1974, director Tobe Hooper created such a visceral experience that the legacy of a family of cannibals with the face-wearing and chainsaw wielding Leatherface in the back arse of southern Texas would become one of the most recognized and endearing horror movies of all time.

A good horror movie is a testament to a creative and competent director, Tobe Hooper is all that and more. Going down the John Carpenter route before Carpenter even got his foot in the horror-laden door, what we don’t see leaves much more of an impact on the imagination that being lambasted with over-the-top gore would ever accomplish.

That being said, The Texas Chainsaw Massacre is a movie that truly frightens me, eerie, bloody in some parts and with disturbing imagery that slowly but surely cements itself in your self-consciousness. Technically a slasher, the movie was marketed as based on a true story upon release. According to the opening narration, it explains what is about to go down for the rest of the film and from there on out, what the film gives you is nothing short of unnerving.

Take the opening scene for instance, it’s a camera taking pictures of decaying dead bodies, now to some that may not be at all scary, but the sound effects implemented of each picture taken leaves a lasting impression and sets the tone for the remainder of the film – a feeling of uneasiness and dread.

The film opens with Sally and her four young friends (one of them is her brother in a wheelchair) driving through an isolated and secluded area of Texas, surrounded by fields, a gas station, and a big slaughterhouse for the local cattle. They stupidly decide to pick up a hitchhiker who looked like he had seen his fair share of substances. He giggles throughout until he eventually cuts himself and the wheelchair bound Franklin before being chucked out. 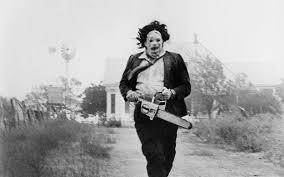 They eventually run out of gas and look for nearby assistance, so what do they do? Oh yes, they split up and the story escalates from there. Stumbling upon a house, little do they know, that house would be the wrong house to enter uninvited.

One way or another, four of the five characters are killed off one by one, the first murder happens so abruptly that you are left confused as to what just happened, seeing a behemoth of a man like Leatherface swing a mallet overhead would make anyone shit themselves, but it’s the impact and the way the scene is shot, and the cracking sound of the metal door slamming shut that sends chills down your back.

It’s obvious that Hooper went for shock and awe with a splash of blood, and when I mean splash, I mean the most minuscule of the red stuff. One girl gets dragged into the room her boyfriend gets dismembered in and gets impaled on a meat hook, a third character enters Leatherface’s house and quickly gets sledgehammered to death before the paraplegic gets shockingly and out of nowhere – chain-sawed to death right in front of his distressed sister.

From that, many would question someone’s intention to sit down and watch a movie of this nature, but it is a movie you have to see to believe, I can name countless scenes or shots that have stuck with me from a young age and to that, one can only salute the filmmakers for pulling off a movie that stands the test of time.

The film was heavily censored in many countries, and some to this day, with the MPAA clamping down hard on the film’s excessive nature and violence. For example, the infamous dinner scene effectively pulls of a montage of quick cuts of Sally screaming and her popping eyeballs, surrounded by the demented Sawyer family, one of them is the hitchhiker from earlier while Leatherface and co look on with gleeful joy. To say the film at this stage is fucked up is an understatement.

For a film that is a mere 83 minutes, the pacing is acutely quick. While there are slow burn moments at the start, once the group become acquainted with Leatherface and his family, it becomes utter mayhem. Capsulated by a thrilling third act and a final shot that has become the leading shot of the film.

The character of Leatherface is an interesting one, similar to Michael Myers but with a rawness to him, he is mentally retarded for one, wears people’s faces for a hobby and carries around a chainsaw for protection. But, as the story moves along and other character are introduced, you weirdly feel sympathy for him, bullied and used for his brute size by his family, he is ultimately a pawn, but the script rightfully treats him as the film antagonist.

The Texas Chainsaw Massacre is an exercise in raw, unholy tension, outlandish, disgusting and as visceral as it gets. Its noisiness and lack of subtly escalate its legacy to new extremes. The fear of impending doom of its imagery makes it a much watch for even the non-horror fans. The film works really well for what it is, a piece of iconic American cinema.