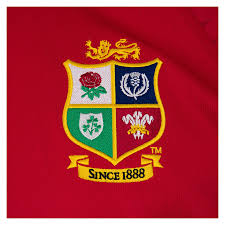 Ireland’s quality in the latter stages of this year’s Six Nations tournament has propelled many squad names into Lions contention, should the tour go ahead.

Statement performances were needed from the Irish contingent after an uninspiring Autumn Nations Cup with the tests against South Africa intended to take place in the summer.

The improvement of Wales also stressed the need for this with the Dragons back at their best.

Former Scarlets lock Tadhg Beirne and centre Robbie Henshaw were the standouts for Ireland in a tournament where good performances were initially overshadowed by poor results.

Both players have made strong claims for the starting XV with the pair picking up all three Guinness Six Nations Player of the Match awards in Ireland’s three wins.

Beirne was a constant threat at the breakdown for Ireland while the veteran Henshaw sent a message to Warren Gatland reminding the Lions coach that he was more than just a crash-ball option.

A Lions tour against his home nation could be the perfect send-off for CJ Stander if he is interested in being part of it.

Tadhg Furlong returned from injury and immediately continued his world-class form with a dominant display against England taking the headlines and nailing him on for the number three shirt in many Lions XV predictions.

Cian Healy and Andrew Porter have also impressed under Andy Farrell and have strong claims for Lions berths too.

Rob Herring may squeeze into the side after England’s poor showing at the Six Nations with either one of Luke Cowan-Dickie or Jamie George possibly missing out.

Johnny Sexton has remained consistent throughout the tournament, fending off the younger competition with his incredible kicking and IQ on show once again upon his return from the sidelines from round three onwards.

The experienced Irishman has outperformed Scotland’s Finn Russell throughout the campaign and may pip him to a spot in the Lions squad too.

Conor Murray has also proven that he has still got it with a strong performance at the weekend and may even find himself the first nine on the list in the summer after some subpar performances from other nines both in green and across the pond.

Keith Earls stood out for the boys in green on the wing with his performance levels rising every week, culminating in a stunning display at the weekend.

The Moyross man’s consistency may earn him a first Lions tour since 2009 and possibly his first full cap for the famous side.

Hugo Keenan has also put his name in the hat after making the full-back position his own but may have to take a bench role with Stuart Hogg still around.

Will Connors and Iain Henderson have also shone throughout the campaign with the former making a strong case for a starting spot in the squad and the latter providing world-class cover when James Ryan picked up an injury.

Ryan will also be talked about in group chats across the world as a key figure for the Lions despite his injury limiting his game time during the Six Nations.

Garry Ringrose is another injured Irish star who may be on Gatland’s mind for the tour squad.

The Lions squad may be filled with Irish players if the tour goes ahead given the lacklustre tournaments of England and Scotland and, going by the performances of the candidates over the last month, they’re bound to make some noise in Lions red.