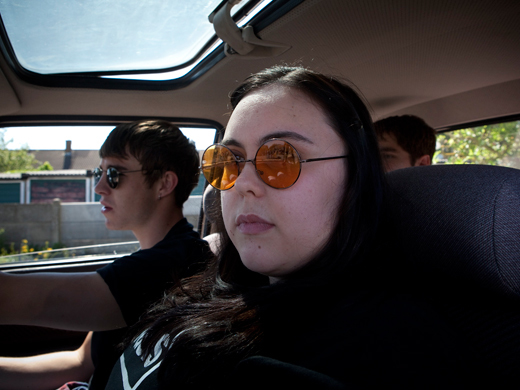 My Mad Fat Diary made its debut on E4 in 2013 and has now made its return to our screens on Netflix this year.

It is based on the book My Fat Mad Teenage Diary by Rae Earl and the messages it imparted through Rae, Chloe, Tix, Archie, and many more, are as important today as they were when the show debuted.

The show centres around a young girl coming of age in the mid-90s. Like many 16-year-old girls, Rae Earl is boy crazy, sociable, rebellious, and unfortunately, like a lot of teenage girls, she suffers from a multitude of mental health issues – ones that need to be highlighted.

It’s an honest drama that hits the nail on the head when it comes to mental health.

It depicts important messages through some of the characters in their battles with depression, suicidal ideation, self-harm, LGBTQ, eating disorders, and body issues in an era that would have not been as accepting as we are today in 2021.

The seasons play out through Rae’s diary entries, and it doesn’t hold back or sugar coat her darkest and most inner thoughts.

This is what sets it apart from the rest; it’s not fictitious or researched like many shows about mental health, it’s based on a real person’s thoughts.

My Mad Fat Diary portrays the awkward, depressing, messy woes in the life of a teenager with mental health issues through an honest, and at times humorous, lens.

It has yet to be rivalled by any series in this context. It’s not filtered or glamourising, it simply exposes the real nitty-gritty, ugly, and tormenting side of mental health.

The show captures the 90s in all its glory. The teens don’t have Instagram or Twitter to hide behind. They are fully present in their lives, their anxieties and angst unable to be masked by a ‘thriving’ online persona. 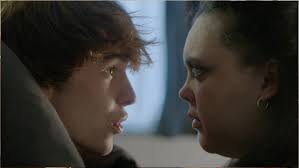 The music and fashion bring us back to a time when mental health and LGBTQ issues didn’t give way to terms like ‘self-love, ‘women supporting women’ and #BeKind.

Watching Rae go through life outside a psychiatric hospital and struggle with her inner demons in the 90s begs the question: how might she have coped in today’s world?

Rae has very serious mental illnesses, but thankfully, she still had access to therapy and medication. However, because it was set in the mid-90s, for most of the show she is trying to hide this fact and is terrified of people – mainly the gang – finding out about it.

In 2021, speaking up about mental illness is less taboo and is actively encouraged. People today tend to offer their support. I’d like today, Rae’s diary would have been online, and that she would be flooded with supportive messages and praised for her strength and honesty.

A lot of Rae’s mental health issues stem from the fact she is overweight, and while the world is still not short of bullies, I find it hard to imagine someone in the street hurling abusive insults at her on her way to school in 2021.

The fashion industry is more body-positive, and we now see plus-size models gracing runways, so it’s headed in the right direction.

Although the world is still rife with bullies, they now come in the form of online trolls living under fake accounts. I think Rae is the type of girl who might have been a social media sensation for her witty comebacks, great sense of humour and taste in music.

I’m sure life for a 16-year-old in 2021 is no picnic and comes with its pressures, but I think life in 2021 might have been a little easier for Rae growing up – though she’d sorely miss the music from the 90s.

So, my take-aways watching the show again in 2021. Firstly, the music isn’t as good as in the 90s. Secondly, fashion accessories such as the hair claw clip, rounded sunglasses, scrunchies, and tie-dye t-shirts have made their comeback.

And most importantly, the realisation that we have made huge strides in how we deal with and treat mental illnesses and homosexuality.

We have a way to go, but if more teenagers can channel Rae Earl’s honesty and bravery, we will be headed in the right direction in removing the stigma around mental health.

How Social Media Has Impacted My Self Image