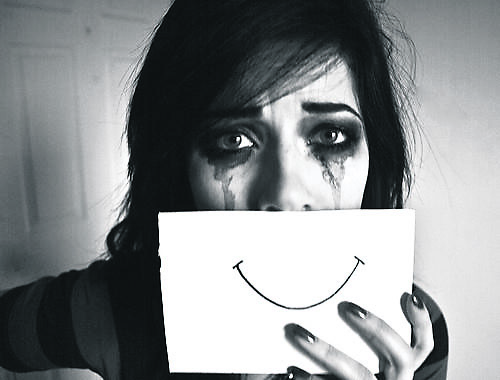 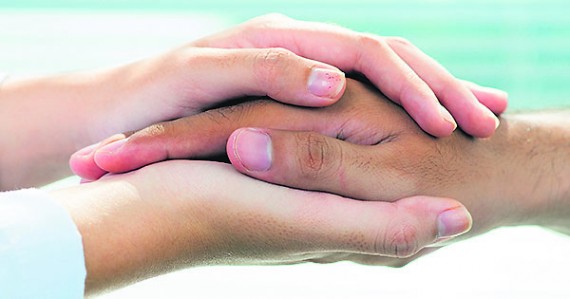 Around this time last year I was flicking through YouTube, watching live performances of different songs. Off to one side I saw a video suggestion: “Simone Battle’s last live Australian tv interview”. Battle was a member of girl-group G.R.L. I thought maybe the singer had just left the group. Curiosity had me search Google to see what had actually happened.

Was it a freak accident? No. The reports I was reading seemed certain she had died by suicide. And then of course I lost some of my sensibilities and began to wonder why this had happened. Why would someone rising in her career and gaining global recognition for her talent choose suicide? Then Robin Williams reappeared in my mind and those few moments of wondering the why of it all disappeared.

It can happen to anyone. While doing suicide prevention training a few years ago in UL, participants were asked to list on a large white sheet all the people who were likely to become victims of suicide. By the end of the exercise the page was full. It was meaningless though, aside from teaching us something we hadn’t really considered.

No single group or type of person can be free from suicidal thoughts. There are those who the statistics say are at a higher risk of mental health issues and suicidal thoughts, but statistics never account for individuals. Anyone could be a victim of suicide.

We see people like Williams and Battle, who seem to have everything going for them, seem happy and fulfilled when they step out into the world each day. But this isn’t a telling sign of someone being okay. Anyone can fake a smile, say “I’m okay”, and go about daily life without any apparent problems. People can very often be successful in their professional life, while in reality hiding their personal unhappiness, their depression, anxiety or any other mental health difficulty.

I’ve noticed that what seems to shock people most though is when someone dies by suicide “suddenly”. What I mean by this is that people see no sign of possible suicidal intent. There are set signs of suicidal intent in people in some cases. There are even various lists of things people should watch out for as telling signs.

However in so many cases it is “sudden”. The thing about suicide is that it only takes one downturn to cause a death. Someone can be happy in general, then something bad happens, they have a bad day maybe. Maybe they’re alone and in distress. No one will actually see any signs of suicidal thoughts and before anything can change in their mind they’re gone. All it takes is a little step in a minute of distress and hopelessness.

What can be done though? There simply isn’t a clear answer to that unfortunately. We can encourage people to seek professional help from counsellors and such. We can teach people how to help each other in certain circumstances. We can learn how to spot the so-called signs of suicide. The reality is though that sometimes nothing we do or say will change someone’s mind, we might not be on time, we not realise what is happening until it is too late.

What I would encourage people to do is to watch out for each other. When you ask your friend, family member or work, or college, colleague “are you okay?” or “how are you?”, mean it. If they say “no” or hesitate, ask them if they want to talk to you. Let them know you’re open to listening to them if they ever want to talk about their troubles. Find out where you can refer them to if their problems are too big for you and if it’s very serious.

There are dedicated groups, like Pieta House, who will listen and have the expertise to help. If it’s in college and they are nervous about seeking help, offer to go with them to the counseling department to speak to a counsellor.

You might not have the expertise to help someone who has mental health difficulties, depression or suicidal thoughts, but try to point them to the people who have that expertise. You don’t have to have the answer to solve their problems, but most people have the ability to journey with them in their search for help. Suicide can take hold of anyone at any time, so just watch out for each other.

If you’re in college, seek out your counseling service, either for yourself or for others. At least know where it is and how to get there. If you are offered training in suicide prevention, like SafeTalk or ASIST, take it. Both are invaluable and will teach you what you need to know on a basic level about suicide, including the appropriate terminology, like “died by suicide” instead of “committed suicide”. It’s these little things that might someday save someone’s life in one way or another.