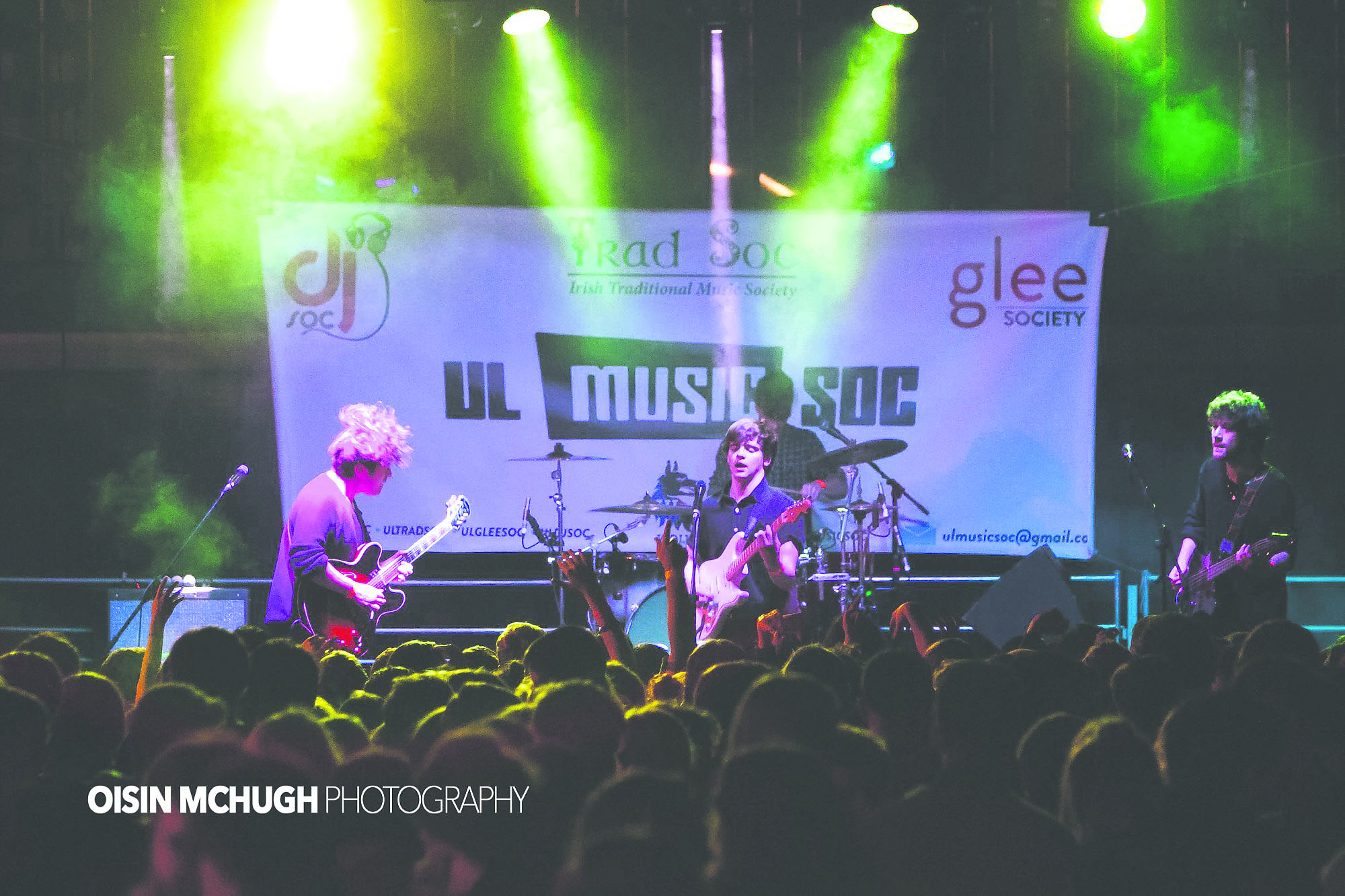 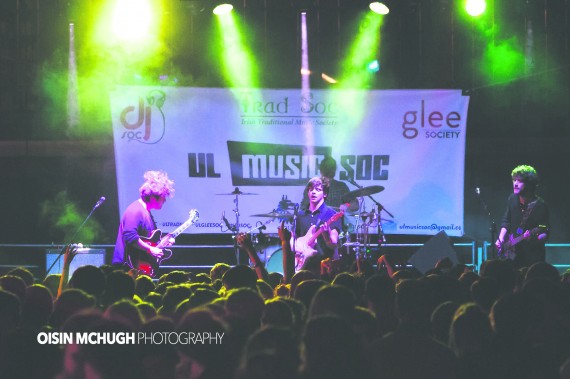 Arriving in Ireland and away from my home country of France, I clung to my passion: music.

Indeed, UL Music Societies helped me to find my place and integrate into life in the University of Limerick. Organizing shows, meeting artists – this was a dream came true for me. I had never seen or heard the existence of this kind of society in my home university!

I first met the President Sean Sweeney. He seemed as enthusiastic as me, especially being part of the Music society committee. My first task in the society was to create the imagery for the Lycanthropy gig on the 10th September. This is a free admission event, hosted by the UL Music Society at the beginning of each year in The Stables. The Lycanthropy gig, literally meaning the transition of man to wolf, marks the return of the students to the university and symbolises the students’ transformation and return to the UL Clubs and Societies ‘Wolf Pack’. We had three acts – Flat Out playing Traditional music, then ‘Monday Villains’ with rock, followed by a DJ called Ekron.

I really felt like part of the committee, I went to the weekly meetings of the society and was soon elected events officer. But this was not all without some difficulty. At the beginning, I found it tough to fully understand what was happening. And a lot was happening indeed! Between the conversations of the Music Room rigs, loan rigs, the Open Mics, the DJ nights and the preparation for Hudson Taylor gig, I had to take notes so I wouldn’t get lost.

In my case, I was part of the organising team for the UL Roots Battle of the Bands gigs.

This was a succession of gigs every Tuesday night, where three bands had to perform against each other to win a prize which included a cash sum and to opportunity to play support to Hudson Taylor and The Academic in week 7, as part of the SoUL Arts Fest.  The event was held on the Stables Courtyard stage and the judging panel included members of the committee.

My role in all of this? I worked alongside the Events Manager, Saoirse Nevin, and helped in communicating with the bands, meeting them on the night and giving them refreshment vouchers. We then watched the event. When everyone was back home for the night or on their way, we, the members of Music Soc gathered for a last moment around the stage to take down and clear our equipment. A couple of weeks later, we gathered again but this time around a dinner in a cheerful atmosphere, for our committee bonding night.

For the battle of the bands finale on the 13th October, Mister Sister hit everyone with their amazing stage presence. Although The Phases and Chasing Trains put on a great performance, it was clear to say Mister Sister were the winning act. 9 days later, we met them again but this time for the Hudson Taylor gig. All the members of the Music society worked really hard to make the 22nd October the best music night of the semester.

With all the members in their place: we raised the curtains, and the show began!

The ULMS Glee Ensemble conducted by Deirdre Higgins started the show perfectly. Who knew that if you mixed Brightside from the Killers and Shut Up and Dance from Walk the Moon, we get such a beautiful medley with their voices? Soon, it was time to make way for folk music. Tim & Ali came on to the stage and wowed the audiences with their amazing presence. They were followed by Mister Sister and The Academic. And finally, Hudson Taylor lifted the atmosphere of the courtyard into a frenzy. We heard the whole audience singing throughout, especially the last song: Battles. With a short exchange of glances from backstage, we confirmed that it was a great success.

However no rest for the Music Soc’ members! Weekly meetings take place with new projects happening all the time, like the creation of the ULMS band, and organisation of our weekly gigs on Tuesdays in Stables!

2016 has already taken some famous artists from us but that doesn’t mean music is dead.

So let’s celebrate it at the UL Music Society’s Academy Ball on the 11th February.

Hold tight because the music society will strike hard this second semester proving that music makes us feel alive.

Parkour to flourish and expand this semester