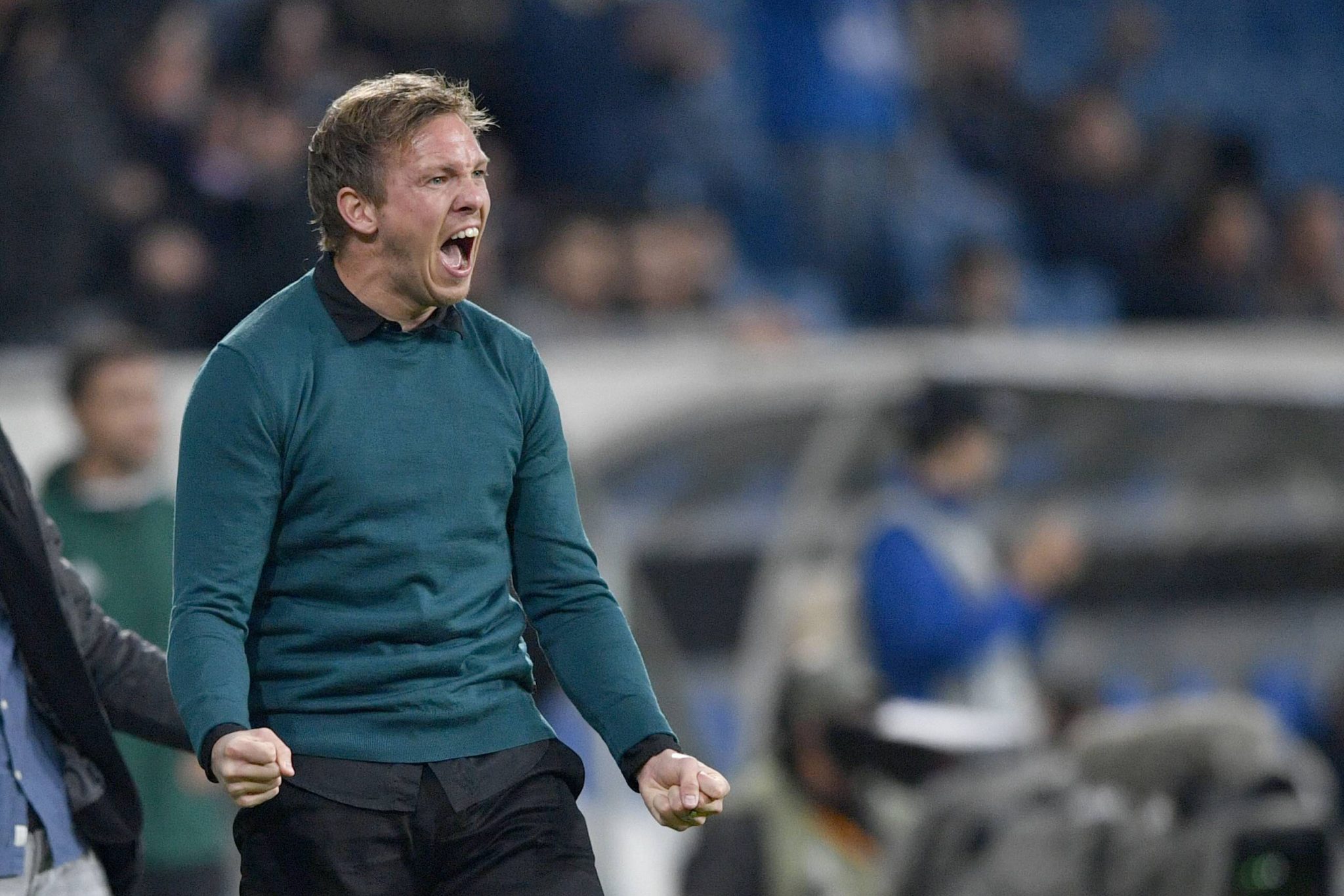 To many fans of the premier league the name of Julian Nagelsmann is one they’re not too familiar with, even fewer know the circumstances that allowed him to become a coach in the first place.

Just as the German national team went through ‘Das Reboot’ in the mid to late 2000’s, through completely replacing the methods of training in all levels of football, from grass roots to international football.

Germany, since their World Cup triumph in Brazil, have sought to redefine themselves again.

This time, however, it’s not in the way young players are trained by youth coaches, but rather how they train, develop and place trust in their youth coaches.

In Jonathan Harding’s book ‘Mensch’ (German for people) he writes about his interactions with German coaches from regional teams to all the way up to the Bundesliga.

He notes that the younger coaches (around 35 and younger) operate quite differently to their more experienced counterparts.

Detailing how in order to get the badges to coach in Germany, you need to pass a high level interview to be enrolled but must study topics from how to training players, fitness, tactics and man management.

All in effort to become a modernized coach/manager, in order to be able to deal with modern players who ask why a coach is telling them to train a certain way or how a certain drill will help them or question why a manager is telling to perform a certain task.

Managers who have worked across this shift in player mentality have either sunk with their ideas or swam with their players.

High profile managers like Jose Mourinho has always struggled in keeping his players on his side, all the tactical knowledge can’t make up for a lack in man management, while on the other hand managers who are mainly great man managers fail to adapt due to their lacking tactical skills.

See Real Madrid this season as a prime example.

This is where Julian Nagelsmann comes in. The poster boy for Germany’s new age of coaches. Having retried as a player at the age of 20 due to injury, Nagelsmann studied sports science in college which allowed him to apply for his coaching badges.

The process made easier by his former manager Thomas Tuchel (who was the poster boy before Nagelsmann).

Having won his badges he was hired by Hoffenheim becoming their under 19 assistant manager in 2012 at the age of 25.

He was promoted the following season to Under 19 Manager and guided them to their first ever Under 19 Bundesliga.

A few seasons later following Hoffenheim’s disastrous season under Huub Stevens paired with Stevens’ growing health concerns, Stevens stepped down, allowing Nagelsmann to become the manager of Hoffenheim at the age of 28 on the 10th of February 2016 (showing how Germany has evolved to trust in their new youth coaches).

With his side seven points from safety at second from bottom of the table with 13 games remaining, Nagelsmann was thrown in the deep end at the start of his managerial career, he had been given his chance and he had 13 games to save Hoffenheim season and save it he did.

The Following season (2016-17) Hoffenheim continued on with their great form under Nagelsmann. They went until the end of January without losing a game. Nagelsmann lost fewer games in the league that season then he did in his first 13 games in charge.

He nearly halved the amount of goals conceded, tightening up Hoffenheim’s defence. The previous season Hoffenheim lost 8 games by 2 goals or more. In Nagelsmann’s first full season in charge they never did.

The 5 games they lost (with 1 the DFB-Pokal) all ended 2-1. Including one game against Nagelsmann’s former manager Thomas Tuchel.

At the end of the 2016-17 season, Nagelsmann led Hoffenheim to a champions league spot, the first time ever in their 117 year history. Hoffenheim continued to grow next season(2017-18), while they were knocked out of the Champions league in the qualifying rounds, in hindsight there are some positives to take away from it, as they were knocked out by Klopp’s Liverpool who went all the way to the final that season.

Nagelsmann made up for it domestically. Finishing higher than last season in 3rd, ahead of Tuchel’s Dortmund. A great achievement considering clubs who aren’t regulars in European competitions see a dramatic drop in results domestically.

A lacklustre season followed (2018-19), they dropped to eighth in the league, didn’t go far in the DFB-Pokal and finished bottom of their Champions league group. The season could be argued was tainted even before it began.

Nagelsmann was head-hunted by RB Leipzig. Nagelsmann had agreed to become Leipzig manager at the end of the season.

At time of writing, Leipzig find themselves in second place in the Bundeslgia, taking full advantage of Bayern Munich’s typical power struggle behind the scenes in the process to find themselves contending with Mochenengladbach for the title. Nagelsmann is well on his way to becoming the world’s best head coach and a German football icon.