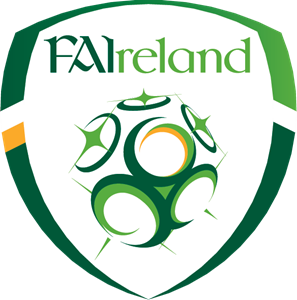 Gary Neville and Stephen McGann of Pike Rovers has been included in the initial squad with Limerick duo Shane Clarke (Janesboro) and Chris Smith (Abbeyfeale) on the reserve list.

Gary Neville is a goalkeeper for Pike Rovers who enjoyed an outstanding 2018. He was instrumental in guiding his club to the final of the FAI Junior Cup where they suffered an agonising defeat to Wexford’s North End United which was played in the Aviva Stadium. However, Rovers did claim the Munster Junior Cup after beating Janesboro in the final. Neville made some crucial stops and helped guide his side to victory in the penalty shootout.

Pike Rovers central midfielder Steven McGann was instrumental in his side’s progression to both the FAI Junior Cup and the Munster Junior Cup. The former Limerick FC player scored the equaliser in the final of the latter competition as he curled a sweet left-foot strike into the bottom corner. The former Irish Junior international also scored in the FAI Junior Cup final with a first-time strike with his left foot.

Shane Clarke of Janesboro is among the standby players as he helped guide his club to the Munster Junior Cup final last year. Clarke scored his team’s only goal on the day but it wasn’t to be as they suffered a penalty shootout defeat to Pike Rovers. The talented striker has represented Limerick FC in the past and will be ready if manager Gerry Davis calls upon him.

Chris Smith is also on standby for the Irish amateurs squad. The Abbeyfeale man played a crucial role in helping his side regain the Desmond Premier League last season. He was previously called in to the Republic of Ireland amateur panel that faced Northern Ireland. Smith has also trained with the Regions Cup squad as the talented defender will be more than capable of stepping up to the mark if required.

The following players are included in the selection: