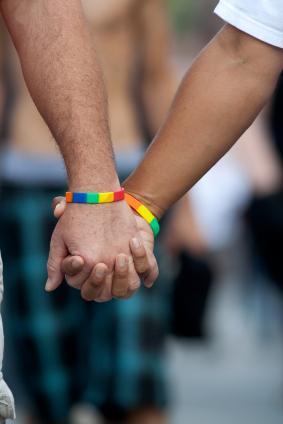 My story is not very unique, nor very entertaining. It’s a story about the journey I had to take to come to terms with my sexuality in a rapidly changing and advancing Ireland. The thing about being gay is that no one would ever choose this life. No matter how comfortable or happy I am with myself now and how well everyone took my coming out, it’s horrible that anyone should ever have to go through the inner turmoil that the majority of LGBTQ youth go through as we grow up. Those early days of not knowing what you’re feeling just that it’s wrong to the days of self-acceptance and finally letting the world in on your little secret can be so detrimental to both your mental and emotional well being.

The earliest memory that I have of being different was on a family holiday in France back in the summer of 2002 and the soccer world cup was all over the tv. I’m actually not sure whether the soccer had anything to do with me thinking this way or if it’s just what I relate to, but there was some stage of that holiday that I distinctly remember thinking that I had some sort of feelings towards boys and that I could never ever tell anybody and that I’d take that secret to my grave. I was 7.

The next moment in my life where sexuality and preference came to the fore was of course during puberty and the early years of my secondary school life. All along I had myself convinced that the second I kissed a girl, these shameful, sinful and wrong thoughts that I couldn’t seem to shake would finally disappear. I kissed my first ever person, a girl, on December 23rd 2008. And it was amazing, I remember walking the half an hour road home and couldn’t stop smiling the whole way. Ecstasy was an understatement……But it didn’t stop my homo feelings.

So the next natural, most logical conclusion that I came to was that once I had done something sexual with a girl, surely that would once and for all sort me out.

At this stage I was coming to the end of my Junior Cert, going into Fourth Year and it was pretty much all I could think about. I’d always have to check myself if I thought my parents were coming into a room I was in so that I wasn’t “doing anything” or “looking anyway” that might give my secret away. In my all-boys school, at lunchtime when everyone else was talking about all the girls they liked or what they would give them out of 10, I was always the one that could only listen, pretend that I could relate, and lie bullshit my teeth if I had to say anything. Always secretly punishing and scorning myself for not being the same way.

But I was popular. I had loads of friends, was full of confidence, and was, for the lack of a better word, very straight-acting. I was able to fool everyone, easily able to pretend to be someone I wasn’t. I always considered myself lucky that I didn’t have that “gay voice” that everyone talked about. But I had to confront my demons eventually and it was January of Fourth Year that I actually remember lying in bed one night and thinking “ok look it, I’m probably bisexual and people are just going to have to get used to it”. Another lie..

And that summer I told my best friend that I was bi. He was brilliant with it, knew exactly what to say to relax me, told me it doesn’t make any sort of difference to him and that we’d still be friends for life. And we still are thank God. But he asked me the worst question that he could ave asked at the time and the one question that I was hoping I wouldn’t have to address for another while: “So, are you more into girls or guys…..?”

Of course I knew the answer but I couldn’t bring myself to tell him there and then. I had used the bisexual stepping stone like a lot of gays do and that was enough for now.

It took me a whole more year to tell my parents. At this stage I knew I was “fully gay” and had told 2 or 3 friends, but I just had to tell my family. So on June 27th 2013 (weird how I remember all these dates), I sat them down, asked them to pause the TV, walked into the room, hands and body literally shaking with nerves that I had never experienced before. I told them the big breaking news and low and behold, they also were fine with it! I actually never thought that they wouldn’t be, what scared me the most going into that room was that after the next 5 minutes, whether good or bad, my parents were going to see me differently after 18 years of them seeing me one way.

That’s the moment I consider as my Coming Out even if I had started it already with a few friends and even if the majority of my other friends and family wouldn’t find out for another few months.

It takes courage, no doubt. Because even though it’s full of people of all different orientations and identities, the closet can be the lonely place in the world. Only advice I have is the same advice you’ll here on all the other stories and videos you read and watch: Only do it when you’re ready, but when you are ready, own it and don’t let anyone tell you that you are any lesser simply because how you were born.

*The name of the author has been changed for confidentiality reasons