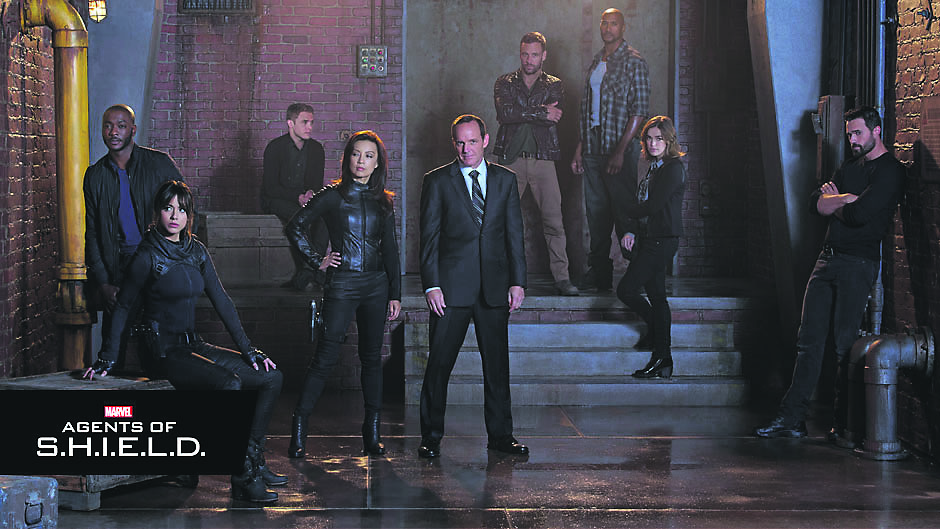 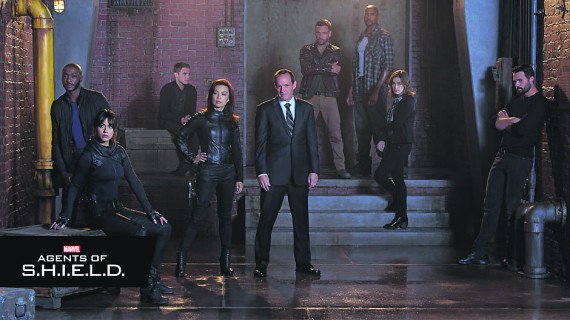 At last, the third series of Marvel’s Agents of S.H.I.E.L.D. has started airing this side of the Atlantic. Switching from Channel 4 to E4, the new series premiered at 9pm on Sunday 10th January, and the second episode aired at the same time on Sunday 17th January. We are well behind American audiences (and perhaps some of our readers who are not as patient), for whom the first ten episodes of the series aired before Christmas, but we are slowly going to catch up.

With the premiere, you could say that S.H.I.E.L.D. returned to truly dealing with superheroes, as the season begins with an alliance assembled by Coulson featuring former S.H.I.E.L.D. agents looking to contain new super-powered Inhumans to eventually be trained into the new team. It was in all respects a very suitable and exciting premiere. Daisy (formerly known as Skye) had a particularly explosive appearance, and long-term fans of the series will notice the evolution of her character since series one.

Those familiar with the last season will, of course, be asking what becomes of Simmons. Having been transported to an alien planet when sucked into a monolith at the end of season two, the premier features Fitz desperately trying to find out how to rescue her. This involves Fitz going on a solo mission to find information about her fate. Indeed, Fitz is another character whose development will intrigue fans of the series, and the premiere episode shows him with a new determination. Hearts will break at the scene where Fitz is seen pounding the monolith, begging for Simmons to be set free.

That particular storyline becomes the focus of the second episode of the series, when Fitz is helped by his fellow agents in figuring out the portal. Once again we see the chemistry of the S.H.I.E.L.D. agents in working together, and viewers will be taken aback by the sheer emotion of Fitz, obviously driven by his love for Simmons to rescue her, months after she initially disappeared. I was personally glad to see the return of Simmons, having dreaded waiting for much of series to see her again.

The second episode takes up more of the storylines where they left off at the end of season two, and also saw the return of another former S.H.I.E.L.D. agent in the form of May. Having taken a hiatus, she was tracked down by Hunter and enlisted to help in his own personal vendetta for Ward by infiltrating Hydra. Ward himself was returned to the spotlight in this episode, having his own plans for getting revenge on S.H.I.E.LD. He is shown to be in the process of rebuilding Hydra, which makes one speculate as to whether or not Ward could pose a serious threat to S.H.I.E.L.D. over the coming series. Nonetheless, this thirst for revenge is intriguing and likely going to be central to Ward’s character arc over the course of season three, and it will be interesting to see how the writers play on this personality which has divided fans of the series, with some in love with Ward and others who would be delighted to see him crushed to pieces.

My verdict of the first two episodes is, in essence, that they were enough to leave me thirsty for more, and presumably enough to keep viewers hooked over the next few weeks. The blistering opening to the series has left me apprehensive to find out what will transpire in the coming episodes.