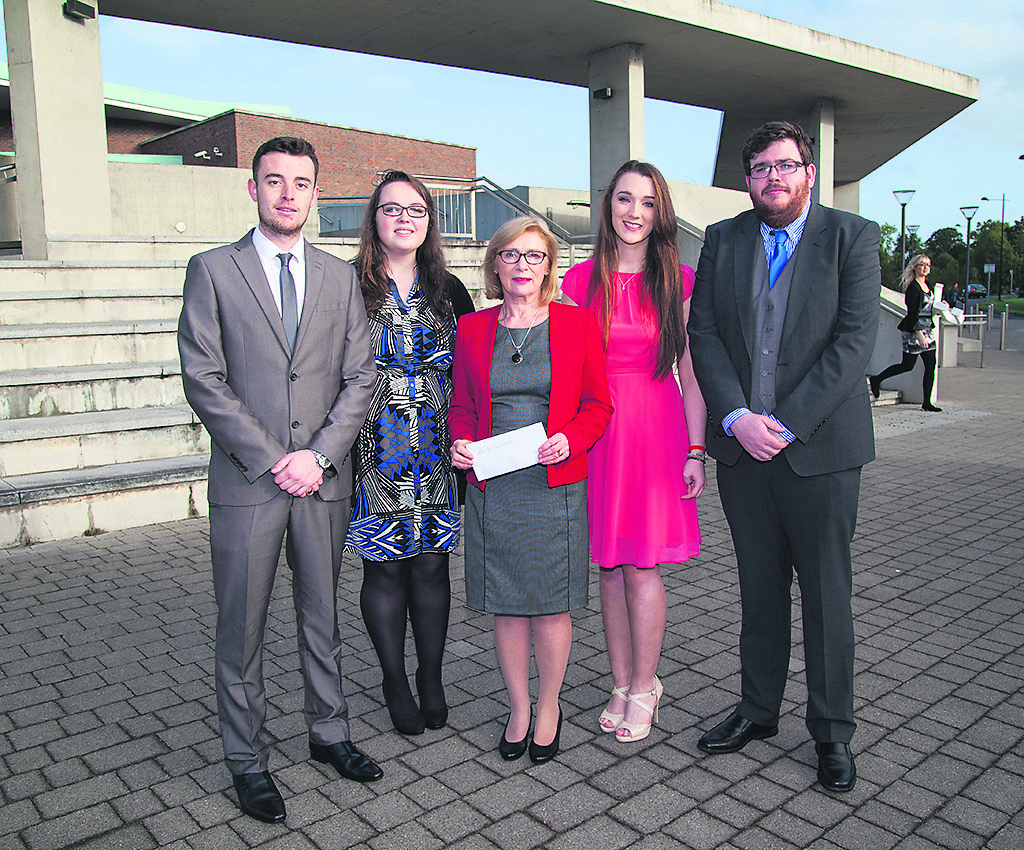 The plan outlines the future development of the University of Limerick with particular emphasis on its international, research and teaching dimensions. Significantly, included in the plan is the university’s link with the regeneration of the centre of Limerick City and its portal in the new Opera Centre.

The Chancellor of the University, Mr Justice John L. Murray told the large attendance the day was about the future.

He said: “Decisions taken now shape the future we seek to provide for the next generation, an education that will allow them to flourish and fulfill their potential in a fast changing world.”

Mr Justice Murray added: “There is no better investment for a nation than its investment in education.”

He also acknowledged that education is expensive and that deterioration in the quality of education has dire consequences for society and takes a long time to recover from.

Mr Murray said he was delighted to endorse the plan and added that it was a finely tuned plan which addresses the realistic challenges to continuing and enhancing the great educational achievements of the university since its inception over 40 years ago.

Outlining the plan, Professor Don Barry, President of the University of Limerick, said the plan has had extensive input from across the campus and beyond. Broadening Horizons has six core values: Excellence; Creativity; Ethics; Sustainability; Community; and Global Focus.

Professor Barry said objectives in the previous plan, ‘Pioneering & Connected’, had been achieved with a “20 percent increase in student numbers and a 100 percent increase in international students. Research funding had raised in excess of €130 million and has generated over €150 million of commercialization income through venture capital investment.”

Professor Barry announced that for the first time in the history of the University of Limerick “€50 million research funding had been secured and that is a major achievement by the people who work in this institution.”

He also told those assembled that the network of international university partners has grown to over 400 in 38 countries.

In addition, UL graduates are considered 22 percent more employable compared to other institutions in the state.

The plan aims to increase by 60 percent the international full-degree student population at the college and by the end of this plan it is envisaged that postgraduate students would represent 30 percent of the student body.

He added: “The plan maps out the global innovative and creative role we seek to travel to keep this institution at the forefront of higher education.”

Minister for Education, Jan O’Sullivan said it was a very “precise and ambitions plan” and also “rooted in what the university had already achieved.”

The Minister said the plan was very much in line with national priorities and national strategies in higher education to 2030. She acknowledged the role that higher education would play in “underpinning Ireland’s future economic and social development and it is essential that a robust funding framework is in place to support the sector in delivering on this role.”

An expert group is examining the future funding arrangements for higher education and will report by the end of this year.

The University of Limerick is ranked inside the top six percent worldwide and this was achieved inside a short period of 43 years, according to Minister O’Sullivan.

The Minister for Education and Skills also confirmed the government’s commitment and support to helping UL achieve the vision of the strategic plan.