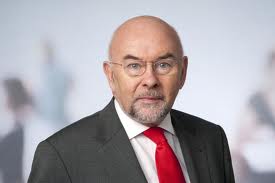 Minister Ruairí Quinn recently announced the introduction of a new European-wide University ranking system. U-Multirank, the new system which is being rolled out across the EU, expects approximately 500 universities across Europe to partake in the new scheme.

The first results are expected to be published in early 2014. These results, however, are based on more than just research in third level institutions. Instead, it focuses on five main areas of a university: quality of teaching and learning, international orientation, success in knowledge transfer, reputation for research, and contribution to regional growth.

The new system, U-Multirank, will also rate universities on their strength in business studies, mechanical engineering, electrical engineering and physics.

Six third-level institutions in Ireland, including University College Dublin, DIT, CIT, GMIT, IT Tallaght and IT Sligo, have all expressed interest in the new ranking system, with many more expected to follow suit.

European Commissioner for Education, Androulla Vassiliou, speaking at the launch, said young people would make more informed decisions with the new system about where to study. Previously, American universities have dominated rankings internationally, and the new system is likely to be more favourable towards universities outside of the States.

TD Phil Prendergast said the new system will help to quash the “prejudices and snobbery that were inherent in the old system, which disproportionately favoured historic universities as opposed to modern third-level institutes and universities”.