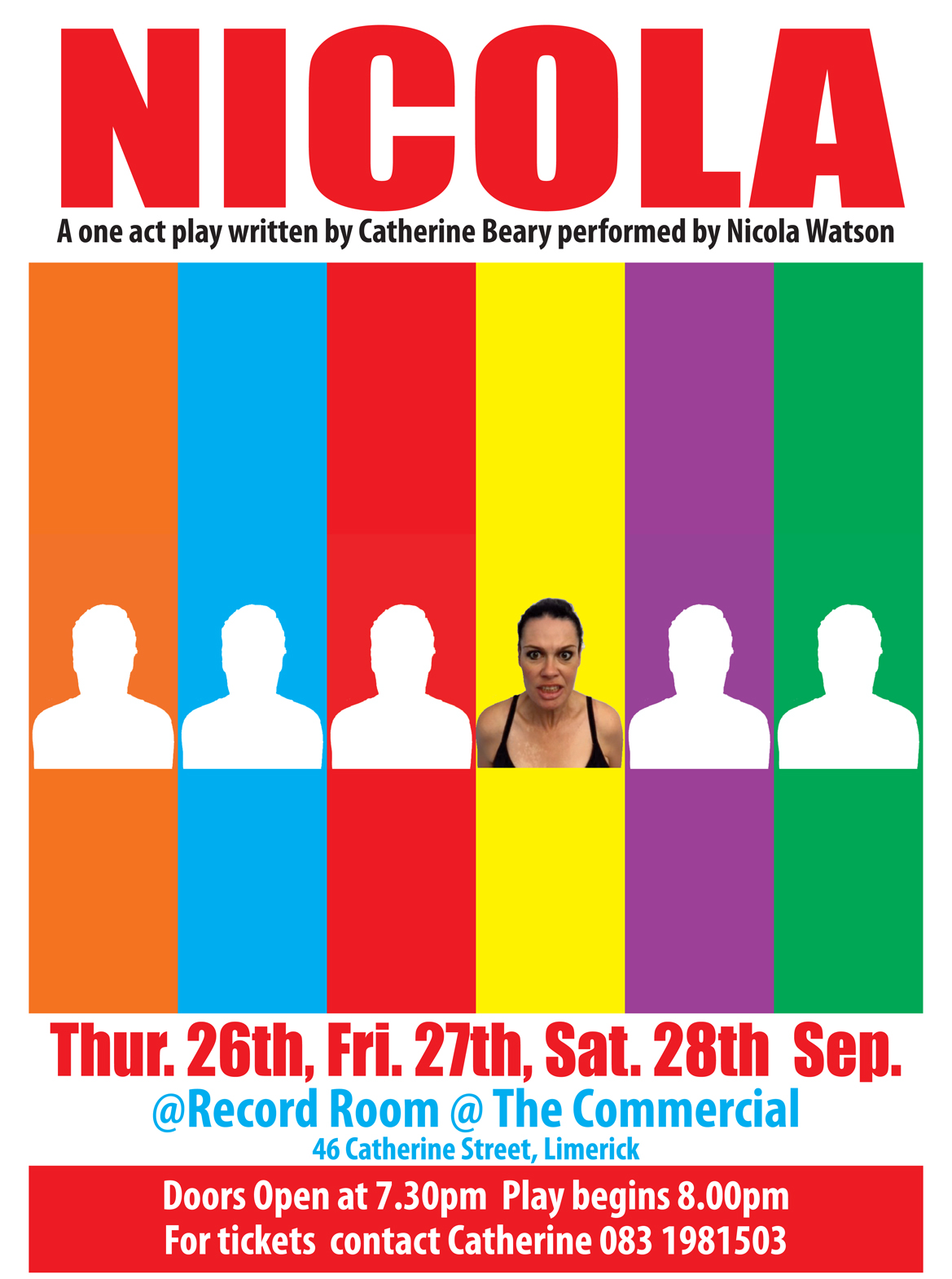 You never know where you might find a hidden gem.
The theater scene has been booming in recent years, and you can never predict where the next success might come from.
As it turns out, the next big thing might be hiding in plain sight in Limerick.
It was a three night run held in the record room at The Commercial on Catherine Street culminating with a sold-out show on Saturday.
Nicola tells the story of five middle-aged friends meeting for lunch.
An incident happens which forces them all to admit to a hidden untruth.
The characters themselves ranged from a high-flying executive to a neurotic mother riddled with post natal depression and also included “Nicola – the mother who dreams of becoming an actress.”
Nicola is a one-woman play, and like all great threatre, is a naturalist and raw delve into the psyche.
Nicola Watson played all five characters, and delivered a herculean task with aplomb.
It really does need to be seen to be believed.
Watson moves fluidly between characters, almost as if one turns a button on and off.
Her sometimes pained and other times comic facial expressions all the more evident in the intimate setting.
A brave strong actress who completely won the audience, the boisterous standing ovation that followed massively deserved.
The characters were passionate, energised, and bought tears of laughter and sadness.
Watson told An Focal the play was a collaborative effort with the writer Catherine Beary, and wished to express the story with empathy, comedy and drama.
Nicola might be coming soon to a town near you, so do yourself a favour – go see it.
You might just see the future of Irish theater.