On-Campus Accommodation Prices Increased Steadily Over the Past Five Years 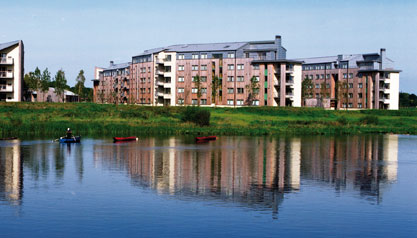 On-Campus Accommodation Prices Increased Steadily Over the Past Five Years

On-campus accommodation fees at the University of Limerick have increased by up to €260 in the past five years.

While the two-bed apartments in Dromroe, Thomond and Cappavilla Villages increased by €130, the increased figure of €260 applied to the majority of the accommodation.

General Manager at Campus Life Services (CLS), John O’Rourke said the increase next year is due to increased operating costs and planned capital investment over the next three years.

Mr O’Rourke explained: “This summer we are rolling out WIFI across all the villages which will be ready for all students who return in September. We will have WIFI coverage in all living areas and bedrooms as well as maintaining the existing high speed wired connection in each student bedroom.

“In addition, this summer will see the commencement of an ambitious three year refurbishment plan which will focus on improvements in Kilmurry, Dromroe and Thomond Villages over the next three years.”

He added: “The increase in our fees contribute to these costs and helps us to continue to provide a high quality student living experience on campus here at UL in a sustainable way.”

While many students do not have to pay college fees, which can be up to and over €5,000 per year, some students are required to pay an annual student registration fee.

Mr O’Rourke said that Campus Life Services is mindful of the effect the increased registration fee may have on residents of the five on-campus villages under the management of CLS.

He explained: “[This is] why we set out to keep any increase [in rental fees] as low as possible while still introduce projects that will improve our services.”

He added that other Irish universities have “similar challenges,” with some increasing the fees for on-campus accommodation by up to 10% for 2015/16.

“Will you be voting yes or no in the marriage referendum and why?”