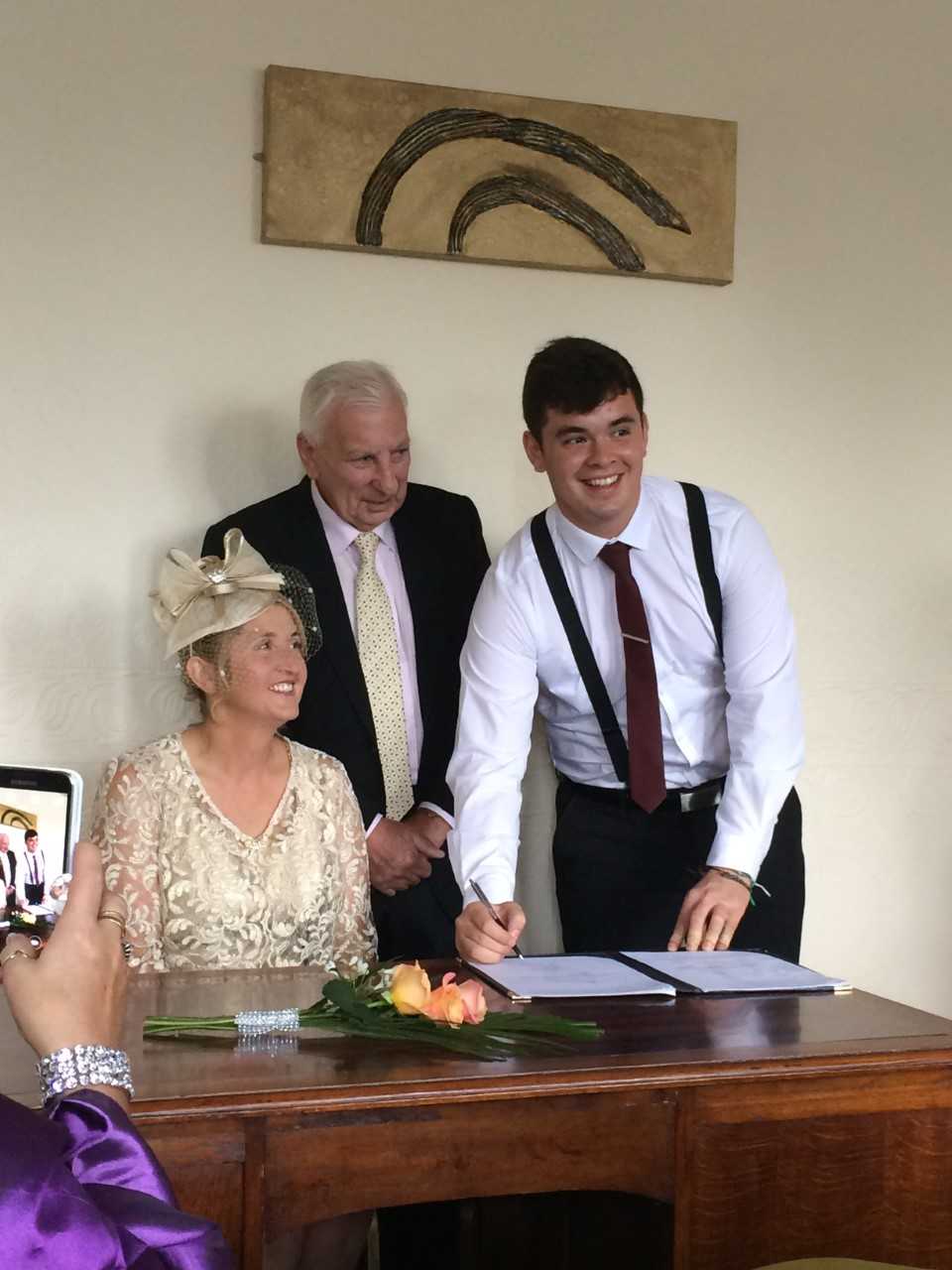 The newly elected President of the Postgraduate Students’ Union (PSU), Dean Lillis, has single-handedly organised for the students of his Human Rights class to visit the International Criminal Court in The Hague.

When Dean is not too busy trying to be the best class representative he can be, he is sliding into challenges while trying to win a game of soccer. He is a hard tackling, six-foot-tall, central defender for the whole 90 minutes of the game, but off the field he transforms into the helpful, decent human-being his friends know him to be.

“I see everyone as my friend, and that is the way I am, the way I like to live my life and have been brought up,” Dean said.

A little-known fact is that Dean is fluent in Spanish, although he does not like to speak it much, in the fear of mispronouncing words. “I spent a year in Granada in Spain and I will be able to help the Southern American and Spanish students as PSU President,” Dean added.

As a class representative, Dean likes to provide as much assistance as he can to his classmates, which naturally helped him to decide to stand for election. “I have resolved more queries than hot dinners, although to the detriment of my studies,” he said jokingly.

Dean grew up in Castleconnell in County Limerick, but was born in Galway where he spent three years as an undergraduate studying corporate law with Spanish.

He confidently says that he would liken himself to Barack Obama in world politics because he sees himself as a man of the people as well. He is the sort of person you would have to look at only once to know that he is a good fit for any Presidential office. Moreover, Dean was also his class’ representative at the National University of Ireland in Galway (NUIG) and has attended a fair few student council meetings.

Dean says that his late step-father Noel was the reason he is interested in politics, and had instilled in him a sense of fairness. “My step-father taught me right from wrong and showed me a lot of good in the world, and that is where my love of politics came from,” he said.

Dean won this year’s PSU President Election by 25 votes and is set to take up office on June 13, beating Joseph Brown in a close-fought contest.

He had initially run for Vice-president of the PSU last semester but did not win the election. As a result, this time he was more experienced and already had the machinery in place to run a successful campaign.

However, he maintained that he was impressed by his competitor’s knowledge of politics and his ability to speak and explain things well. “I met Joseph at the hustings and he absolutely wiped me,” Dean said.

The policies he plans to implement are an indicator of his character, and he promises to work hard and toil to guarantee results.

He plans on making the food vouchers at the PSU available for use at any time, bypassing the inconvenient four to seven rule. He also plans on setting up an informal sports meet between the University of Limerick PSU and the Trinity College Dublin PSU.

He has other “long-shot plans” for the union, such as implementing sleeping pods for the students. He also cheekily hints at adding better cooking facilities and a dishwasher to the PSU common room. “The PSU receives money from the University annually, and I would like to make sure that more of this money is returned to the students,” Dean said.

He was aided by his campaign manager and classmate Haroon Farooq, who described him as active, motivated, hard-working and well-connected. Haroon thinks Dean has great ideas and was over the moon when he was told that they were going to Amsterdam and The Hague for a class trip. He said that class educational trips are great experiences which make it easier for him to learn things.

“Before Dean was class representative, our class fellows used to be uninterested in coming to class and the atmosphere was uncomfortable. Ever since he has been elected, the mood of the class has changed,” Haroon said.

Dean’s competitor Joseph Brown was also praiseworthy of his character, even though he admits that they had never spoken for too long. He describes Dean as a humble person, with the right kind of personality for a job like this. “I believe he is not a populist, and I believe he genuinely cares for the people,” Joseph said.

Joseph admits that he had initially run for president to avoid a monopoly election. He believes that student engagement in campus politics is extremely low, and took it upon himself to ensure that the next President would have to fight for the job. “Even if I do not win, I can run to provide a barrier which would force people who are running against me to put in some effort into their campaign,” Joseph added.

Dean was also encouraged by the current head of the PSU Aimee McKenzie to run for president. She has held the post for two years and believes that the job can be very varied and unpredictable. Aimee describes Dean as quietly confident and said that his background in Human Rights is a wonderful thing to have for this role. She has spoken to Dean many times and maintains that he is empathetic, direct and clear. “I believe that Dean is one of the many people at the University of Limerick who are here to enlighten and educate. I think he is going to be great in the role and I have the utmost confidence in him,” Aimee added.

His political manifesto is a testament to the kind of person he is, and it shows when he talks about the bright plans he has for his future.“I am hoping an opportunity will come my way which would require me to travel abroad where hopefully, I can use my Human Rights Masters to improve peoples’ situations and help them make better lives for themselves,” Dean said.