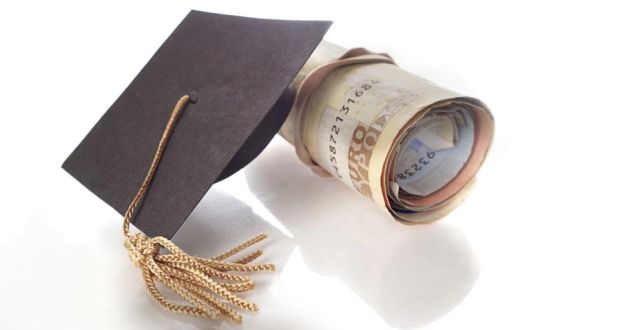 The University of Limerick Student Union are asking students to attend a demonstration to ask for an increase in government funding of third-level education in Dublin this Wednesday the 19th of October.

A bus will leave the Library Drop-off area for Dublin at 8am and return to UL in the afternoon. You can sign up at the ULSU Reception and pay a €5 deposit which will be refunded upon return to the University.

It is hoped around 5,000 students will attend the demonstration entitled ‘Education Is’, including UL, UCD and members of the Union of Students Ireland (USI).

According to President of UL’s Student Union, Sarah Dunphy, students are demonstrating to ask the government to take the funding of third-level education “seriously.” Ms. Dunphy believes third-level education is currently “phenomenally underfunded” and the €36.5 million allocated to higher education in the recent Budget is not sufficient.

“It was said before that we needed a €100 million to keep it at a stand stead,” the ULSU President explained, adding that it is “not functioning hugely successfully as it is.”

“But when we call for reduced fees they’re going to cut it from higher education even though we’ve paid. We want to scrap that and ask for public funding.”

Currently, Irish third-level fees at €3,000 annually are some of the highest in Europe, second only to the UK.

Ms. Dunphy explains that the income-contingent loan solution would mean a student could leave university with a loan of €20,000 or more.

“The problem is they’re basing this model on the American one but American students owe like one trillion in loans.”

The ULSU President recommends the Irish government instead look to Germany and France’s third-level funding model where students pay approximately €200 or €300, with the rest state-funded.

“They are at the top of the Irish Times Higher Education list in International rankings and all the Irish Universities have dropped this year bar one,” Ms. Dunphy pointed out.

“We want to tell the government that we need funding for Higher Level Education and we need to look at a viable solution and that is for the government to publicly fund higher education – because we are suffering.”

Ms. Dunphy emphasised the importance of the protest, “We understand that people may have mid-terms and things and what not but we really want people that can go to make noise, to show representation from the University of Limerick. We’re giving you the opportunity to use your voice and we’re asking people to take this opportunity.

“If they don’t take it, they can’t go and complain about fees.”

Welfare Officer Caolan O’Donnell agrees, “If you don’t go to the rally you can’t say sh*t if our fees go up because you didn’t fight against it. You can b*tch and moan in a years’ time but you’ve the opportunity now to go and make a difference.”

Academic Officer Donal Foley agrees with President Dunphy and Officer O’Donnell that the importance of the demonstration can’t be underestimated but added that it will be a bit of fun too, “Why don’t people want to go? It’s a protest, it’s a bit of craic!”