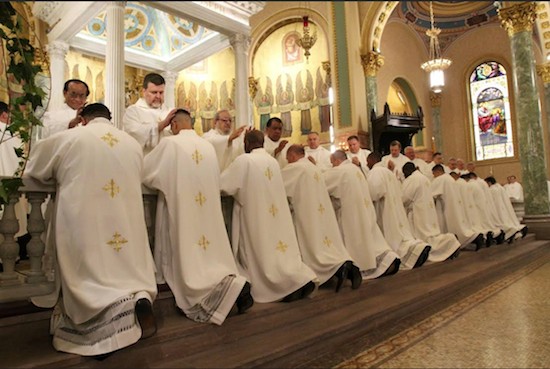 When you think of the word ‘Priest’, many connotations come to mind. Some are positive, whilst others not so much. Now imagine a priest surrounded by hormonal, brutally honest teenagers who is more open to change than the Pope.

“If [the Catholic Church] doesn’t change then it will die, but maybe it has to die for something new to emerge. By bringing the wisdom of the past maybe we can learn to embrace and live in the future.”

These are the words of Father John Campion, a priest working in the chaplaincy in the University of Limerick since 2003. Fr. John says he has noticed a massive decline in young people practising their faith since he first came to Limerick. “When I first got here students openly practised their faith. Now, on Sunday mass, you’ll see less than a hundred students but that’s not to say young people aren’t spiritual,” he commented.

Ireland as a country has gone through vast religious change in recent years. With the Irish government lifting the ban on the purchase/selling of alcohol on Good Friday, coupled with the news that a referendum on abortion will be held this year, the Ireland of old now seems like a distant memory.

Gone are the days of Ireland being a small, Catholic-centric country with industrial schools and Mother & Baby homes. Churches across the country, once full to the rafters with eager worshipers, are now nowhere near the capacity that they once used to be.  After decades of abuse scandals and corruption, the Catholic Church in Ireland is going through an identity crisis –  not knowing how to connect to the ordinary person.

Despite this crisis, Fr. John firmly believes that students are religious in practise but maybe not in name. “Young people are living their faith by looking out for other students, helping those students and going the extra mile. There is great generosity amongst young people.”

A ‘Generation What?’ survey conducted last year showed that 83% of people between the ages of 18-25 felt that they could be happy without any religious belief. People declaring themselves religious nowadays has also been a topic for debate, with some saying they are too afraid to openly announce their faith to friends. This is something that Fr. John couldn’t have imagined when he was the age of the average college student. For him, growing up surrounded by religion meant more than just going to mass every Sunday, it was about making connections with others. “Growing up I was encouraged to go [to mass] and coming from a rural area, there was a sense of community by going. Nowadays, parents are indifferent. It’s easier to say you’re not religious than to say you are religious.” Recently, the data for the 2016 Irish census recorded the first fall in the numbers of Catholics in Ireland in 45 years.

However, some people are not afraid to proclaim their religious faith. One of these people is UL student Naomi Carson, who describes herself as a Christian and a proud member of UL’s Christian Union society. Like Fr. John, Naomi understands the issue of mistrust towards the Catholic Church from younger people. This is in line with the same ‘Generation What?’ survey which found that over half of students do not trust religious organizations.

Fr. John empathises with those whose faith has suffered as he was shocked and hurt by the revelations of the abuse scandals saying: “After the whole abuse scandal everyone felt let down, including myself. It’s natural to mistrust after what has happened. Just saying sorry doesn’t fix everything, healing is a process and it needs to take time.” Naomi echoes this sentiment, explaining that: “After what happened, there was a huge blow to Irish confidence in the Catholic Church and that needs to be addressed because it can’t just be swept under the carpet. It was a really traumatic thing that happened and people have a right to be mistrusting.” Yet, she firmly clarifies that people shouldn’t let these experiences turn them off religion entirely, adding: “That doesn’t mean though that people should close their doors on anything labelled ‘religious’ because we’re not all the same.”

People still have misconceptions about someone who is religious, often labelling them as anti-science and not being in line with modern values. However, some high-profile celebrities like Denzel Washington, Chris Pratt, Mindy Kaling and Stephen Colbert openly discuss and are proud of their faith.

Despite being a proud Christian, Naomi has struggled with her faith at times. “Yes, I have struggled because it’s not ‘do I believe in God, it’s more of should I believe in God?’ I’ve come to see that my faith isn’t a one-way thing. I’ve a relationship with God and I have found that certain things have happened in my life that I can actually point to and say that was God working for my good.”

It seems the overall sentiment from most people is that that there is no stopping Ireland from becoming more diverse in all meanings of the word, which is something that many people feel Irish society should embrace. Fr. John shares this idealistic mindset by saying that if more countries in the world respected differences and diversity, then there wouldn’t be as many wars going on. This includes woman being given a bigger role in religious institutions and allowing priests to marry.

The whole argument about religions relevance in Ireland is summed up best with Fr. John emphasizing that the Catholic Church must embrace change. “If the Church in Ireland remains as rigid as it is now than many predict that it will die off sooner rather than later,” he said.

Overall, it remains to be seen if religion will remerge as something important and worthwhile in people’s lives. What is important however is that there are people like Fr. John and Naomi, who are open to change and willing to adjust their faith to the new world.