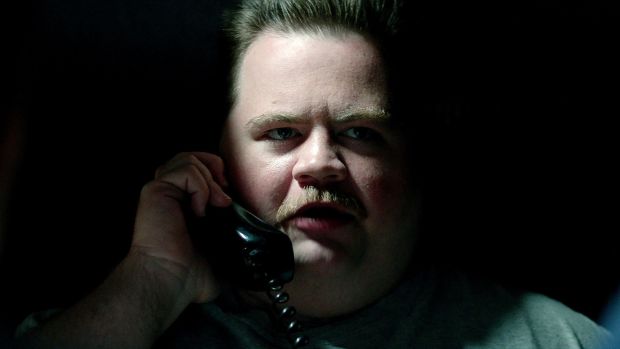 Clint Eastwood’s most recent release is the somewhat controversial film Richard Jewell. The true story of the F.B.I’s botched investigation in to the 1996 Olympic bombing. The tag line for the film is

“The World Will Know His Name And The Truth.”

Paul Walter Hauser, who appeared in “I, Tonya” (2017), BlacKkKlansman”(2018) and tv’s Cobra Kai (2019) plays the titular role in a story about a security guard with a chequered past who becomes the F.B.I’s  prime suspect when he discovers a suspicious package at a concert in Centennial Park during the 1996 Olympics in Atlanta. Hauser plays the role of this outsider, a loner who desperately wants to uphold the law and protect his community. He also bares an uncanny resemblance to Jewell, who we see in archive footage during an interview with Katie Couric in the aftermath of the attack.

Richard is portrayed as a timid, overweight, buffoon who tries to command authority and respect from those around him. When we first see Richard, in his role as a supply manager, he appears ambitious with a keen set of observational skills. But, it is his lack of any social skills that seem to set him on the road to ruin.

Richard is offered a job as a security guard at the local college but he runs fowl of the President of the college for his strict rules against students drinking and taking illegal substances on campus. The aforementioned President is displeased as the students in question are the children of rich parents who have donated lots of money to the college. It would seem a lot of characters in this movie are concerned with how things look as opposed to how things really are.

Eastwood really focuses on the characters in this film. There are really no shots of the city or any of its townsfolk apart from the scenes at the concert before the attack.

It is in Centennial Olympic Park that the cinematography and pace of the film really shines as we see the tension build towards what could, and inevitably, will happen. When Jewell is not handing out refreshments to volunteers and trying to fit in with the police on site, he is seen tracking suspects across the park. When Richard finds a suspicious package, at the spot he requested to be stationed at, things begin to unravel for our would-be hero. He pleads with the camera operators to move out of the blast zone but the veterans of such high-profile events, initially deny his requests.

Several times Richard’s weight or health seems to be called in to question. But it is his psychological evaluation as someone who has a problem with authority that the F.B.I. are focused in on.

The F.B.I’s chief investigator is Agent Shaw (Mad Men’s Jon Hamm), an ambitious but jaded law enforcement official. When he comes under pressure from his superiors to close the case quickly to avoid any embarrassment for his office, he becomes determined to pin the attack on Jewell.

Shaw and his partner bring Jewell in for questioning, telling him he will be helping with the investigation by re-enacting the events leading up to the attack. These tactics include a visual and audio recording of Jewell making the call that alerted the police to the bombing.

Shaw is aided in his crusade by local journalist, Kathy Scruggs (Olivia Wilde) who is portrayed as an ambitious but sleazy investigative journalist.  Interestingly, the Scruggs character is portrayed as a loner too. But, she seems to revel in her colleagues disdain for her.

With the government and the media battling to put the final nail in his coffin, Jewell only has two people on his side; his mother Bobbi (Kathy Bates) and the only lawyer he trusts, Watson Bryant, played by the brilliant Sam Rockwell. Bryant worked in the office where Jewell was supply manager.

I cannot state highly enough how good both Hauser and Rockwell are in this film. The characters are more like brothers than colleagues. Jewell admires Bryant’s authoritative nature and Bryant feels something for Jewell’s laidback, happy-go-lucky attitude. Characteristics they both wish they had.

In one scene, Bryant makes an opening statement at a press conference saying that his client is up against two very powerful forces; the United States government and the media.

A comment I made to my friend as we were leaving the cinema was that Eastwood doesn’t really make great films, but he does have a knack for getting the best out of his cast. Hauser and Rockwell are brilliant in their roles and Hamm plays the kind of character you love to hate. Bates plays somewhat of a one dimensional character in that her only role on screen is to witness and react to what people are saying about her son.

Wilde’s (and perhaps Eastwood’s) portrayal of Scruggs is that of a loner who spends her days falling out of bars and her nights falling out of cars. Her only redeeming factor is in her eventual realisation that Jewell could not have made the call about the bombing from the payphone outside the park. But even then, with her name in the by-line on the front page of the local newspaper, she resigns herself to the idea that it just means Jewell had an accomplice.

Sam Rockwell steals every scene he is in whether it be an argument with Agent Shaw or indeed his client, Richard Jewell, or just sitting in the background comforting Bobbi Jewell.

The screen play seems to be based around Marie Brenner’s 1997 Vanity Fair article, American Nightmare: The Ballad of Richard Jewell. But, at two hours and eleven minutes, it seems that Richard Jewell,  has not been a box office success to date. However, it delivers one very important message; do not believe everything you read in the newspaper.

Richard Jewell is in cinemas now.