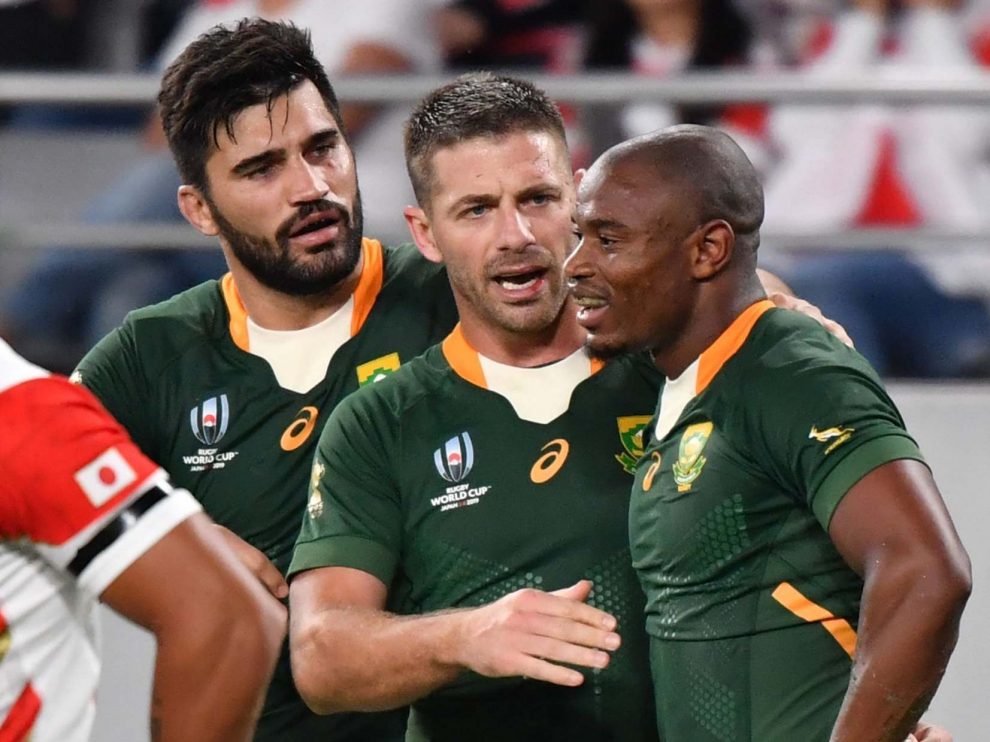 Japan and South Africa battled it out in Tokyo in the final Rugby World Cup (RWC) quarter-final.

Japan looked to make their country even prouder by taking themselves further in their own RWC.

South Africa looked to banish the demon of Brighton with a victory against the Japanese.

The Japanese didn’t roll over, however, and did their best to incorporate their pace into the game early on.

South African loosehead Mtawarira was binned for a dangerous tackle on Inagaki, which could have been red any other day.

Japan continued its promising start, showing off some fantastic handling, common procedure for this team.

They burst into the South Africa 22 and looked threatening.

A notable moment of the passage was cult hero Fukuoka speeding past Cheslin Kolbe.

However, South Africa survived the onslaught.

Japan maintained their pressure with an immense scrum to win a penalty.

The Boks looked to be in after they pounced on a loose ball, but a better pass was needed for Mapimpi to run through.

The Boks upped the tempo, but Japan kept a strong line and forced multiple penalties.

The South Africans spurned another opportunity to score, Le Roux knocking on.

Damien De Allende looked to be through to score at the end of the first half, but referee Wayne Barnes judged him to have been held, making it double movement.

Matsushima avoided the bin when he collided with Makimpi while challenging for a high ball.

A strong start to the second-half for the Boks.

Pieter Steph du Toit could have put some breathing space between the two sides if it wasn’t for the forward pass he received.

Pollard added more for South Africa after Japan conceded a penalty in the scrum.

Pollard missed one from distance, veering left from over 40 metres out.

Japan did their best to overcome Springbok pressure but were confined to their own half by brilliant defence and attack.

Pollard made up for his last miss with a kick between the posts.

South Africa rushed forward with a brilliant maul into the Japanese 22, with Marx and de Klerk detaching and scoring.

Pollard converted to dispose of the Japanese.

Japan didn’t give up and pushed to get into the Boks’ 22 with a lineout.

Pieter Steph du Toit made sure they couldn’t get anything from it.

Mapimpi confirmed a semi-final spot for South Africa, finishing off a breakaway from Handre Pollard.

Pollard couldn’t curl his conversion between the posts.

The game died down a bit towards the end, South Africa maintaining possession but unable to add more.

Japan should be incredibly proud of themselves, making the quarter-finals for the first time ever and possibly breaking into Tier 1.

They were probably the most entertaining team at this RWC.

South Africa face Wales in the second semi-final after this comprehensive victory.

A very tough fixture awaits them, and its unclear who’ll come out on top.

Fair play to the Japanese, who proved themselves to be a force to be reckoned with going forward, and their fairytale run to the quarter-finals will be one for the history books.