Sexual Harassment in Ireland: My Story

“When is it going to be enough? When is society going to see that it is not women that are the problem?” 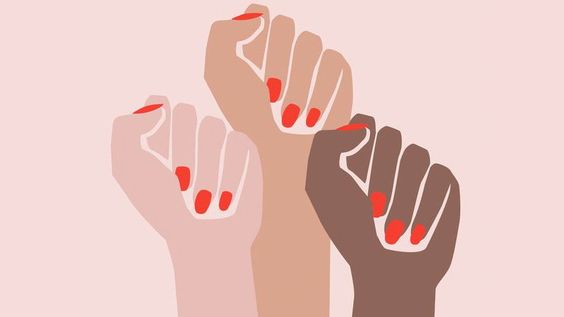 Sexual Harassment in Ireland: My Story

As I scrolled through Twitter today, I couldn’t help but feel extremely overwhelmed and emotional at the tweets filling my screen. Women speaking about their assault, their rape, their experience with harassment, the many situations where a man has made them feel deeply uncomfortable. The Sarah Everard case has awoken something in me which I can no longer contain.

Everyone woman I know has a story. Every woman. It’s not enough to say “not all men” are attackers or rapists anymore. We absolutely know it’s not all men – but which ones is it? Which men can we feel safe getting in a taxi with, or walking past on a street, or being left alone with? How do we know? This case has shown us that women have to be afraid to do everything. Sarah Everard just wanted to walk home, it wasn’t even late, it wasn’t even a quiet area.

The victim blaming narrative I have seen strung across social media by men in the last few days is tired, for lack of other words. So many men have suggested Sarah should have gotten in a taxi or uber but have yet to understand how unsafe women can feel alone in this situation with an unknown man.

Personally, I have not once felt safe in a taxi. I have left nightclubs with friends where the first thing we do is take pictures of each other’s taxis, and make sure we text each other when we’re home safe.

We are preparing for the worst. We live in a society where it is okay to blame a woman for her murder, or assault.

In Ireland we have seen a rape victim’s underwear shown around the courtroom as evidence that she was asking for it. The lawyer in the trial told the jury: “You have to look at the way she was dressed. She was wearing a thong with a lace front.”

The man in that trial was never sentenced. How is this okay?

Our constitutional rights in Ireland include the right to personal liberty, so why when a rape or murder case is in the public eye are the questions always “what was she wearing?”, “how much did she drink?”, or “why was she walking alone?”

Sarah Everard did everything women are taught to do to protect themselves. She was covered up not showing skin, she was on the phone to her boyfriend, she walked past CCTV in bright coloured clothing. When is it going to be enough? When is society going to see that it is not women that are the problem?

I have been taught to fear men my entire life. From the age of around 10 my body has been sexualised. I was 13 when my first recollection of assault occurred. 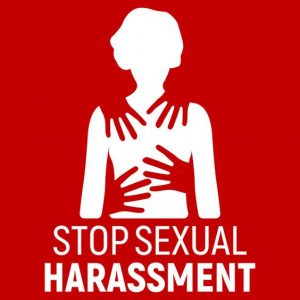 I’ve been taught to cover up so I don’t entice men, to be polite to men out of fear of what they might do to me. My grandmother would run through scenarios of what to do if I was approached by a man on a bus, a train, a plane, in the street – there are simply too many different times she would do this to count.

As I discussed this case with my mom yesterday, she recalled an incident when I came back from a disco as a teenager and told her about a guy who wouldn’t stop grabbing my ass while I was in the queue. I couldn’t even remember this.

There have been so many men that they start to blur together. Only in recent months after listening to so many stories from other women detailing their assault have I realised that I have been sexually assaulted, probably many times, but I didn’t connect the dots to realise that’s what it was.

It was normal sure wasn’t I just meant to do what a guy told me to? Wasn’t that guy at the bar just drunk and handsy? That’s what we’re told constantly as women so who was I to question it.

The harassment has only escalated since going out as a queer woman. Men do not leave you alone. They stare, for uncomfortably long periods of time, even if you are visibly uncomfortable.

I have been grabbed without consent when with women. Men have put their arms around us and thought we would all have a great laugh about it. They seem shocked when you don’t enjoy them touching you.

Men have gathered around it crowds to watch us kiss. They have asked to “join in”, with one man I recall asking if it “makes it any better” that he was bisexual.

One night my girlfriend and I were coming home from a night out and got out of a taxi across the road from my house. We were walking holding hands when a man passed us and said hi. He continued to stare at us the whole time while we crossed the road, went in my gate, opened and locked the front door behind me.

I have never been so terrified that he was going to follow us or come back. My girlfriend is shorter and lighter than me which means I have spent so much time going over how to defend us in my head.

I didn’t know life could be any more terrifying as a woman, until I was dating one.

One woman is killed by a man in the UK every 3 days. One in three young Irish women of college age are raped. 97% of 18 – 24 year old women in the UK experience sexual assault.

90% of these women know their attacker. The Global Study on Homicide by the UN Office of Drugs and Crime (2013) reports that women are highly more likely to be killed by an intimate partner or family member in their own home.

Yet no man seems to know a rapist, or an attacker. This is not half of the population lying, there are too many stories out there to possibly say that we are.

The dialogue needs to be opened. Men need to start talking about this as well as woman because we are exhausted. We are exhausted of living in fear and of not knowing what men we can trust. We are exhausted from having to defend ourselves when an incident like this happens.

So, the next time you go to tweet #notallmen just think about the situation you’re putting women in. It is #toomanywomen, far too many.