Six Nations Preview- What To Expect

All angles considered: Dylan Goodman weighs up the possibilities for the Six Nations. 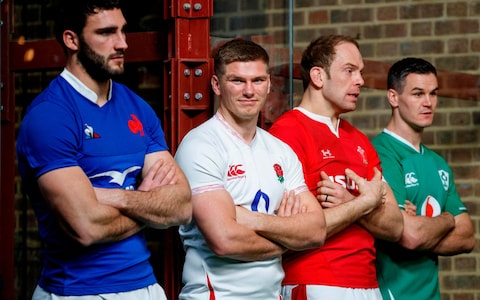 Six Nations Preview- What To Expect

The much anticipated Six Nations kicks off this weekend. Grand Slam Champions Wales begin their defense of the tournament against Italy at home at 14:15 on Saturday. The other matches of the weekend pits Ireland against Scotland and the final game of the weekend is the mouth-watering tie of world cup runners up England travelling to France. Here I will profile each team including what their expectations are for the tournament and what players to look out for.

What to Expect: They are the reigning champions and performed well in the World Cup. They have a settled team with some new names that we will surely see capped. I expect wins against the young French side and the Italians, and a massive performance against England in Twickenham in the penultimate round. Wales have been quietly consistent for the last few years and still have the same core team, so I would expect more of the same.

Worth considering though, is that Gatland coached them for a really long time. Wayne Pivac is another New Zealander and a former police officer. It will be interesting to see what he changes from Gatland’s style. He coaxed the Scarlets into a Pro12 title in 2017, and they have been playing rapid and expansive rugby since he took over, which is really what Welsh fans want to see him bring to the national side.

As World Cup runners up and one of only two teams retaining their coach, England have a lot to live up to. They are favourites to win the tournament, and Paddy Power have them at 13/8 to win a Grand Slam. There have been a couple of odd selection decisions, but following their massive World Cup, it is England’s tournament to lose.

Who to Watch out For:

They are introducing a lot of young players, to build up over the next few years before the 2023 World Cup, which they are hosting, but the prospects are already exciting. With the largest player base in Europe, and maybe finally some real organisation from new head coach Fabien Galthié, they can finally become a formidable team with the flair and natural talent to rival the Southern Hemisphere teams. Whereas other Northern Hemisphere teams have employed Southern coaches to catch up with New Zealand and South Africa, France have the potential to do it all themselves.

Scotland are the other team that kept their old coach, for better or worse. With Ireland, Scotland and France all in transition, it could be Scotland’s year to nab a few wins and finish in the top half of the table. On the other hand, they had a disappointing world cup and have looked fairly uninspired. I think it will be one of two extremes for the Scots this year, not in between.

They put in a competitive performance against South Africa before a silly red card took them out of the game, Typhoon Hagibis also denied them a shot at the All Blacks, so they do have something to prove this year. Temporary South African coach Franco Smith has stepped into Conor O’Shea’s place. In theory, the temporary position could give him some freedom to try new things. With most of the other sides in a state of flux and refreshment, they could steal a couple of games this tournament.

I saved Ireland for last because we already know their starting XV and there is a bit more to talk about. I think everybody wants to see Ireland play more improvisational after Schmidt’s conservative tactics, which worked for a while, but led to our downfall in the World Cup. Larmour being selected at full back with Cooney on the bench is the first inkling of that, but really, we have no idea what the team is going to play like under Farrell. It’s an intelligent selection from him, keeping 9 to 13 pretty much the same and slowly introducing newer faces at 2, 8 and 15. He is keeping it familiar but fresh. I’d expect a win against Scotland in this opening match.

Alumni Focus: From UL to Meteorology with Michelle Dillon