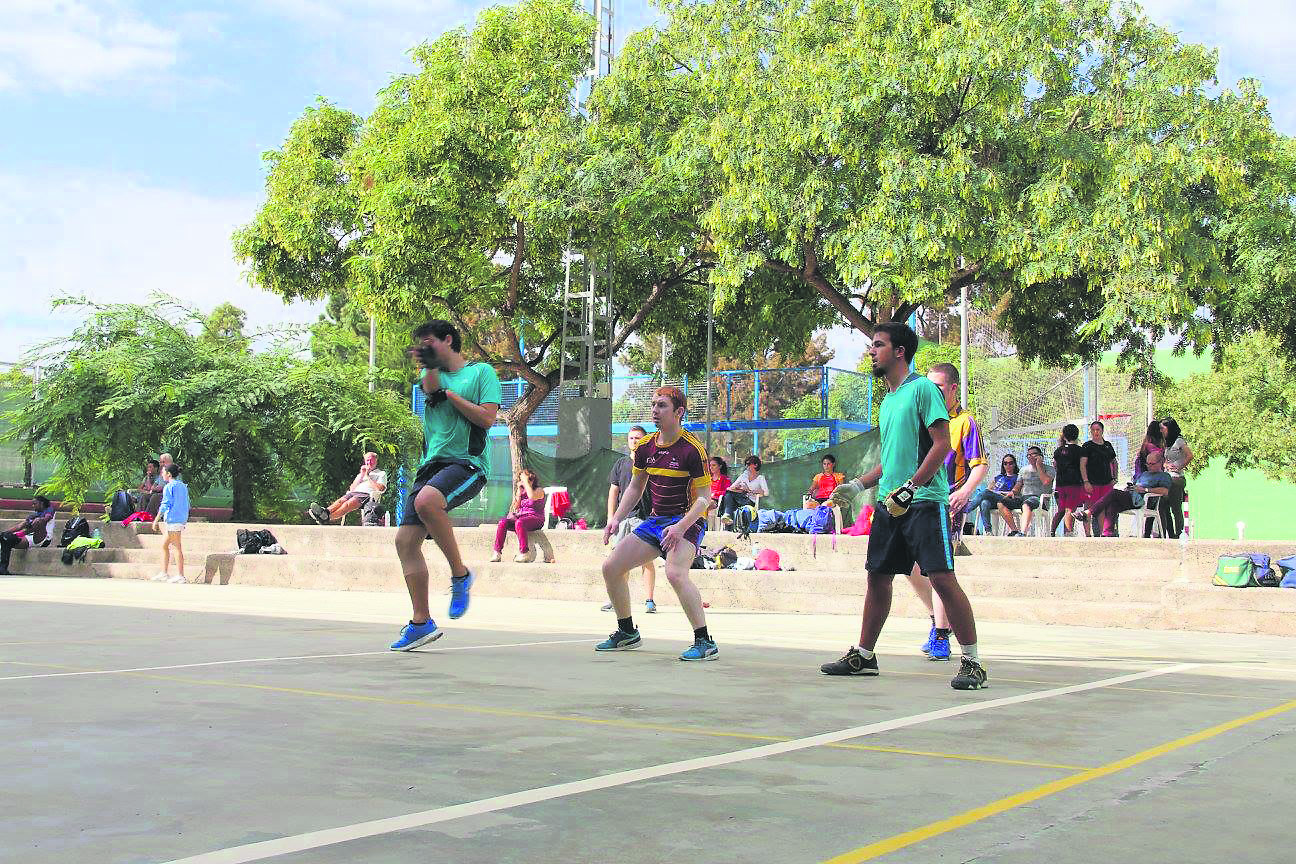 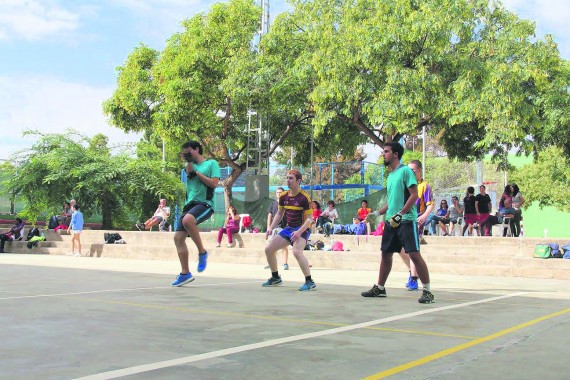 On October 9th, ten UL students made the trip from the wintery conditions in Limerick to the sun soaked streets of Massamagrell, Valencia to compete in the Spanish One Wall ProTour Open. They joined another 90 players from seven countries in a festival of outdoor handball.

In the Men’s C singles, 8 UL players competed in the group stage. Six of these managed to progress to the quarter-finals but Bill Lyons and Martin Kennedy were unlucky not to get out of their respective groups. The doubles partnership of Daniel Relihan and Michael Hedigan were the first to meet in the singles quarter final. Hedigan proved to be in sharp form as he beat Relihan in convincing fashion.

John Bosco Hurley then met Colin Corbett in the next quarter final. On paper, you would expect Corbett to pull through this test. However, this was not the case with Hurley’s supreme serving and unpredictable angle shots simply too much for Corbett to adapt to, despite conceding a big lead early on. Gordon Nolan emerged victorious in his quarter final against Liam Bradshaw with Bradshaw’s unorthodox tapping style unable to do the trick against Nolan in this game.

Hedigan then had to play one of the Massamagrell locals in the semi-final. The UL man simply had too much in the tank for the local competitor and advanced into the C final easily. Nolan and Hurley faced off in the other semi-final. Hurley couldn’t find his form from the quarter final in this game, however, and Nolan’s outstanding kill shots were too much for Hurley to cope with. This win made it an all UL singles final between Hedigan and Nolan. Nolan had got off to a great start in the final with some early aces.

However, you could see the fatigue come through as the game progressed to the latter. Hedigan’s ever reaching claw made it frustrating for Nolan to break him down. His kill shots were being picked and his pass shots were being retrieved by Hedigan. Hedigan took his chances at the right times and eventually emerged victorious with the score ending 15-7.

Colin Crehan was competing in the Men’s B grade in singles. Crehan was placed in a difficult group as he was unable to get out of it. Despite winning 2 matches, and playing fine handball, the UL man didn’t proceed any further in the singles. Niall Bolton was unlucky as he had to withdraw from the competition with an injury.

In the Men’s C doubles, UL came close to claiming the gold with Relihan and Hedigan just missing out on the top spot in the group on points difference to an experienced Dutch pairing. Bradshaw and Hurley came third in the group with Kennedy and Lyons close behind in fourth.

In the Men’s B doubles, Nolan partnered Crehan and made it to the final after some incredible handball from the pairing. Nolan displayed great athleticism retrieving several balls with Crehan producing several astonishing kills. They defeated a Spanish pairing and a Dutch partnership in the quarter-final and semi-final respectively before facing another Spanish pairing in the final. Nolan appeared decidedly fatigued in the final, failing to produce his earlier retrieval skills and the Spanish partnership picking some of Crehan’s kills to defeat the UL pair on a scoreline of 21-12.

It was an unforgettable trip for the 10 players and they all immensely enjoyed the tournament. Following the event UL now has four players on the European rankings; Paudi Quish (28th), Michael Hedigan (38th), Gordon Nolan (43rd) and John Bosco Hurley (59th). With two events coming up in November it is certain these rankings will be improved on with even more UL players set to feature.