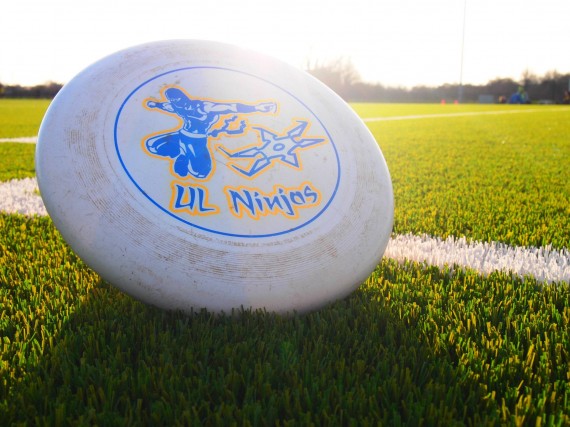 The trinity tea party was where our young beginners had their first taste of competitive ultimate this year. They had a lot to live up to after us winning both beginner tournaments last year. A glorious start was had to the weekend as not all of our players made the scheduled bus on time. But what fun would a weekend of Ultimate be without a few hiccups on the way. Luckily enough players made the pus to field a team and all players arrived (at some stage).

Our first game was against UCC. It’s never easy coming up against such a well-established team. This tournament was indoors and so space was tight and margins for error very cute. This was our beginners first taste of indoor ultimate having introduced them to the game outdoors with much more space. Never the less our boys showed up to play. It was a closely contested affair against UCC. We gained the upper foot and appeared have the win in the bag until they scored a controversial point on the buzzer to finish our first match a draw at 7-7.

Next up was the might of NUIG, however they might wasn’t so much as we swatted them away in a 10-7 win. It may have only been three points but we took an early lead and they could only play catch up and never commandeer a miraculous comeback. The following games produced similar results as we topped the group defeating trinity 10-7 and DCU.

So with the group conquered we were now seeded 2nd and had a crossover to play. Turns out it looked as though it was going to be another fight to the death vs UCC in the crossover. And boy was it a battle. Trading scores the whole way it was impossible to call who would emerge victorious. It appeared as if it was going to be another tie. Unfortunately this was not the case as UCC snaked the win in the end. We may have lost but this did mean we had a lovely sleep in in the morning.

After playing hard all day there is only one thing to do on a trip away… party just as hard. But you know always be safe and sensible. So a casual few drinks were had and then we headed to Doyles in the centre of the mighty capital. Much banter was had on the night. Despite being tired all the lads had plenty of energy to strut their stuff on the dance-floor and rise at a decent hour.

Despite having a relatively late start we only made it to the courts and fell onto the playing field without stretching or a warmup. One might have only though that we played better this way as the DCU 2 team were far inferior to us as we smashed them a whopping 9-1. Despite our stellar play over the weekend UCC had upset our run at the title and we were now playing for the 5th or 6th spot.  Fighting for 5th spot against us was UCD.

Lamentably we were exhausted and nursing some injuries. The competitive juices were not flowing in this game and we succumbed to the well-structured UCD. We finished 6th but had a tremendous weekend with all the lads learning loads. We may have not made it to the final but we made it back just in time to watch the Irish match.