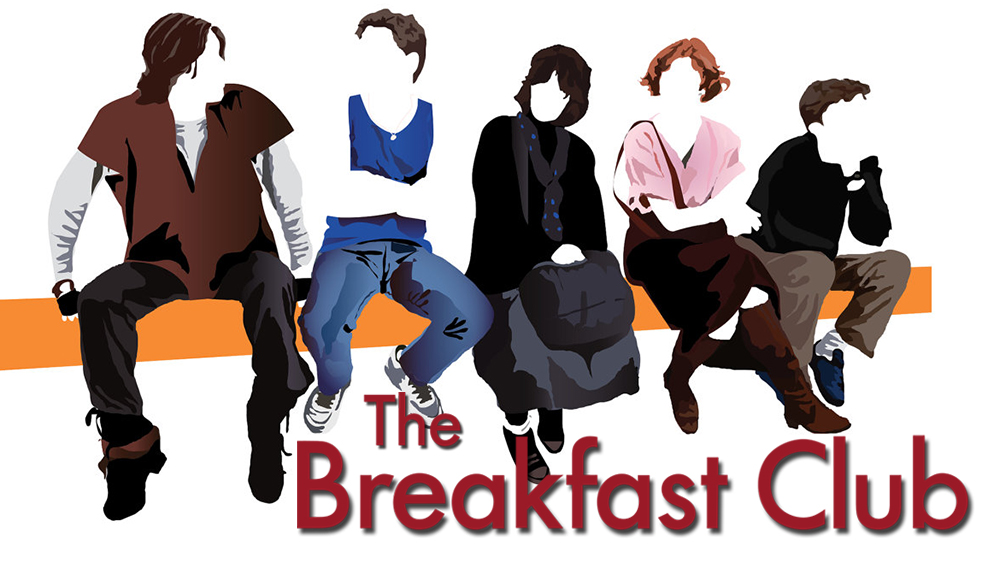 Most of us reading this article weren’t even alive during the 1980’s, but that doesn’t mean a 22-year-old who always gets Steve Harrington in personality quizzes can’t take a stab at compiling a list of the best 80’s movies!

It’s an obvious choice, but how could you have an article about the best 80’s films and not include the most 80’s

movie of them all?

It has the look, the sound, the fashion, the aesthetic and the feel of the mid-1980’s, something that the 1989 sequel didn’t quite stick the landing on.

The story is timeless, the script is endlessly quotable, the plot is planned out with the care and precision of a master architect, and the film is anchored by a fantastic lead performance from Michael J Fox.

It is hard to imagine anyone but Michael J Fox in the lead role (which makes the initial casting and initial month of filming with original star Eric Stolz that much more weird) but for all intents and purposes, he will always be Marty McFly.

Ditto with Christopher Lloyd – he will always be Doc Brown despite the fact he was part of the ensemble in One Flew Over The Cuckoo’s Nest and won two Emmy’s for his work on Taxi.

And of course, the film is directed by the great Robert Zemeckis. Back To The Future, Who Framed Roger Rabbit Forest Gump, Cast Away, Polar Express, all the works of a great director who is never mentioned in the same breath as your Spielberg’s or Scorcese’s, but really should be.

Was John Hughes the greatest ever filmmaker to never be nominated for an Oscar?

Based on this film alone, he should have been as decorated as Billy Wilder.

You don’t need another 20-something guy telling you that The Breakfast Club is a great movie, but I’ll try anyway.

Most of us reading are at least five months separated from the confines of the tedium of secondary school life, but this movie will transport you back to those days like John Hughes is a magician.

Every single flavour of secondary school life is represented in this movie, and you’ll be amazed at how quickly you’ll latch onto the cast of characters – were you the John Bender of your year, the Claire Standish, the Brian Johnson or the Allison Reynolds?

Did you know that The Princess Bride was considered a financial disappointment when it first came out?

Fatal Attraction eviscerated any movie it was up against at the box office in its 8weeks atop the box office but the irony being that Princess Bride is arguably the movie that has stood the test of time and more well-remembered.

The film has become a Christmas classic in recent years, and it’s hard not to see why; it’s incredibly charming, whimsical, sweet and like any good movie, it’s script can be quoted in any context, and it’s still funny.

The secret to the movies enduring charm is the fact that original novel writer William Goldman adapted his work and turned it into one of the great American screenplays.

This shouldn’t come as a surprise – this is the same man who won two Oscars for writing Butch Cassidy and the Sundance Kid and All The Presidents Men – but it’s that extra level of detail behind the scenes that make the film sing.

A Monty Python member and Britain’s greatest living playwright walk into a script.

What follows is arguably the best film of the 1980’s.

Brazil tells the tale of a world where bureaucracy has gone mad and is now the judge, jury, and executioner.

People will be quick to tell you that Blade Runner or The Thing was the 80’s sci-fi movies that greatly influenced how the genre turned out in the following decades, but Brazi’s influence is much more noticeable – without Brazil, there is no Black Mirror, no Tim Burton Batman, no Snowpiercer or whatever dystopian sci-fi fiction you care to name.

While Blade Runner and The Thing are two other tremendous films, Brazil edges it, and it’s in one simple category – casting.

British stage legend Jonathan Pryce is impeccable in the lead role of Sam Lowry, Robert De Niro gives gravitas to his small, but impactful part of Harry Tuttle, and the late, great Bob Hoskins is in top form as Spoor.

Mix all those key ingredients together, and you get a film that will stay with you long after the harrowing ending sequence.

The 80’s was a vintage decade for the action movie.

I could have easily listed Die Hard, The Terminator, Rambo First Blood, Roadhouse or Aliens in this slot but I’m going for the movie I’ll always watch when I need reminding that the genre can transcend into high art.

That’s right; I’m talking about the film where a Dutch director who’s a self-proclaimed Jesus scholar decided to take what would on paper sounds like a film conceived by an 8-year-old (“A robot cop!”) and spins it into the most biting satire of corporate America ever put on screen.

Robocop works whether you’re an 11-year-old who’s watching it on TV late at night when your parents are asleep, a 20-something college student who wrote an academic essay about it for a film studies class, or 50-something who’s wistful for the days when they used to make action movies as good as Robocop.

5 Reasons why October is the Best Month