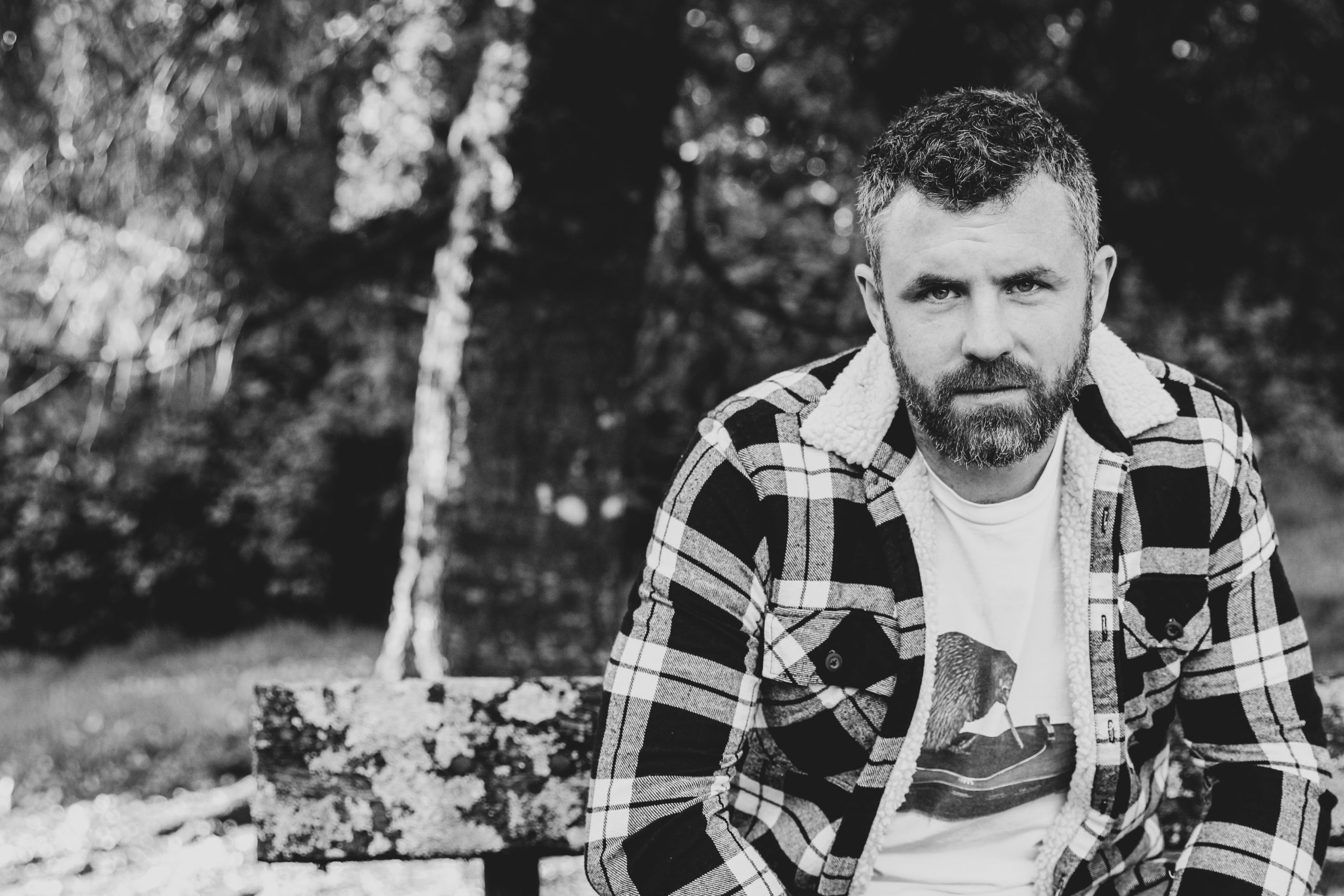 Mick Flannery’s latest release A Night At The Opera – much like an actual night at the opera – isn’t going to be for everyone. This might come as a surprise to most, considering topping the Irish Album Charts for weeks on end is just part and parcel of a Mick Flannery joint these days. It won’t, however, come as any surprise to Flannery himself. It’s clear that for Mick, this one isn’t supposed to be for everyone.

Mick Flannery has always been some man for a concept album.

His debut record Evening Train (2007) – which told the story of two brothers, a dead-end rural town full of hopeless characters, and a doomed love triangle – was adapted into a stage musical at Cork’s Everyman Theatre in June 2019.

Still, even for Flannery, this latest release feels as if he’s gone full method.

The 12-track album tells the story of some of history’s greatest chess games, and the colourful characters that played them, through a series of short vignettes and imagined conversations put to music.

If that wasn’t alienating enough for some listeners – even the most diehard Mick fans – Flannery has added another even more ambitious wrinkle to the fold.

The arrangement of these 12 songs is dictated by the games they’re based on. This is novel at worst and inspired at best. But how does it work exactly?

In constructing the music for A Night At The Opera, Flannery assigned a chord to each piece on the chessboard. There are six kinds of chess piece (pawn, knight, rook, bishop, queen, king) and seven chords in a key, so mathematically it works out pretty well.

Head hurting? It gets more complicated.

Having established his chord-to-piece framework, Flannery allowed each song’s chord progression to be dictated by the sequence in which each piece was played.

If the opening piece (a pawn let’s say) is equal to a C chord, for example, then the song starts on C. Maybe the queen, a G chord, moves next. So the opening chords are C and G, and so on and so on.

This makes for pretty interesting, and sometimes challenging, listening. Though it ultimately works, the constrictive framework Flannery established for himself sometimes produces some slightly dodgy chord changes.

At its highest peaks, you can feel the tension as grandmasters battle it out on the board, repeating chords representing crucial knights and queens going to war and creating a sombre, marching syncopation that drives the story forward.

This meticulous framework culminates in sparse, stripped down songs (very often just vocals with piano accompaniment) that are a return to Flannery’s early work.

Any of these 12 tracks would fit in comfortably on Evening Train or 2008’s White Lies. And that’s not a slight. If anything, it’s proof of how powerful Flannery’s first two records were.

A Night At The Opera isn’t the shrieking guitar build up at the end of the title track on 2016’s I Own You, it’s a whispered secret after a long conversation that has you hanging on every word.

The album’s opening track, ‘A Night At The Opera’ (inspired by the story of US grandmaster Paul Morphy’s invitation to attend a performance of Bellini’s Norma in 1858 in Paris, only to find a chessboard set up and waiting for him in the box – story goes, he played the entire match with his back to the board, focused on the stage) is a testament to how comfortable Flannery has become in his own talents.

The soaring falsetto melodies at the end of the track provide a massive counterpoint to the rasping Tom Waits impressions Flannery chided himself for slipping into in his early career.

Is the album a little inaccessible? Sometimes. The piece-to-chord framework, and Flannery’s doggedness in sticking to concept, doesn’t make for many catchy hooks or choruses.

Still, A Night At The Opera isn’t without its relevance.

‘I Do Not Run’, based on legendary grandmaster Garry Kasparov’s historical run-ins with Vladimir Putin, feels anthemic in the context of recent events in Eastern Europe.

It’s hard not to picture Ukrainian soldiers, and those banding in to help them, in the lines:  “You are not a king; / you that hides behind, / you that clings to power / with ever-bloodied hand. / My name is not my name. / My home is not my home. / Yet I stand where I stand. / I do not run.”

A Night At The Opera won’t get the airtime it deserves. Listening to it from start to finish, this feels like a near certainty. Though I’m not sure Flannery cares too much about that fact.

This is an album to be experienced alone. Take it as it is, in a dimly lit bar or on a walk on a cold day and let it flow over you. Appreciate the fact that it isn’t made to please you. It wants you to appreciate it as you would a game of chess – as something mechanical and beautiful and obscure simultaneously.

Despite its unabashed stance in the face of what fans were perhaps expecting from Flannery’s follow-up to 2021’s In The Game (his duet album with Susan O’Neill) and 2019’s Mick Flannery (arguably his ‘poppiest’ release to date), A Night At The Opera still has all the hallmarks of a Mick Flannery record.

It’s filled to bursting with the sardonic, questioning outlook on life that Flannery injects into all his work.

Some lines spread his trademark gallows humour across you like a familiar, comforting blanket:

“Dreams are funny things. / You are on a rock / hurtling through an unseen space / at 67,000mph. / And you understand these words I say / and yet you lay your head / down each day. / And you fall asleep and dream. / You funny thing.”

‘King of Hate’ is perhaps the real stand out track from the album. Musically, thematically, lyrically. It crystalises perfectly the goal Flannery set out to achieve with this ambitious project.

You can imagine Flannery sitting in his Clare home, right-handed guitar played lefty á la Jimi Hendrix, as he finished writing this tune and thinking to himself “Okay, so this actually might work”.

The track tells the story of Alexander Alekhine, a Soviet grandmaster imprisoned while playing at a tournament in Germany at the outbreak of the First World War in 1914 who would later be ostracised from the chess community completely for his representation of Nazi Germany at games throughout the early 1940s. The song ponders Alekhine’s thoughts on his own bitter legacy after his death.

It’s a feature film in under two minutes and it captures exactly what’s special about Flannery – his deft hand in telling stories and inhabiting characters through song.

This track isn’t just a highlight from the album, it’s a cracker Mick tune. It’s easy to see it nestle itself into Flannery’s setlists comfortably for the next few years.

How Do NFTs Come Into All This?

As if all this wasn’t dense and arty and heavy enough, Mick added a further plot twist to the album’s release plan.

The NFTs act as music videos to each track, showing each game’s moves made blow by blow throughout a series of 2D and 3D animations.

This embracing of a questionable tech trend is a strange move for someone who once wrote the weary lines “Fuck off world. / Fuck off politics. / I’m going in the woods with a stick” about his disillusionment with modern society. But that’s missing the point of what this whole album is about.

NFTs feel like an apt metaphor for precisely what Flannery tried, and succeeded, to do with A Night At The Opera.

It’s something completely singular that flies in the face of mass re-production in the music industry – the fact alone that it’s currently only available on Bandcamp is symbolic of its ambitions towards scarcity.

A Night At The Opera isn’t going to be Flannery’s biggest commercial success. You won’t hear it on the radio a lot. It might not even be that well embraced by Mick’s (extremely loyal) fanbase. That’s kind of the point. This one is for Mick. If you enjoy it, he’s happy to have you along for the ride.