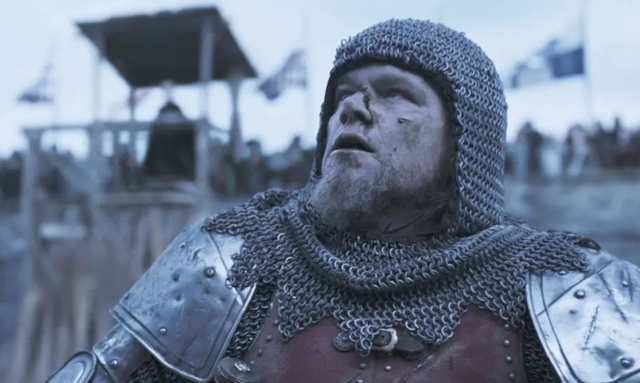 TW: Scenes of rape and sexual violence appear in this movie.

This medieval movie is based on the true story of the duel between Sir Jean de Carrouges, a celebrated knight in 14th century France, and his former friend Jacques Le Gris in 1386. Despite fighting side by side in many wars with the English, and Le Gris even being Godfather to Carrouges’ first child, ego and power came between the two men, leading to years of bitter feuding. Le Gris was accused by Sir Jean’s wife, Marguerite, of raping her. When Le Gris denies this claim and uses his power in the local court to quash the allegations, Sir Jean travels to Paris and asks King Charles VI to grant him a trial by combat. The winner would be declared right in the eyes of God, no matter the truth.

A lot of people will be turned off this movie because of the 18 rating and the subject matter. While there are some extremely violent scenes depicting the many wars that Jean de Carrouges fought in and the rape scene is particularly distressing, the storytelling and eventual resolution is done particularly well.

The story is told in three chapters; Chapter 1: The truth according to Jean de Carrouges; Chapter 2: The truth according to Jacques Le Gris; and Chapter 3: The truth according to Marguerite de Carrouges. Each chapter has some overlapping scenes which are told differently depending on the person in focus. For example, in the first scene of Chapter 1 we see Jean and Jacques standing on a hill with an army behind them, surveying English soldiers laying waste to the town of Limoges in the Hundred Years War. In Jean’s version, he leads the charge heroically, eagerly followed by Jacques and the rest of the soldiers. He even saves Jacque’s life, which makes the latter’s many betrayals sting all the more. In Chapter 2 when the focus is on Le Gris, we see Le Gris save Jean’s life after forcing the other soldiers to follow the headstrong man into battle. 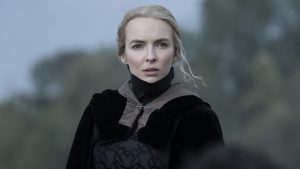 The disparities in each chapter is never more evident than in Chapter 3, and especially the scene where Le Gris forces his way into the de Carrouges home and forces himself upon Marguerite. While this is shown in a playful, lustful manner in Chapter 2 where Marguerite grows into the encounter, it is a sexual assault in Chapter 3.

A star studded cast doesn’t detract from the movie. Often in historical movies a famous face will distract from the events portrayed in the film, but the acting abilities on show from Matt Damon (de Carrouges), Adam Driver (Le Gris) and Jodie Comer (Marguerite de Carrouges) root us firmly in medieval France. Comer in particular gives a stunning performance as the fierce Marguerite who despite suffering an awful fate and almost losing her life as a result, stands tall in the face of an abusive patriarchy.
Ben Affleck is the only actor who tugs this movie into the unbelievable, but his portrayal of Count Pierre d’Alencon is more comic relief than anything in a movie that can only be described as seriously bleak from start to finish.

The Last Duel is based on a book of the same name by Eric Jager and is directed by Ridley Scott. Scott is a household name and no stranger to a historical epic. Although Gladiator will always be his best of the genre, and possibly his best ever movie, the battle scenes throughout this movie are absolutely fantastic. The final battle, the last duel, is one of, if not the best fight scenes I have ever seen in cinema. Damon and Driver, de Carrouges and Le Gris go toe to toe in what can only be called an epic confrontation. From lance, to sword and eventually to dagger, the two men give their all in a fight that will show the people who is right in the name of God. While the story of Marguerite is important, this climactic battle is a fine piece of cinematic choreography.

The audience has a bit to think about towards the end of the movie, having been fed three different versions of the truth. We should all believe Marguerite, as she is the one living in a world dominated by men and their lies, but the deteriorating relationship between de Carrouges and Le Gris is fascinating in its own right. How did two brothers in arms fall out so catastrophically, and how did Marguerite de Carrouges suffer the most grievous fallout? 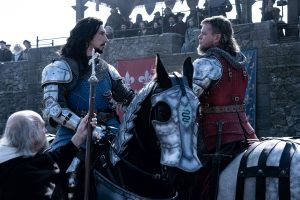