Often overlooked on the many round-ups of Ireland’s Greatest Bands, our Arts Editor and self-confessed super-fan Aislinn Kelly reflects on why she believes their punk productions stand the test of time. 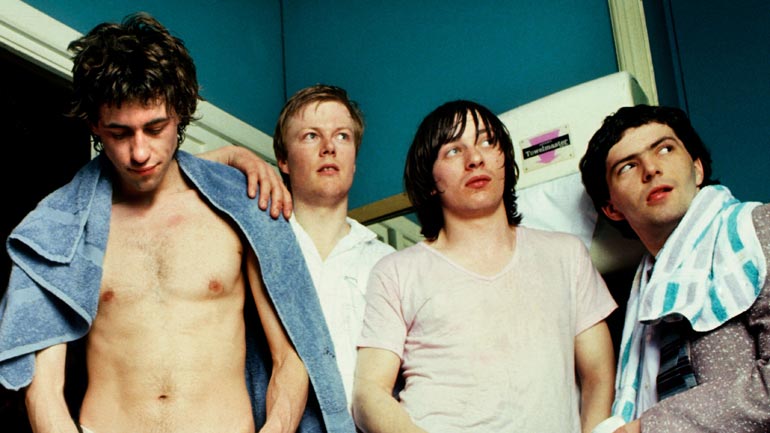 For music to retain the same punchy relevance almost half a decade on, more credit is due to The Boomtown Rats. Following the most hectic year for the band since their reunion in 2013, the turn of the decade saw the group release a long-awaited album.

Frontman Bob Geldof even released a book containing lyrics and fragments from the band’s illustrious career that fused punk with pop all while holding a pulse of political commentary.

Geldof is an iconic figure in Irish society. His activism and boisterous demeanor have cemented him as a steadfast character in the media, however often the band behind the genius is overlooked in Ireland’s illustrious musical history.

The rock group returned this year with the release of Citizens of Boomtown accompanied by a documentary chronicling the band who reunited in 2013 after almost thirty years apart. 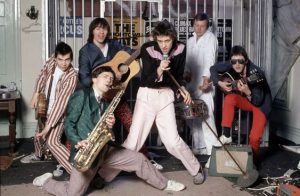 The album was welcomed by old fans and even gained them some new, with Trash Glam Baby echoing of their signature statement sound with their infectious melody fused with punchy lyrics appealing to the disillusioned.

While some critics cringed at what they deemed an old band’s attempt to be current, The Boomtown Rats stand as having one of the most impressive oeuvre’s in Irish music history.

Formed in Dun Laoghaire in 1975, the Rats got their name from the novel “Bound for Glory” an American protester Woody Guthrie’s biography.

The original line-up consisted of Bob Geldof, Johnnie Fingers on the keyboards, Pete Briquette on bass, Gerry Cotton on guitar, Garry Roberts on lead guitar, and Simon Crowe on drums. 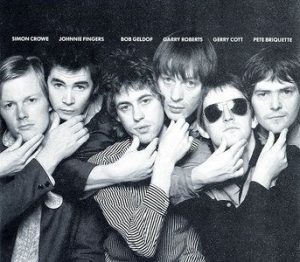 While their debut self-titled album made a relative splash with Looking After Number One, it is the creative masterpiece follow up with A Tonic for the Troops in 1978 which showcased the band’s ability to merge punk with an infectious pop twist.

From adopting the perspective of Adolf Hitler in I Never Loved Eva Braun, to observe the industrial mismatch of broken dreams experienced by working-class  Dubliners in Rat Trap, A Tonic for the Troops encapsulated Geldof’s writing genius alongside the bands’ ability to produce souring riffs with a startling amount of energy.

Rat Trap’s palpable sense of restlessness knocked the widely popular Summer Nights from Greece off the charts, perhaps as it resonated more with its listeners in the winter of 1978.

In a pattern that would reoccur in the band’s history, Geldof’s act of miming the iconic saxophone solo through a trumpet through a candelabra after being banned from planning the trumpet live on-air gained considerable attention, only a small insight into the larger than life character behind the soaring song.

The satirical, brutal observations made by Geldof may be taken as a swipe at his native country, but upon closer inspection, the hits from Tonic for the Troops veer on the profound.

Like Clockwork, their first song to reach the Top Ten in the UK Single’s Chart, sees Geldof drawing inspiration from ‘A Clockwork Orange,’ singing about the industrial disillusion experienced by the working class all to a catchy staccato beat bass. 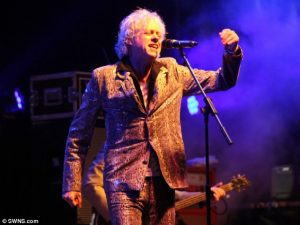 The Boomtown Rats were lauded as the first group to bring punk, new wave tunes to the charts through their hit-making, brimming with originality and personality to boot.

It was their third album, The Fine Art of Surfacing, which brought the Dublin band their iconic hit I Don’t Like Mondays. Inspired by the school shooting of a Californian teenager, the eerie tune brought the Rats their only entry into the US charts.

“It’s no wonder Bob Geldof knows so much about famine – he’s been dining out on I Don’t Like Mondays for thirty years,” quipped Russell Brand, however in truth the lyrical genius behind the song is one of the few chart-toppers that has stayed relevant almost forty-four years on.

The first line alone sets the song up for greatness: “The silicon chip inside her head Gets switched to overload.”

The Fine Art of Surfacing contained the stunning Someone’s Looking At You, which maintains a fresh sound to this day, despite the inspiration drawing from paranoia described by Orwell in The 1984. 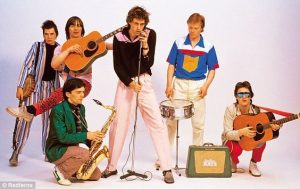 No stranger to societal commentary, Geldof also penned Diamond Smiles about a young model’s suicide at a London party. Considering the tragic death of his wife Paula Yates and more recently his daughter Peaches, the frontman cites the song as having an eerily prophetic quality.

The punk band’s pattern of drawing inspiration from death gained considerable controversy at the time, however, the song retains a thrilling shock factor in modern times.

Subsequent albums failed to gain the traction of pervious hits however songs such as Banana Republic in 1980 continued to allow the band to skate around the public eye before Geldof arranged Live Aid and Band-Aid alongside Ultravox’s Midge Ure, who echoed Geldof’s bandmates by becoming disillusioned in what he viewed as Geldof’s frequent self-centered moves for egotism.

Midge Ure goes frequently uncredited as part of the double act which led the movement that brought a colossal £30 million sterling to aid famine-stricken Ethiopia.

Despite his sometimes obnoxious public appearances, behind Geldof is a genius commentator who managed to make a considerable mark on both music and Irish society’s landscape. The genius behind the Rat’s means their messages contained within stunning musical works stand in the modern-day. 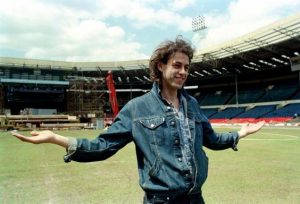 His activism and outspokenness generated a  talking point for the most pressing issues of the time. When our very own University of Limerick awarded him an honorary doctorate, he used the platform as a chance to call the British government “inept” and calling Brexit supporters “headbangers.”

Speaking to The Rolling Stone, Geldof said: “When I sing ‘I Don’t Like Mondays’ I’m not in 1979, I’m in last night’s school massacre, which nobody anticipated at the time. When I’m doing ‘Rat Trap,’ it’s not for the hopelessness of the people in that abattoir I wrote it in, but hopelessness now. When I do ‘Banana Republic’ it’s not for the Irish Republic, which eventually grew up and matured. It’s for the American republic as it descends ever further into political infantilism.”

The band’s musical merit stands the test of time also, with their originality allowing their epic, blinding accompaniment to the punchy, literary steeped meanings. Take ‘Dave,’ for example, which can generate a unique, hypnotic trance from a listener from a marriage of both music and lyrical method only the Rats could achieve.

On reflection of The Boomtown Rats, it’s clear their creativity, relevance and musical creativity earn them the place amongst other Irish heavyweights in music’s history. Their reunion stands testament to their resilience, with fans hoping they will continue to provide their razor-sharp observations accompanied by their trademark punchy tunes well into the future.