Kevin Ruddy reviews another spooky flick on his countdown of some of cinema’s most iconic scary films. 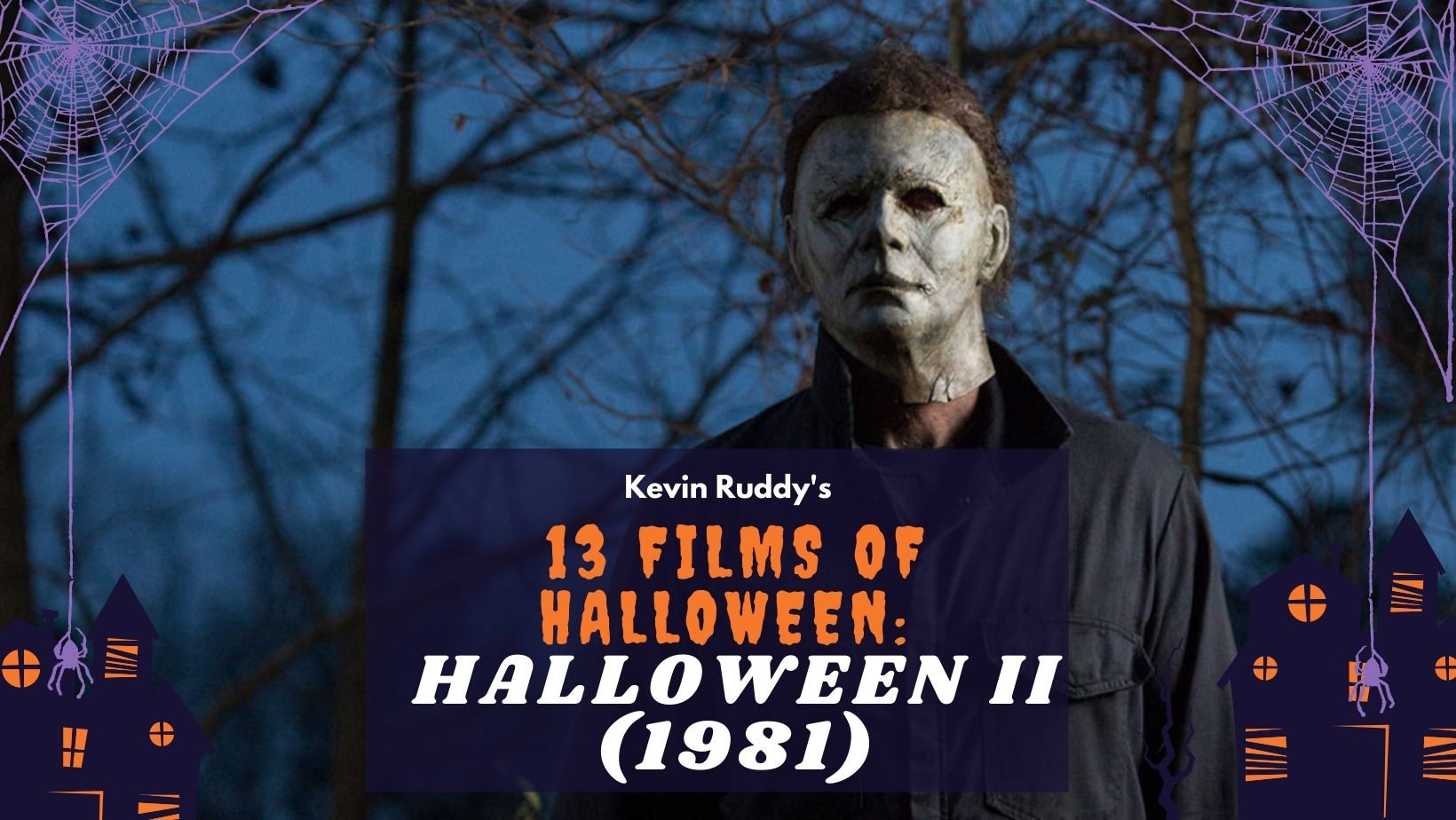 No one could have imagined the success of John Carpenters ‘Halloween’ upon its release in 1978. It became a financial and critical success and created the slasher genre as we know it today and all its quality (or should I say lack thereof). In the wake of Halloween’s success, many studios saw the potential in the market for low-budget gore fests, each film took the Halloween formula, added more sex and nudity, mountains of over-the-top blood and guts and a lack of originality. 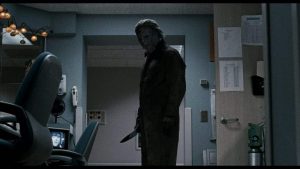 With franchises like Friday the 13th on the rise, it was only a matter of time before Halloween returned to the big screen. Three years later and a whole host of bootleg imitators, John Carpenter and Debra Hill returned as writers and producers (unwillingly) for Halloween II, and what we got was a major fall from grace, even if it is slightly passable compared to other films of its kind at the time.

The film takes place immediately after the events of the original Halloween, with Michael Myers alive and kicking after being shot six times and falling off a balcony. Laurie Strode is taken to the nearby hospital where the remainder of the movie takes place, while Doctor Loomis is in a panic trying to find and capture Michael before his murderous rampage continues.

Before you know it, the stalking and slashing begins, this time however, the film leaves little to the imagination. With an onslaught of gruesome kills that feel rather forced and unconventional, simply to add shock value to drive ticket sales up. While Halloween caught lightning in a bottle, its sequel felt forced.

The characters this time around are all over the place, each one could be labelled as ‘dispensable character number one’ and so on and so forth. Jamie Lee Curtis (Laurie Strode) and Donald Pleasance (Doctor Loomis) return to reprise their roles from the original. Pleasance again brings his all to the role but is let down by the cliched script. Jamie Lee Curtis on the other hand feels wasted here, her story plays out from her hospital bed and wearing a terrible looking wig, she is used sparingly throughout, she only comes into play when Michael eventually finds her towards the latter half on the story.

The film suffers greatly from the change of direction this time around, with Carpenter disinterested in returning to the directors’ chair, he contractually returned to pin the script, and you can tell he really gave a rat’s arse about the outcome of the final product. Carpenter himself admitted that he mainly got through writing the screenplay with a lot of beer and cigarettes. Writing what can only be deemed as the idiot plot, where every character in the movie acts like fucking idiots to keep the film going. Any form of common sense and Halloween II would be over before it started.

Halloween II was directed by new-comer Rick Rosenthal, in his defence he tries, but he was given a double-edged sword from Carpenter piss poor script. To his credit, he did negate any blood-soaked violence from the first draft of the script, but thanks to Carpenter (who battled hard for the gore to remain) the film feels pedestrian. This was one of Carpenter’s many mistakes but his greatest one would define a franchise.

Michael Myers was scary because he was unknown, the less we knew, the more frightening it became. All that is thrown out the window, when Carpenter inexplicably decided to give the character a motivation.

So, the big twist in the movie is that it turns out *EastEnders drum roll* Michael and Laurie are brother and sister…. I know right…. fucking idiotic. Possibly the most soap-opera moment in any horror movie, it made the character of Michael Myers just like everyone else. Instead of being the boogeyman, Michael now just wants to kill off his family members.

What the script negates to tell us however is when Michael does make his way to the hospital, he goes after the staff members one by one, drowning a woman in a hot tub, picking up a nurse with a scalpel and sticking needles in people’s eyes is the height of the gore, but his motivation is to kill his sister? So why is he killing everyone else when he can just kill Laurie who is literally incapacitated throughout the film.

Now, that being said, the film has its positives. The music is still as iconic as ever, with a much more gothic style to it, fast and catchy, it’s an improvement on the original. Dean Cundy returns as cinematographer and brings an eerier approach this time around, with the setting in a dark and secluded hospital. Capturing the claustrophobia, one would assume a hospital with a maniac on the loose. 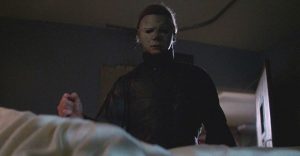 Halloween II is just like every other slasher film of its time, blood soaked and illogical, but it still has elements that make it passable. It is an enjoyable sequel with enough good moments to make it one of the better, if not the best sequels in the franchise which isn’t that hard to pull off given how the series turned out. With the tagline of ‘’more of the night he came home’’, the film created a shitshow that has created numerous sequels and timelines that took over forty years to fix.