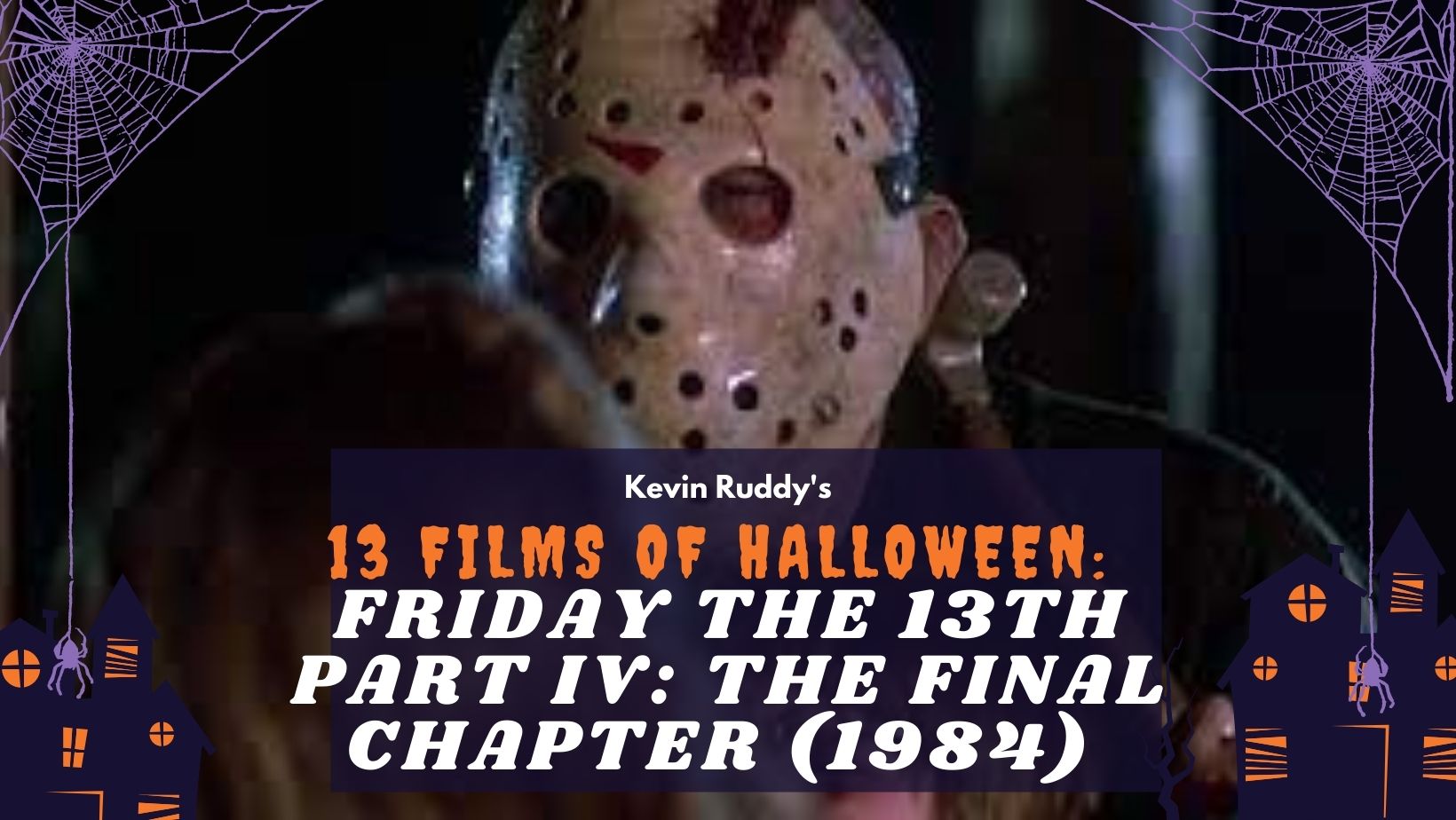 The Friday the 13th series is a funny one for me, not only is it thrashy by nature with it’s B-movie feel and questionable acting, but it can also be a lot of fun. With the fourth instalment ‘Friday the 13th Part IV: The Final Chapter’, it has everything one would expect from a Friday movie. It has sex, nudity, creative kills, and Jason at his despicable best.

It is by far the most entertaining and meaningful Friday the 13th movie, trust me, I never thought those words would enter my head while writing this review, but I stand by it. It has an interesting group of characters this time around, we have the Jarvis family consisting of Tracy Jarvis (Joan Freeman), Trish Jarvis (Kimberly Beck) and mask creator Tommy Jarvis (Corey Feldman). They are the main brunt of the narrative, and we mostly follow their story until they encounter Jason.

That is to the credit of director Joseph Zito and writer Barney Cohen who make us care for the majority of the kids before they are ultimately killed off, and when they do die it is genuinely depressing.

Looking at the story, it literally is a carbon copy of the three prior movies, follows the same formula and everything. The movie picks up immediately after the previous one, with Jason’s ‘’dead’’ body laying flat in the barn and is then brought to the morgue where believe it or not Jason comes back to life and kills a nurse and morgue attendant before heading home.

So yeah, Jason returns to Camp Crystal Lake on Friday…the…13th…. well kind of. The continuity is a bit muddled here. With one character called Rob trying to hunt down Jason after he killed his sister Sandra (who previously appeared in Part 2) but if you do the Math, Part 2 was said to have taken place on Friday, Part 3 on a Saturday, so Part IV should have been renamed Sunday the 14th by all intents and purposes, but hey, that’s neither here nor there. 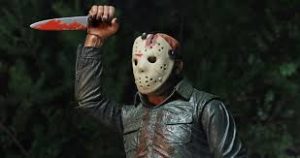 Consistency and attention to detail was never Friday the 13th’s Forte.

What is however the series’ strong point is its kills, sex, and nudity, and oh boy do we get a lot of them in this film. Jason is as brutal as he ever has been this time around, crushing a poor guy’s head in the shower, picking up another guy by the balls with a speargun and a hospital employ getting his neck slashed by a hacksaw and gets his head snapped in all its 360 degrees glory. The filmmakers know that fans and audiences want relentless violence, and they get it in spades here.

The standout performances here are from Corey Feldman and a very young Crispin Glover who plays sexually frustrated Jimmy. He steals the show with his extremely odd dance scene to the tune of ‘’Love Is a Lie’’ by Lion. Feldman brings his all for such a young actor, with a cute and thoughtful portrayal of a young kid who when faced against a homicidal maniac, has brains to eventually defeat him.

Tom Savini returns to the franchise with the visual makeup for Jason and the death scenes, his makeup is truly on full effect here, with both gruesome and efficient blood, guts, and gore throughout. At times the movie feels like a Jason movie on acid and to that effect it delivers what its supposed too.

When Jason is unmasked it is pretty memorable, disfigured and with scars from the three previous movies you get a good look of what he looks like under that hockey mask before his hilariously brilliant death scene in the final act.

Paramount Pictures (the distributor of the series) wanted to the end the franchise for good due to the negative reception they endured for being involved in the series. The film was billed as ‘The Final Chapter’. The film became a massive box office success, much to the dismay of film critics, but nonetheless the series ironically continued a year later with the abysmal ‘’Friday the 13th: A New Beginning’’. 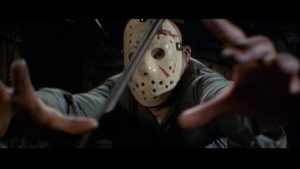 Before I finish up here, this is a Friday the 13th movie at the end of the day, it does exactly what it says on the tin and is just a rehash of the previous three movies. But it is by the far the most enjoyable and most ‘’Friday the 13th’’ movie of the entire Friday movies, a real 80s slasher that doesn’t overstay it’s welcome. Its death scenes are creative and fun, Jason is a menace, the characters are the best in the series and for a film called ‘’The Final Chapter’’ it delivers big time, even though there were 8 more sequels after that but let’s not go into that.