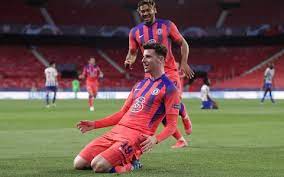 Chelsea last night banished the demons of their embarrassing defeat to West Brom at the weekend with a competent victory over Porto in the Champions League.

The 2-0-win leaves Chelsea in a great position of progressing to the semi-finals for the first time in seven years.

The Blues came into the game in full force without any injuries, while the Portuguese side was missing midfielder Oliveira and Iranian forward Taremi due to suspensions.

Both teams had landed shocks in the Round of 16 with Porto beating Ronaldo and Juventus and Chelsea humbling Spanish league leaders Athletico Madrid.

Porto began the fixture as the more threatening side with two Otávio shots coming closest to opening the scoring.

The first goal came after the half an hour mark with a Mason Mount strike. Jorginho played a simple ground pass behind the Porto midfield, with one-touch Mount spun around a poor Sanusi tackle and firing low past an unready Marchesin.

Porto began the second half on the hunt for a goal back with pressure mounting on the Chelsea defensive line.

Werner missed the chance to grab a goal against the run of play after a Rudiger long shot was spilt by the Argentine keeper. Although the chance was missed, the London team grew in confidence again.

Porto thought they had a shout for a penalty with 20 minutes to go when Marega was felled by captain Azpilicueta but VAR and the referee deciding that the forward went down too easily.

Tempers flared as the game slowed to a stuttering pace between fouls and dives. Pulisic missed a great chance to double the lead, beating the keeper but smashing the crossbar.

The miss was soon forgotten about when Chilwell rounded the keeper to score Chelsea’s second. Corona failed to control a long ball, allowing the English fullback to burst through a tired Porto defence, deftly beating the keeper.

With the help of some defensive substitutes, Chelsea held out the Porto attack to keep their two-goal lead.

Although both legs of this fixture have been moved to the Sevilla stadium in Spain, this game was considered the away leg for Chelsea and the ‘away goals’ will prove important in this tie.