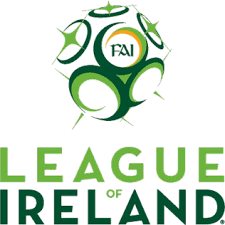 The latest rounds of the League of Ireland saw the Premier Division get even tighter and a goal-fest in the First Division.

Local side Treaty United got their first win of the season in their first home game with a slender victory over Wexford Youths.

Anthony O’Donnell netted for the home side at Markets Field but a second-yellow for Clyde O’Connell dampened an otherwise bright Friday night for the young club.

Elsewhere on Friday, Cabinteely took down Cork City under the lights on Stradbook Road to get some breathing space at the summit of the First Division table.

An own goal from Leesider George William Heaven gifted the Dubliners all three points.

The other First Division games played on Friday night were more likely to catch the attention of neutrals as there were goals galore.

The league’s top scorer Stephen Meaney bagged a brace after an own goal from Galway’s Gary Boylan gave the midlands side the lead.

20-year-old Wilson Waweru got a consolation goal for the away side on an otherwise forgettable night for his team.

Shelbourne and Bray Wanderers played out a 3-3 draw at Tolka Park.

The away side came back from 2-1 down to earn a point in an exciting affair which saw both sides trade blows from the beginning.

Shelbourne’s Georgie Poynton and Bray’s Brandon Kavanagh had their shooting boots on with both midfielders scoring a brace each.

Sligo Rovers brought an end to Longford Town’s impressive start to the season and put pressure on other title challengers with a 1-0 away win courtesy of Garry Buckley’s early second-half goal.

Shamrock Rovers got their first win of the season at home to Dundalk with goals coming from midfield duo Daniel Mandroiu and Dylan Billy Watts.

Patrick Hoban scored late for last year’s European adventurers but could not salvage a point.

Derry City’s losing streak continued as 10-men Waterford got their first win of the season at the Brandywell – a sublime free-kick from Shane Griffin inspiring the side to victory before Oscar Brennan received two yellows in quick succession.

Cameron McJannett scored his first goal for Derry to help his side back into the game before they eventually succumbed to defeat.

UCD blew Cobh Ramblers away at Saint Colemans Park, putting on a show in the empty stadium as they cruised to a 4-0 victory with Sligo man Liam Kerrigan netting twice.

The Airtricity Leagues return on Friday night with all first division games scheduled for 7:45 pm and two ties in the Premier Division kicking off at the same time.

Treaty United host Cobh Ramblers on the day and time above.

Cork City and Athlone also battle it out in the First Division while Dundalk and Bohemians go head-to-head at Oriel Park.

The weekend is rounded off with the champions Shamrock Rovers visiting Sligo Rovers on Saturday at 6:00 pm.