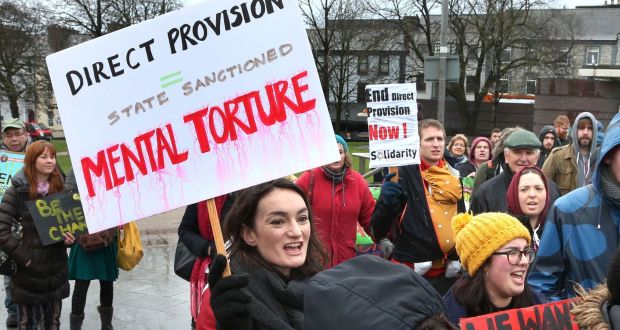 The University of Limerick have defended its stance to contract Aramark according to an article in the Irish Independent today.

A spokesman for the university told the paper it was aware of student concerns and had raised the issues with Aramark.

They defended their University of Sanctuary status stating they offer those living in Direct Provision a chance to go to university, with 17 scholarships being funded this year.

Aramark have admitted leaflets were sent out in response to student criticism of their role in direct provision.

A spokesperson for the catering company on campus told the Irish Independent they have been “providing information at our locations to ensure that our customers are fully informed of the facts.”

UL student and An Focal contributor Clodagh Guerin, who wrote the original article about Aramark’s links to direct provision, said universities ties to the company were of “huge concern.”

“The facts have come out and are very clear. Aramark are a company that we should not support.”

“By supporting them fiscally, we are supporting indecency and neglect.”

Clodagh believes students “do not feel comfortable” being associated with a company “that denies mothers and babies food.”

UL Student Life President Ciara-Jo Hanlon said she was “very disappointed” in the University for issuing this response in light of the call given to them by students who do not want Aramark on campus.

“I urge the university to look beyond the bounds and confines of a contract and to look and engage with the lives of these people living in the cruel environment that is direct provision.”

“I urge them to look especially at our very own sanctuary students and recognise how Aramark are profiting from their hardship and UL in turn are contributing to Aramarks profits.”

“We’ve already been in touch with Dr Des Fitzgerald about our concerns over the contract with Aramark and urged them to terminate the contract.”

“We will continue to do so through the official channels and through other meetings with senior university staff.”