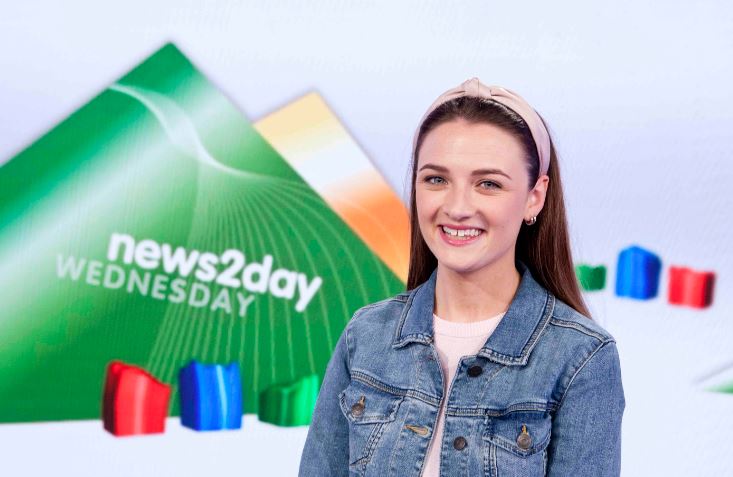 Aisling Moloney, from Dungarven, County Waterford, has been announced as the latest addition to the news2day team.

The television news programme, aimed at children, airs on RTÉ 2 and RTÉ News Now, and is enjoying is 16th season, after debuting in 2003.

Aisling studied journalism and new media at University of Limerick.

During her time at the University of Limerick, she worked for The Daily Mail newspaper in London, and also studied at an Australian university, where she had the opportunity to travel all over Western Australia.

After finishing her degree, Aisling worked with Limerick’s Live 95FM and The Sunday Business Post.

Following a call out to media and journalism graduates across the country, and a comprehensive audition process, Aisling was chosen to join the team and began broadcasting live this week on RTÉ2 and RTÉ News Now.

She joins current news2day presenter Cillian Sherlock, from Claremorris, Co.Mayo, who is also a graduate from UL’s Journalism and New Media course.