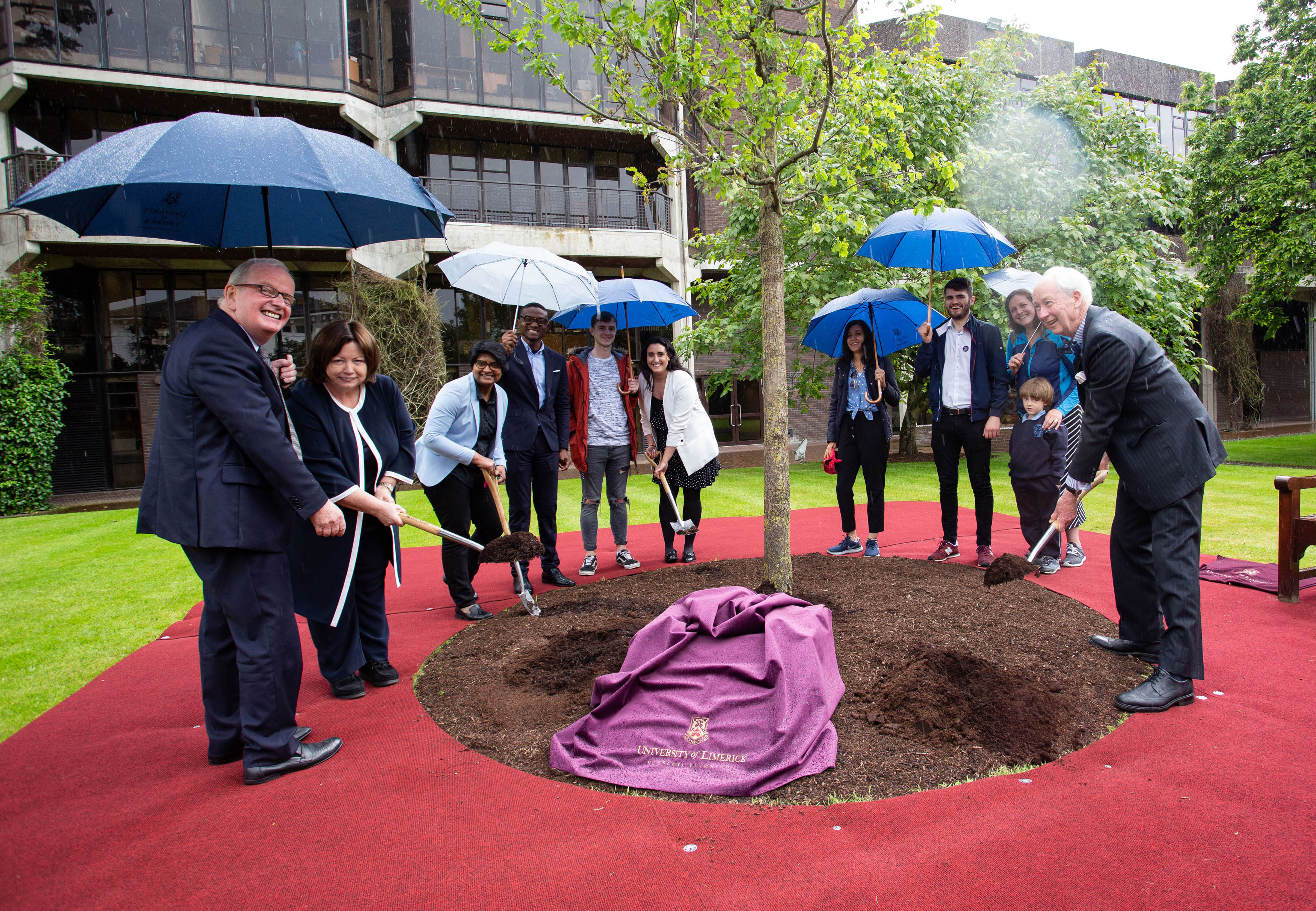 This year marks 30 years since the University of Limerick gained University status.

The University of Limerick was founded in 1972, but did not gain University status until 1989.

It became the University we study, play, and eat delicious Stables chicken fillet rolls in today after the passing of the Universities Act in 1989.

In June, a commemorative ceremony was held, where a tree was planted and the legislation becoming law was celebrated.

Big hits of 1989: Eternal Flame by The Bangles, Ride On Time by Black Box, Belfast Child by Simple Minds and Sweet Child Of Mine by Guns N Roses.

The 80s are generally regarded as the best decade for music.

It truly had something for everyone, from the English New Wave scene, the pop sensibilities of Depeche Mode, Frankie Goes To Hollywood, Soft Cell and Pet Shop Boys, to the hard-rocking sounds of Metallica, Megadeth, Anthrax, Slayer and Iron Maiden.

1989 was the year the dastardly trio of Stock-Aitken-Waterman had their vice-like grip on pop music.

You may not know the name, but SAW penned tunes for the likes of Kylie Minogue, Rick Astley, Bananarama, and Jason Donovan.

1989 was their peak, with the trio seeing a whopping six of their produced tracks hitting number one.

Yeah, we have no idea either.

Truly, an awful end to what is otherwise, a vintage decade for music.

Politics:
1989 best known as the year when the Soviet Union paid the price for hiring cheap building contractors, as the Berlin Wall came tumbling down in November of that year, but the year was an especially eventful one, both at home and abroad.

The Romanian revolution coming to a bloody end that Christmas Day, Gorbachev and Reagen effectively ended the Cold War at the Malta Summit in December, and the brutal Chinese crackdown on protesters at Tiananmen Square in June have all found their way into history books.

Closer to home, Ireland went to the polls in June, and the fifth general election in eight years saw Fianna Fail and the Progressive Democrats take power.

1989 was the birth of the modern blockbuster.

Historians and film school nerds say Jaws and Star Wars invented the blockbuster in the mid-1970s, but Tim Burton’s Batman truly was a phenomenon like no other – and we’re still feeling the effects today.

If you’ve ever read an article, astonished that Robert Downey Junior is making 80 million per Marvel movie, that all comes down to Jack Nicholson playing The Joker in Batman.

Jack Nicholson offered to play The Joker for 6 million dollars (12.4 millon in today’s money, his quote was 10 million dollars in 1989, which is 20.6 million now) in exchange for a 15% of the films box office and merchandise.

Based on box office alone, Jack Nicholson has made over at least 100 million dollars for his work on Batman – we may never truly know how much he earned off merchandise, but let’s just say he’s not posting his IBAN details on his Instagram story asking for a fiver.

Other films of 1989: Indiana Jones and The Last Crusade, Do The Right Thing, Dead Poets Society, Back To The Future 2, When Harry Met Sally and the peak of all cinema, Roadhouse.

The biggest sporting news story of 1989 barely involved sport at all.

The year was overshadowed by the tragedy at Hillsborough in Sheffield, where 96 spectators were crushed to death before an FA Cup semi-final between Liverpool and Nottingham Forest.

It was a defining moment in British football history, as it led to the phasing out of standing in stadiums, and was ultimately the impetus for owners and the FA to start treating football seriously after years of neglect.

On a more light-hearted note, 1989 was the first year the Mayo curse reared its head after Cork beat the Mayo men 17 points to 1-11 in the Gaelic, while the hurling final was one for the ages: Tipperary roaring to a 4-24 to 3-9 win over Antrim in their second, and to date, last All-Ireland final.

Fans of Golf were also treated to the epic showdown between the United States and Europe, with Europe ultimately prevailing.