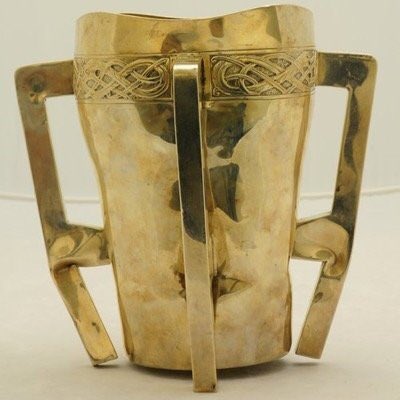 UL are one game away from winning four Ashbourne Cups in a row for the first time in the college’s history after a comfortable semi-final victory against DCU.

The Limerick college beat DCU in the group stage by three points, and another close encounter was expected.

The defending champions started brightly with an early long-range point from Sarah Fryday before Galway’s Niamh Hannify doubled their advantage.

The Dublin college were struggling to gain possession as Mairead Burke struck the defending champions’ fourth point before Roisín Howard hit the crossbar when going for goal.

DCU had never reached the final of this competition before, and they knew they needed a score quickly to stay in the game.

They got their first point after 15 minutes when Kildare’s Ciara Egan scored a difficult free from near the right-hand touchline.

DCU had hit three previous frees short with both Egan and midfielder Kelly Ann Doyle struggling to find their range. The Dublin side were awarded nine frees compared to UL’s two in the first half.

A Carton free restored UL’s five-point lead before the Limerick side struck for a decisive blow on the 20-minute mark.

Joint captain Aoife Keane caught a long clearance in the full back position before she found Newcastle West club woman Rebecca Delee in the half-back line.

The dual star turned inside DCU full back Ciara O Shea before offloading to Sarah Fryday.

The Tipperary woman rounded the goalkeeper before handpassing to the net.

DCU responded immediately as they began winning more of their own puckouts.

They won six of their 12 puckouts in the first half after losing four of the first six.

Kilkenny intermediate hurler Steffi Fitzgerald struck over a badly needed score for her college before the Gowran club woman repeated the trick two minutes later from outside the 45-metre line to leave the score at 1-6 to 0-3.

She played a low ball inside to Caoimhe Lyons who rounded her marker despite being fouled before handpassing the ball over goalkeeper Aoife Norris’ head to give UL a 2-6 to 0-3 lead.

Kilkenny’s full back Ciara O’Shea was booked for dragging the corner forward back before her fellow county player Nicole Carter was yellow carded a minute later for a high challenge on Oranmore-Maree club woman Niamh Hannify which led to UL being awarded a penalty.

Mairead Burke took the penalty, but her shot was comfortably saved by DCU’s corner back Eimear Corr.

Sarah Fryday almost scored a third UL goal when her handpass hit the crossbar before going over.

Roisin Howard hit another point for the defending champions.

The second half was a scrappy affair as the rain arrived and made it hard for both teams to play free-flowing camogie.

The Camogie League Division 1 Player of the Year for 2017 Beth Carton hit UL’s first, second half score with a 45 before the sides struck five wides between them in the following ten-minute period.

The sides traded points with Carton pointing a free before a well take Kelly Ann Doyle point left the score at 2-10 to 0-4 after 42 minutes.

DCU began to empty the bench, and it was Cork substitute Claire Sexton that scored a goal after wing forward’s Ciara Phelan’s shot dropped short.

Sexton reacted quickest and pulled first time past UL goalkeeper Roisin Breen to give DCU hope of a comeback.

A Rachel Harty point was followed by an inspirational free from 50 metres out by Doyle as the DCU supporters sensed a momentum swing. The UL half forward line began to drop deeper and deeper, and this was inviting DCU pressure on.

Beth Carton steadied the ship after winning a UL puckout before striking an effort from 40 metres out to make it 2-11 to 1-6 with 54 minutes gone.

A Carton free sealed the victory as UL now face UCC in the final for the fourth year in a row.

DCU will be left to rue a poor first half in which they missed five scorable frees.

UL know they will need a better performance if they are to beat the Cork college as they only registered four second-half points, which were all scored by Beth Carton.