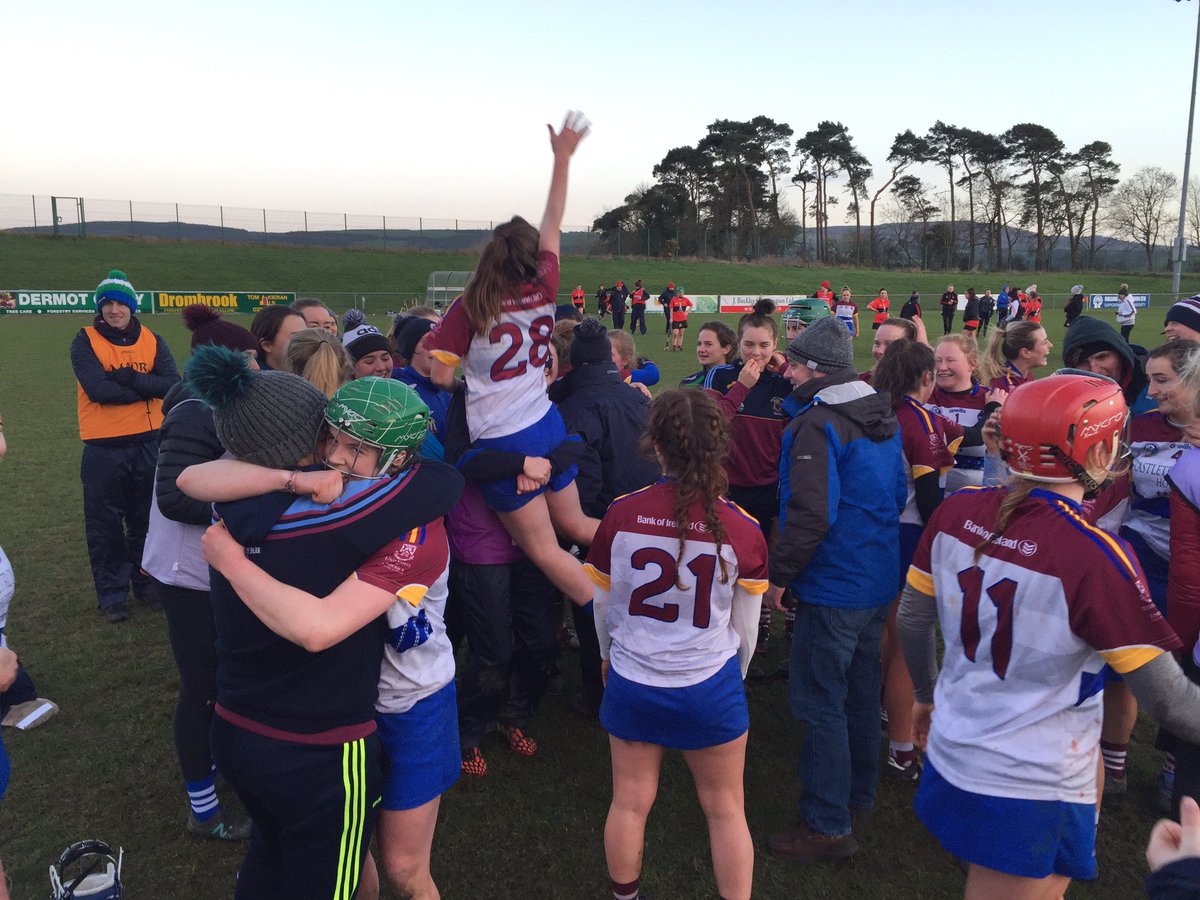 University of Limerick has won four Ashbourne titles in a row for the first time in the college’s history as they defeated University College Cork in a physical encounter.

Goals at the beginning of each half set UL up for a fourth consecutive Ashbourne Cup and fifth in six seasons at the fantastic Mallow GAA Complex.

This was the fourth year in a row that the sides have met in the showpiece event, with UL winning the three previous encounters. Neither side had lost a game en route to the final as both teams sought to maintain their 100 percent record in the competition.

The defending champions made a dream start when Rebecca Delee scored a goal with 50 seconds on the clock. UL won the throw in before the ball was recycled to Waterford player Beth Carton.
The All-Star award winner for 2018 played a diagonal ball into space for Delee. The Limerick woman had a lot to do, but she placed the sliotar underneath UCC goalkeeper Aoife Walsh to give UL the perfect start.

A free from Carton put UL 1-1 to 0-0 after two minutes. The skull and crossbones needed to respond, and they did through a Niamh McCarthy point. A Caoimhe Lyons point after a clever free by centre back Clare Hehir restored UL’s four-point. The Cork college responded with a free of their own by All-Star and Player of the Year nominee Chloe Sigerson

Tipperary’s Sarah Fryday struck a nice score off her left-hand side as the defending champions began to gain control. Two further frees by Carton gave UL a 1-5to 0-2 cushion after 12 minutes. UL would fail to score for 20 minutes as the intensity increased.

A UCC free was almost flicked to the net before Sigerson pointed the resulting ’45. Two further frees from Blackrock’s Haley Ryan reduced the deficit to three points, 1-5 to 0-5. UL had won four of the first five frees before the Cork side won six frees in a row with UCC using them to their advantage.

UCC added another point as UL were struggling for scores. Niamh Hannify twice went close to scoring the reigning champion’s second goal. The Maree Oranmore club woman pounced upon a mix up in the UCC defence from a short free. She burst through on goal, but the referee decided that the full forward was barging and awarded a free to the Cork college. A minute later she forced an excellent save from Kilkenny’s Aoife Walsh in the UCC goal after Hannify attempted to hand pass to the net.

The 2015 Soaring Star recipient Beth Carton pointed the resulting ’45 on the stroke of half time to hand UL a 1-6 to 0-6 lead at the break.

The second half was a physical affair as both half forward lines dropped deep to support their defences. Another Hayley Ryan free in the 34th minute gave the 33 time champions the opening score of the second half.

With 37 minutes gone, the decisive moment of the game occurred. A Carton free from 50 metres out dropped short. UCC goalkeeper Aoife Walsh opted the bat the ball instead of catching it. The decision proved costly as the breaking ball fell to Hannify. She had plenty to do, but the Galway woman created enough space to hand pass the sliotar to the net.

There was no score for the following ten minutes as both defences reigned supreme. Sigerson missed a crucial free for UCC before Blackrock’s Hayley Ryan pointed a ’45. The Cork side needed a goal to bring them back into the game, but two vital interventions from UL fullback Mary Ryan prevented them from troubling goalkeeper Roisin Breen.

A fantastic score from Cork All-Ireland winner Hannah Looney narrowed the gap before UL struck a score of their own. The Limerick college finished strongly with Roisin Howard pointing before a well-worked Rebecca Delee score made it 2-8 to 0-8.

UCC tried desperately to break down a resolute UL rearguard but to no avail. In the third minute of additional time, Carton drove a free into the UCC area. The ball broke to Hannify who was surrounded by UCC defenders. She powered past two defenders before striking a low shot across Aoife Walsh which gave the goalkeeper no chance.

Referee Liz Dempsey blew the final whistle from the resulting puckout as UL celebrated a ninth ever Ashbourne Cup title. It is only the seventh time in the history of the competition that a team has won four or more Ashbourne titles in a row.