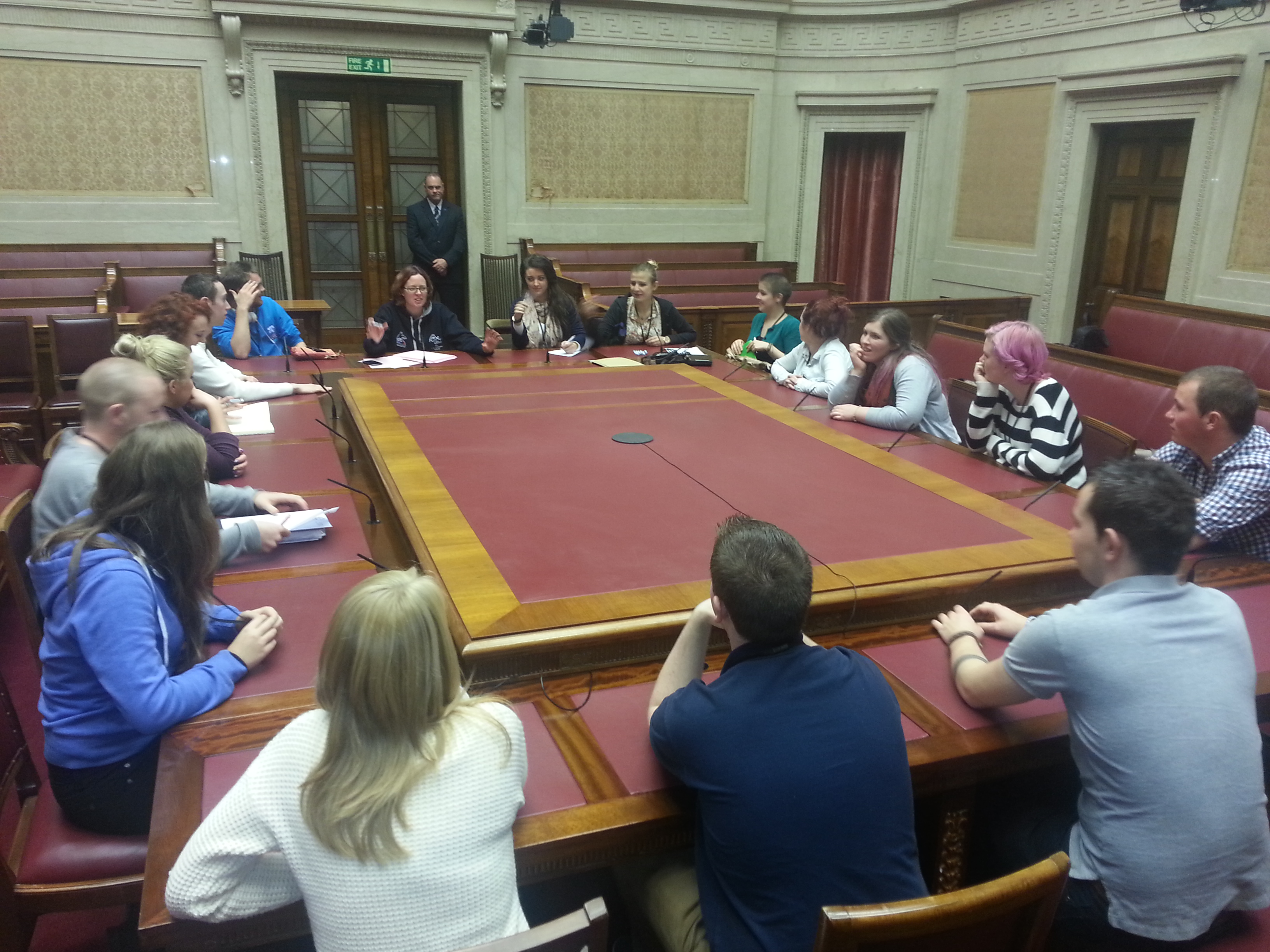 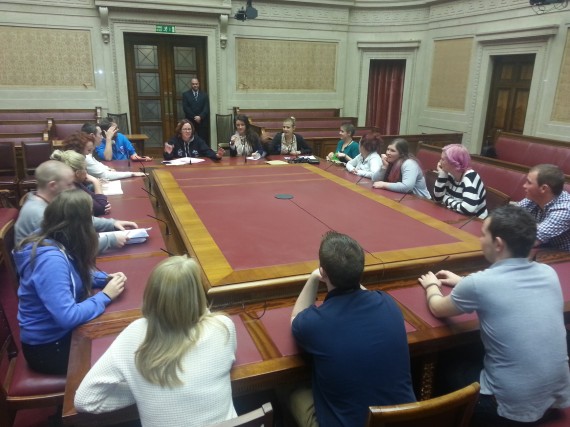 AFTER months of planning and with the support of the Ulster Bank Enablement fund, 26 members of Student Council headed to Belfast during the Halloween week. The main purpose of the visit was to learn about democratic structures in the Northern Ireland Assembly and for council members to get to know each other. The itinerary included a day-long visit to Stormont, The Titanic Centre, Crumlin Road Gaol and a guided political tour of Belfast City. Everyone on the trip was a representative of a different university department or a particular interest group for UL students. The trip was an overwhelming success but the highlight for everyone was the visit to the Northern Ireland Assembly in Stormont.

From the moment we drove up the world famous avenue to Stormont we were all taken in by the sheer size and position of the parliament building. The Stormont Assembly has a dedicated Education Service who provided us with an excellent guide to explain the history of Northern Ireland, Stormont and the responsibilities of the Assembly and its’ Committees. It was interesting for our Student Council to see how our simple Student Council governing structure compares to the Assembly. Most people in Ireland and Britain know the basic background of how the Northern Ireland Assembly (NIA) was founded. The NIA is the devolved legislature for Northern Ireland. It is responsible for making laws on transferred matters in Northern Ireland and for scrutinising the work of Ministers and Government Departments. The Assembly committees are created using the D’Hondt system which ensures that the Assembly allocates positions of power in proportion to the number of seats each party hold on the first day it meets after an election. There is no Opposition in the Assembly. Every decision must be reached through consensus.

The history of Stormont Parliament Buildings began in 1920 with Northern Ireland Home Rule. The building was officially opened in 1932 by Edward, Prince of Wales. The building is full of symbolism, from the 6 pillars on Greek style façade to the six flax flowers on the NIA emblem representing the six counties of Northern Ireland. The flax flower was chosen for the NIA emblem as people from all backgrounds worked in the linen industry.

The ULSU Representation Office organised use of the Stormont Senate Chamber for the afternoon. In order to have use of the Chamber an MLA must sponsor the group visit. MLA Cathal Boylan kindly sponsored our use of the Senate Chamber. Under the watchful eye of Stormont security we debated a wide variety of topics from Horse Racing to Student Fees and Social Media. Having use of the Senate chamber, sitting around a table where everyone is given equal importance gave a whole new dynamic to the group debates. Students who normally did not like speaking in front of others or voicing their opinions did speak and did explain their stance on particular topics. Everyone respected each other and while opinions were very differing, everyone listened to what was being said. It was a very productive and enlightening afternoon.

The debate on whether social media should be censored was not long. The consensus by everyone was that it is impossible to censor anything on the internet now, BUT there does need to be effective education for secondary school students about how they manage their own social media use. Given the pace at which applications are created and immediacy people feel compelled to respond to comments, the UL Students asked is there a way that they could help educate secondary school students about what they post on the internet and the long-term consequences. Would secondary school students be more receptive to current college students rather than their teachers or parents advising them how to deal with negative internet posts? How could this be trialled? Is it already being done?

By the end of our day in Stormont security were ushering us out so they could lock up and go home. I imagine they had an interesting afternoon listening to us debate all sorts compared to the normal NIA committee discussions. The entire Belfast trip was a success. Belfast is an exceptionally welcoming city, as our guide told us Belfast people might despise each other but they love visitors and are very proud of their city. I mentioned at the start that this trip was largely sponsored by the Ulster Bank Enablement Fund. It would have been very difficult for this trip to happen without their generous support, for this we are very grateful.